Union Govt developed a National Strategic Plan to end TB by 2025
On June 24, 2019, Ashwini Kumar Choubey, Health, and Family Welfare Minister stated that the Government has developed an ambitious National Strategic Plan to end Tuberculosis (TB) by 2025.
Key points:
i. As per the Global TB report, India accounts for 27.4 lakh new TB cases annually which are 204 per lakh population for the year 2017.
ii. India ranks 35th in the world in terms of TB cases per lakh population.
iii. In 2018, Over 5 lakh 62 thousand patients were cured of TB.
iv. The Vision is of a TB free India is zero deaths, disease, and poverty due to tuberculosis.
v. The Goal is to achieve a rapid decline in the burden of TB, mortality, and morbidity. The requirements for moving towards TB elimination in India have been arranged in four strategic areas of Detect, Treat, Prevent & Build.

Odisha CM releases Flood Hazard Atlas for effective management of flood
On June 22, 2019, The State Government of Odisha released a Flood Hazard Atlas for efficient management of flood in the state. It was released by the Odisha Chief Minister (CM) Naveen Patnaik. This is jointly prepared by the National Remote Sensing Centre (NRSC) of ISRO (Indian Space Research Organization) and Odisha State Disaster Management Authority (OSDAMA) analyzing data relating to flood from 2001 to 2018. 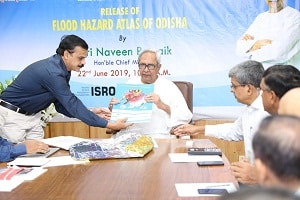 Key points:
i. The data shows crop around 8.96% (13.96 lakh hectares) of land is being affected by flood every year in Odisha.
ii. Eight out of 30 districts such as Bhadrak, Kendrapara, Jagatsinghapur, Balasore, Puri, Jajpur, Khordha, and Cuttack districts are more flood-affected districts. 77% of Bhadrak and 70% of the Kendrapara district have been categorized as flood hazard.
iii. Disaster-prone areas of the state could be identified and proper planning made through the atlas to tackle the calamities
iv. The CM directed the water resources department to ensure all breaches in the embankment is closed and the Odisha Disaster Rapid Action Force (ODRF) and Fire Service Organisation to stay prepared with boats and other rescue equipment.
v. Odisha has managed several disasters include cyclonic storm Titli in 2018-19 and extremely severe cyclonic storm Fani in 2019.
About Odisha
♦ Capital: Bhubaneswar
♦ Governor: Ganeshi Lal

CPWD constituted a 7 member core group for the implementation of vision document
The Central Public Works Department (CPWD), which comes under the Ministry of Housing and Urban Affairs (MoHUA), constituted a seven-member core group chaired by Additional Director General (training & research) M K Sharma to prepare a roadmap for implementation of a five-year “vision document” (STVD) as directed by Prime Minister Narendra Modi. The other members of the group are C K Verma, lndu Gural Chaudhary, Harish Kumar, Naimuddin, Manish Kumar and Rajesh Kumar.
Key Points:
i. The core group has been asked to submit its report within 15 days.
ii. Prime Minister Narendra Modi in a recent meeting with secretaries had directed every ministry to prepare a five-year Vision Document (STVD) within a month.
iii. Every ministry will prepare a 21-day impactful agenda and ensure cabinet approval if needed, minister’s approval, financial arrangement and ensure that it is achieved in 100 days.
iv. The Core group will suggest a roadmap with clear action plan indicating specific milestones and timelines on the issues on which action is to be taken in future and it will post the progress to Director General Prabhakar Singh on a daily basis.
v. MoHUA has nominated its Additional Secretary Sanjay Murthy as nodal officer to prepare a roadmap for the vision document at the ministry level.
About MoHUA:
♦ Headquarters: New Delhi
♦ Founded: 1952
♦ Minister In-charge: Hardeep Singh Puri (MOS independent charge)

Key Points:
i. With this, it became the first country in the Gulf to launch this platform.
ii. In order to avoid penalties, all financial institutions in the UAE must register on the new platform by June 27, 2019. More than 900 entities including, banks, insurance companies and money exchange centres, are required to register on the platform.
iii. This platform will help FIU to prevent money laundering, financing of terrorism and other illicit financial activities.
iv. ‘goAML’ was developed by UNODC as a strategic response against financial crime, as advised by the Conference of the Parties to the United Nations Convention against Transnational Organized Crime.
About UAE:
♦ Capital: Abu Dhabi
♦ Currency: UAE Dirham

Nepalese nationals must have a visa to enter India via Pakistan, China,  Hong Kong and Macau
The Nepalese Embassy in New Delhi issued a notice stating that Nepalese nationals must have a visa if they are entering India from Pakistan, China, Hong Kong, and Macau. This was done to increase security in the country.
Key Points:
i. It also notified that Nepalese nationals who travel to Gulf countries, including Saudi Arabia, Qatar, Kuwait, Oman, Bahrain, and Lebanon are required to acquire No Objection Certificate (NOC) from the respective Nepalese Embassies.
ii. A traveller must submit an application to the respective embassy along with relevant documents, including employment permit, ticket and visa of the destination country, in order to get the NOC.
iii. As per the data from Nepal foreign ministry, there are 4 million Nepalese working and studying in India.
About Nepal:
♦ Capital: Kathmandu
♦ Currency: Nepalese Rupee
♦ President: Bidhya Devi Bhandari
♦ Prime Minister: KP Sharma Oli 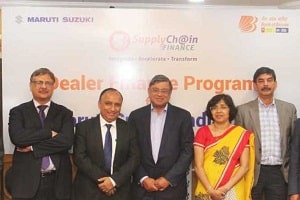 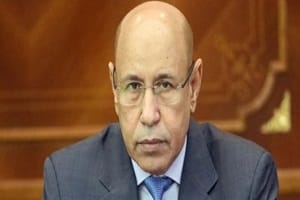 i. Anti-slavery activist Biram Dah Abeid (Independent) stood second with 18.58% votes and Sidi Mohamed Ould Boubacar (Independent), who is backed by the country’s biggest Islamist party, stood third with 17.87% votes.
Mauritania held elections for the first time in 60 years
Mauritania held elections for the first time since it gained independence (28 November 1960) from France nearly 60 years ago. After independence, it was ruled by Non-elected military governments.
About Mauritania:
♦ Official name: The Islamic Republic of Mauritania
♦ Capital: Nouakchott
♦ Currency: Mauritanian ouguiya 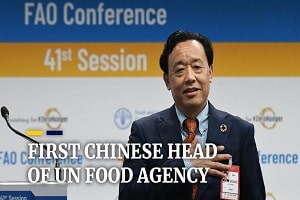 Key points:
i. He won 108 votes, followed by Catherine Geslain-Laneelle of France (the first woman to run for the post, a former head of the European Food Safety Authority) with 71 votes and Georgia’s Davit Kirvalidze(a former agriculture minister) with 12 votes in the first round of voting.
ii. The election held as the fight to eradicate world hunger is threatened by global warming and wars, as FAO has sounded the alarm over rising food insecurity and high levels of malnutrition.
iii. He is also required to put policies in place now in preparation for feeding a world population which is expected to increase from 7.7 billion people to 9.7 billion in 2050.
iv.  Qu, a biologist by training, has 30 years experience, will have to support for small-holder farms and fisheries to combat the ills of intensive farming, food waste, and poverty.
About FAO:
♦ Headquarters: Rome, Italy
♦ Founded: 16 October 1945 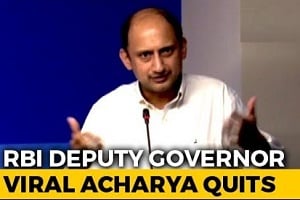 Key points:
i. Acharya, who was in charge of monetary policy, will return to New York University as an economics professor in August instead of February 2020.
ii. He had raised concern over the importance of RBI’s independence in October 2018.
iii. The RBI is now left with three deputy governors N S Vishwanathan, B P Kanungo and M K Jain.
iv. Viral Acharya has co-authored research papers with former RBI Governor Raghuram Rajan.
About RBI:
♦ Governor: Shaktikanta Das
♦ Headquarters: Mumbai

India scraped $500 mn arms deal with Israel
India scraped $500 million arms deal with Israel for the purchase of Spike anti-tank missiles from defence contractor Rafael Advanced Defense Systems. This was done after Defence Research & Development Organisation (DRDO) claimed that it could deliver an alternative with a partnership with VEM technologies Ltd within two years.
Key Points:
i. The project was given to DRDO due to the fast progressive second stage of testing Man-Portable Anti-Tank Guided Missile (MPATGM). MPATGM was successfully test-fired at the Ahmednagar range in September 2018.
ii. India’s deal with Israel for 321 Spike launchers and 8,356 missiles was initially struck in October 2014 after the Defence Ministry selected Spike over the US-made FGM-148 Javelin. Later, it was scrapped in December 2017 in favour of DRDO.
iii. It was reauthorized in January 2018 after Israeli Prime Minister Benjamin Netanyahu’s visit to India. Rafael opened a production facility in India with local partner Kalyani Group in August 2018.
About Israel:
♦ Capital: Jerusalem
♦ Currency: Israeli new shekel

Key points:
i. China won the event with 68-0 scores against the Philippines.
ii. The tournament was one of the qualifying rounds for the 2021 Women’s Rugby World Cup, which to be held in New Zealand.
iii. Societe Generale, the financial partner of Rugby India supported the Indian team, which is participating under the aegis of the Indian Rugby Football Union (IRFU), the governing body for the sport of Rugby in India. 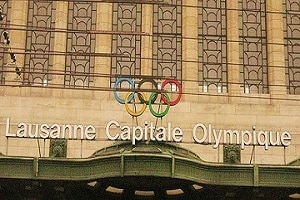 Key Points:
i. The newly built headquarters was designed by architecture firm 3XN of Denmark.
ii. It is built on the site of the former headquarters and 95% of the old materials were reused and recycled.
iii. The signature feature of the new building is a central staircase which links the five Olympic rings. It brings around 500 IOC employees under one roof.
iv. IOC members gathered in Lausanne to choose the 2026 Winter Games host among the candidates- Milan-Cortina from Italy and Stockholm from Sweden.
v. Lausanne will host the 2020 Youth Olympic Winter Games.
About IOC:
♦ President: Thomas Bach
♦ Founders: Pierre de Coubertin, Demetrius Vikelas
♦ Founded: 23 June 1894; Paris, France 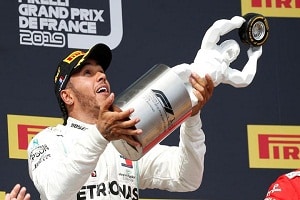 Key Points:
i. He won the race over Valtteri Bottas of Mercedes (Finland) who secured 151 points.
ii. Charles Leclerc of Ferrari (Monaco) finished third, Max Verstappen of Red Bull (Belgium) was fourth followed by Sebastian Vettel of Ferrari (Germany).
About French Grand Prix:
♦ It is one of the oldest motor races in the world as well as the first “Grand Prix”.
♦ First held: 1906
♦ Most win- Drivers: Michael Schumacher (Germany)
♦ Most win- Constructors: Ferrari 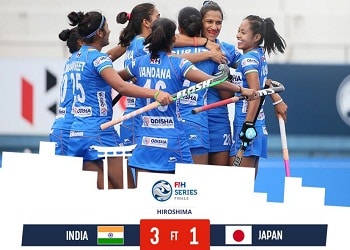 Key Points:
i. Indian team Captain Rani Rampal scored the first goal in the 3rd minute and Gurjit Kaur scored 2 goals at the 45th and 60th minutes.
ii. Japan’s Kanon Mori scored the goal for the team in the 11th minute.
iii. Rani Rampal was the best player of the tournament and Gurjit Kaur emerged as the top-scorer.
iv. The World No. 9 Indian team had qualified for the FIH Olympic Qualifiers 2019 on June 22, 2019 after securing a place in the Final of the competition.
About FIH/ International Hockey Federation:
♦ Headquarters: Lausanne, Switzerland
♦ President:  Narinder Batra
♦ Founded: 7 January 1924 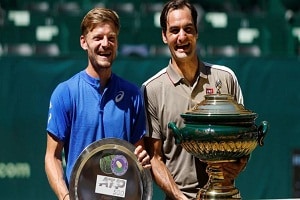 Key points:
i. Federer beat Goffin with7-6 (2) 6-1 scores to win the Halle Open title for the 10th time and secured his 102nd career singles title.
ii. Halle Open 2019 is a part of the ATP (Association of Tennis Professionals) World Tour 500 series of the 2019 ATP Tour.
About Halle Open
It is a men’s tennis tournament held in Halle, North Rhine-Westphalia, Germany. Held since 1993, the event is played on four outdoor grass courts 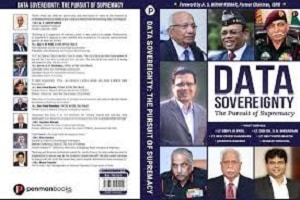 Key points:
i. The book is on the aspect of data generation and consumption which rules the world.
ii. It encourages policymakers on data localization and creates awareness among the people of the country on the potential of data and implications of data being exposed to outsiders.
iii. The other authors of the book are Lt. Gen. V.M Patil, Lt. Gen Dr. D.B. Shekatkar, Lt. Gen Vinod Bhatia, Lt. Gen Vinod Khandare, Jayadeva Ranade, and Bharat Panchal. The book has been published by Penman Books.