In order to make India a $5 trillion economy, expert panel for macroeconomics and employment suggested ways to achieve the target during an interaction with Prime Minister Narendra Modi.
The Session is organized by The National Institution for Transforming India (NITI) Aayog, think tank of the government of India on ‘Economic Policy – The Road Ahead’ which saw participants of over 40 economists and sectoral experts. 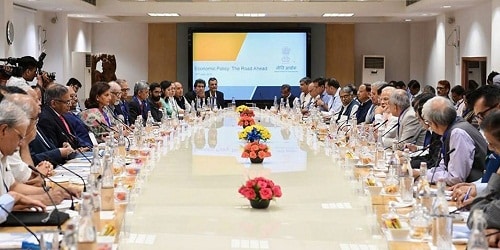