We are here for you to provide the important Current Affairs January 8 2019, which have unique updates of all daily events from all newspapers such as The Hindu, The Economic Times, PIB, Times of India, PTI, Indian Express, Business Standard and all Government official websites. About Articles 15 & 16:
♦ Articles 15, 16 falls under the category of Fundamental Rights in the Part III of the Indian Constitution.
♦ Article 15 states that the State shall not discriminate against any citizen on grounds only of religion, race, caste, sex, place of birth or any of them. Also nothing in this article shall prevent the state from making any special provisions for women, children or any socially and educationally backward classes.
♦ Article 16 guarantees the Equality of opportunity in matters of public employment with no discrimination being done on basis of religion, race, caste, sex, place of birth.

Ministry of Human Resource Development introduced a 70-point grading index to assess the quality of school education
The Union Minister of Human Resource Development (MHRD), Shri Prakash Javadekar stated that the HRD ministry has introduced a 70-point grading index to assess the quality of school education offered by states.
Key Points:
i. A state performance grading will be done wherein the states will be marked out of 1,000 scores on 70 parameters.
ii. By doing so the ministry expects that it will give the correct picture of where every state stands and will create an atmosphere of a fair competition to improve each other’s performances.
iii. In another move the ministry has also decided to print more books of the National Council of Educational Research and Training (NCERT) as against only 2 crore books two years ago.
iv. The ministry has set the target of printing 6 crore books this year so that the parents who want to send their wards to private schools, should get cheaper and quality books.
v.  Furthermore the school curriculum will also be reviewed to ensure holistic education in which there will be time for physical education, value education, life skill education and experiential learning.
About Ministry of Human Resource Development:
♦ Minister: Prakash Javadekar
♦ Minister of State: Dr. Satya Pal Singh, Shri Upendra Kushwaha
♦ Headquarters: New Delhi

Govt allocates Rs 10,900 cr for development of 40 satellite launch vehicles in next 4-years: ISRO Chairman
Dr K Sivan, Chairman, Indian Space Research Organisation (ISRO) announced at a ceremony organized by St Joseph’s College, Trichy, Tamilnadu which is celebrating its 175 anniversary that the Union Government has allocated 10,900 crore rupees for the development of 40 satellite launch vehicles in the next four years
Key Points:
i. He also informed that the Chandrayan-2 Mission will be launched within three months and It will land in one of those part of the Moon which is still unexplored.
ii. He also said that the human space flight Gaganyaan is planned to be launched by 2022, on the occasion of 75th anniversary of Independence.
iii  He also stated that the next year ISRO will be organising the Centenary year celebrations of ISRO founder Dr Vikram Sarabhai in which ISRO will rededicate itself to become a world class organization, capable of addressing the varied socio economic challenges of the nation.
iv. He said that Space Technology Incubation Centres will be set up in different parts of the country, including Trichy as a part of the celebrations.
About Indian Space Research Organisation (ISRO):
♦ Director: Kailasavadivoo Sivan
♦ Headquarters: Bengaluru
♦ Founded: 15 August 1969 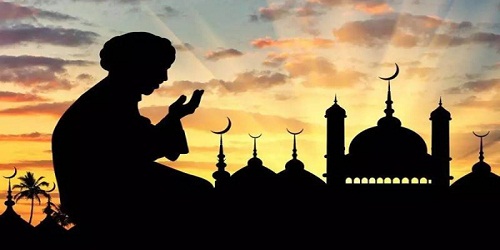 i. The law was passed after Chinese government officials met representatives from eight Islamic groups.
Background:
In 2018, China held over a million people of the ethnic Uighur and Muslim minorities in prison in the Xingjian region.
China:
♦ Capital: Beijing.
♦ Currency: Renminbi.

Nepal’s central bank asked RBI to declare new Indian currency notes legal in a written plea
On January 6, 2019, the Nepal Rastra Bank (NRB), Nepal’s central monetary authority, wrote to the Reserve Bank of India (RBI) to legalize Indian currency notes of denominations higher than Rs 100 in Nepal.
i. The Indian bank bills Rs 200, Rs 500 and Rs 2,000 which are greater than the said amount has been asked to be made legal tender in Nepal, under the Foreign Exchange Management Act (FEMA).
ii. The NRB said the country’s banking system, including banks, financial institutions and NRB, hold Indian currency denominations of Rs 500 and Rs 1,000 worth Rs 48 million.
Background:
i. Before the demonetisation of Rs 500 and Rs 1,000 bank notes in November 2016, the RBI had issued a FEMA notification allowing Nepali citizens to carry Rs 25,000 worth of such bank notes.
ii. After the demonetisation of Rs 500 and Rs 1,000 Indian currency notes, circulation of new bank notes of denominations Rs 200, Rs 500 and Rs 2,000 was started by the Indian government but they were not legalized in Nepal which led to the government of Nepal to ban usage of notes of higher denominations.
Nepal:
♦ Capital: Kathmandu.
♦ Currency: Nepalese rupee

GST panel headed by Dy. CM of Bihar approved Kerala levying 1% calamity cess for 2 yrs
On January 7, 2019, the Group of States’ Finance Ministers (GoFM) led by Deputy Chief Minister of Bihar, Sushil Kumar Modi approved levy of 1%‘calamity cess’ by Kerala for a period of two years to fund rehabilitation work in the state of Kerala. It will recommend the same to the GST council meeting which will be held in January 10, 2019. 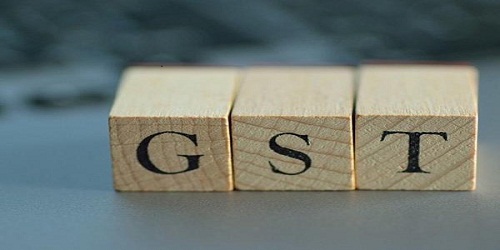 i. The goods and services, which will attract the 1% cess, would be decided by Kerala and any other state considering to do the same would have to approach the council.
ii. It also suggested the GST council to allow additional borrowing over the permitted limit by states hit by natural calamity.
Background:
The GST law provides for levy of special taxes for a specified period to raise additional resources during any natural calamity or disaster. Key Points:
i. The category in which the prize were awarded along with the winners’ are- 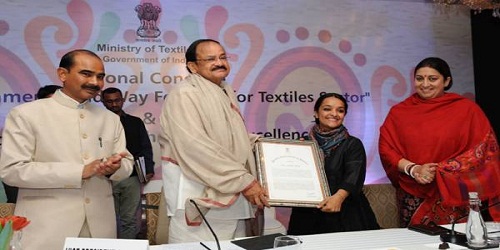 Key Points:
i. The national conclave which was organised to address the issues faced by textile sector was inaugurated by the Union Textiles Minister, Smriti Irani and was also addressed by the Minister of State, Ajay Tamta and Textiles Secretary,Raghvendra Singh.
ii. During the ceremony Vice President, Shri Naidu was presented commemorative stamps on GI registered handicrafts.
iii. The inaugural session was followed by panel discussions on technical textiles, ease of doing textiles business, handicrafts, access to global markets and supply chains and fashionizing weaves.
iv. The conclave was a part of a two-day event, on 5th – 6th January 2019 in New Delhi, to highlight the achievements of the textiles sector. The event was inaugurated with a textiles fashion show “Artisan Speak” at Red Fort.
v. On 5th January 2019, after the textile show at Red Fort, the event witnessed the presentation of eight special recognition awards for the excellent work in textiles sector and felicitation of 16 artisans who have enriched the handloom sector with their creative work in weaving and printing.
About Ministry of Textiles:
♦ Minister: Smriti Irani
♦ Minister of State: Ajay Tamta
♦ Headquarters: Udyog Bhawan, New Delhi

Bimal Roy Memorial and Film Society to honour Farooq Sheikh, Asha Parekh
On January 6, 2019, the Bimal Roy Memorial and Film Society announced that it would honour veteran actors Asha Parekh and Farooque Shaikhat the event on January 8, 2019, commemorating 52nd death anniversary of the renowned filmmaker.
i. Other awards will also be presented to directors Ananth Mahadevan and Amit Rai along with their actors Paresh Rawal and Jackie Shroff for their contribution.
ii. The organisation was instituted 22 years ago in memory of the late filmmaker. Its aim is to reward unsung heroes of the film industry.
iii. The memorial society is preserving and restoring Roy’s film library along with other personal memorabilia such as songbooks, posters, stills, costumes, screenplays with the help of experts.

i. The selection of the next king can be decided by a vote in the Council of Rulers, made up of all nine royal households, who takes turns to sit on the throne.
Malaysia:
♦ Capital: Kuala Lumpur.
♦ Currency: Malaysian ringgit. i. It will also provide information regarding all the ‘Mela special’ trains that will be run during the period.
ii. The app will provide a link to the user to buy both unreserved and reserved train tickets.
iii. Also, the users will not only get to know their current location, but will also be able to reach to all railway stations, the mela zone, major hotels, bus stations and other facilities within Prayagraj.
iv. A photo gallery, containing pictures of previous Kumbh Melas can also be accessed through the app.
The North Central Railway, (NCR):
♦ Headquarters: Prayagraj / Allahabad.
♦ It is one of the 17 railway zones in India.
♦ The largest railway station in NCR is Kanpur Central. Virat Kohli Leads India to First-Ever Test Series Win In Australia
On 7th January 2019, Indian Cricket Team skipper, Virat Kohli led the country to a maiden series victory on Australian soil, ending a 71-year wait to script a golden chapter in the game’s history.
Key Points:
i. India won their first-ever Test series in Australia by a margin of 2-1 after play in the fourth and final Test in Sydney was abandoned due to rain and the match was called off as a draw.
ii. India Became the First Asian team to win a Test series in Australia
India managed the feat for the first time since they began touring Australia in 1947-48. Besides, Virat Kohli became the first Indian as well as the first Asian captain to win a Test series in Australia.
iii. With the win, India reinforced their status as the world’s number one team in Test Cricket and retained the Border-Gavaskar Trophy.
iv. India which enforced the follow-on during the 4th test, was the first time since 1988 that Australia was asked to follow on at their home.
v. The winning of the 3rd test of the series was India’s 150th in Test cricket making them the 5th team after Australia (384), England (364), Windies (171) and South Africa (162) to reach the milestone.
vi. Virat Kohli became the first captain of India to win two Tests in Australia and equals Sourav Ganguly’s record of most overseas Test wins as India captain.
vii. Cheteshwar Pujara was adjuged as the man of the match (for 4th test) and player of the series.
viii. Besides, Rishabh Pant became the only Indian wicketkeeper to score a hundred in Australia and only the fourth Indian wicketkeeper to score over 150 in Tests.
About Board of Control for Cricket in India (BCCI):
♦ President: C.K. Khanna
♦ Men’s coach: Ravi Shastri
♦ Women’s coach: W.V.Raman
♦ Headquarters: Mumbai
About Australia:
♦ Capital: Canberra
♦ Currency: Australian Dollar
♦ Prime Minister: Scott Morrison

Key Points:
i. Japan’s Kei Nishikori won his first ATP title in nearly three years after 52 tournaments and nine finals defeats and the overall 12th of his career.
ii. K. Pliskova joined Victoria Azarenka (2009, 2016) and Serena Williams (2013-14) as the third woman to win the Premier event twice.
iii. The win marked a fourth career doubles title for both Marcus Daniell and Wesley Koolhof.
iv. The 2019 Brisbane International prize money include $589,000 financial commitment on the men’s side whereas total women’s prize money is $1,000,000. i. The book written over a period of 15 years is claimed as the ‘Encyclopaedic  snapshot on Corruption in India’.