We are here for you to provide the important Current Affairs January 4 2019, which have unique updates of all daily events from all newspapers such as The Hindu, The Economic Times, PIB, Times of India, PTI, Indian Express, Business Standard and all Government official websites. 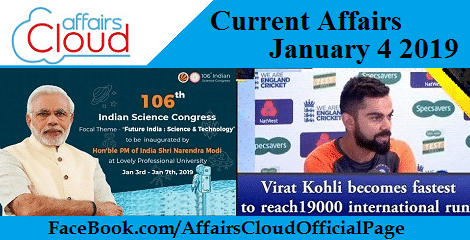 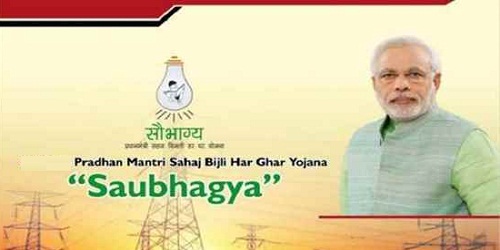 i.  The Government with the support of State Power Departments and DISCOMs have already connected about 2.39 Crore households since launch of scheme
ii. Only about 10.48 Lakh households are left to be electrified in 4 States viz., Assam, Rajasthan, Meghalaya and Chhattisgarh.
iii. The highest volume of electrification was done in the State of Uttar Pradesh with 74.4 Lakh willing households being electrified in all of its 75 districts.
Other News:
i. Government of Uttar Pradesh launched a special campaign in all parts of the State to identify any left out un-electrified households and to provide electricity connections to such households.
ii. Under the campaign, a special vehicle ‘Saubhagya Rath’, is moving around in villages/towns to enable electrification of the left-out villages.
iii. Furthermore, a helpline number of 1912 has been activated for the left-out households to avail the facility.
About Saubhagya Scheme:
♦ Launched: September 25, 2017.
♦ Under Ministry of Power.
♦ Purpose: to achieve the goal of universal household electrification in the country by 31st March 2019.
♦ The total outlay of the project: Rs. 16, 320 crore.
♦ The Rural Electrification Corporation Limited (REC) was the nodal agency for the operationalisation of the scheme throughout the country.
♦ Website: http://saubhagya.gov.in/

Rs 185 cr released since FY 2015-16 to enhance female literacy rate among Scheduled Tribes: Govt
On 02nd January 2019, the Centre has released around Rs 185 crore since financial year 2015-2016 to bridge the gap between literacy levels of tribal girls and the general female population.
The scheme, being implemented through voluntary and non-governmental organisations, aims at reducing the dropout rate at the elementary level by creating the required ambience for the education of tribal girls.
Key points
i. Minister of State Tribal Affairs Jaswantsinh Bhabhor told the Lok Sabha that the government released Rs 53.29 crore in the 2015-16 fiscal under a scheme for education of tribal girls in 54 districts where the ST female literacy rate is less than 35 per cent
ii. Rs 65.44 crore was released in financial year 2016-17 under the scheme titled ‘Strengthening Education among ST Girls in Low Literacy Districts’.
iii. The government released Rs 46.28 crore in the 2017-18 fiscal and has so far released Rs 20.36 crore in 2018-19. Key points
i. The ARIA will authorize $1.5 billion over a five year period to enhance economic, diplomatic and security cooperation with strategic regional allies.
ii. The ARIA Act was introduced into the Senate in April by Senator Cory Gardner, and was co-sponsored by Senators Edward Markey, Marco Rubio, and Ben Cardin.
iii. ARIA was passed by the Senate on December 04 2018, and approved by the House on December 12 2018.
iv. ARIA draws attention to U.S. relations with China, India, the ten member states of the Association of Southeast Asian Nations (ASEAN), and Northeast Asian allies Japan and South Korea.
About the USA
♦ Capital: Washington D.C.
♦ Currency: United States dollar
♦ President: Donald Trump

RBI Forms Expert Panel On MSMEs under Ex-SEBI Chief UK Sinha
On 02nd January 2019, the Reserve Bank set up an expert committee under former SEBI chairman U K Sinha to suggest long-term solutions for the economic and financial sustainability of the MSME sector.
The eight-member committee will also examine the factors affecting the timely and adequate availability of finance to the sector.
Key points
i. The RBI has announced the expert panel on MSMEs after it allowed a one-time restructuring of existing debt of up to 25 crore rupees for the companies which have defaulted on payment but the loans given to them have continued to be classified as standard assets.
ii. The restructuring has to be implemented by 31st of March 2020.
iii. The expert committee will submit its report by the end of June 2019.
iv. The panel will also review the current institutional framework in place to support the MSME sector and study the impact of the recent economic reforms on the sector and “identify the structural problems affecting its growth”.
v.While constituting the panel, the RBI said that considering the importance of the MSMEs in the Indian economy, it is essential to understand the structural bottlenecks and factors affecting the performance of the MSMEs.Such enterprises contribute about 40 per cent to the country’s export and 45 per cent in the manufacturing sector.
About Reserve Bank of India (RBI)
♦ Headquarter: Mumbai
♦ Governor: Shaktikanta Das (25th RBI Governor)
About SEBI (The Securities and Exchange Board of India)
♦ Headquarter: Mumbai
♦ Chairman: Ajay Tyagi
♦ Formed: 12 April 1992 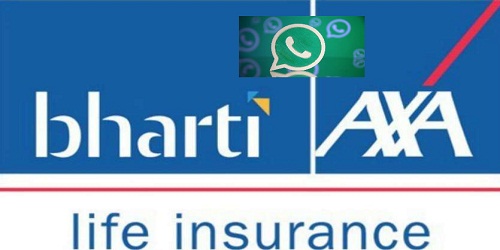 i. This was signed between:

ii. Through the pact, Syndicate Bank will provide penetration in the market with its 3,000 branches and SBI Life’s diverse range of protection, wealth creation and savings insurance products will be brought to the table to the customers.
Syndicate Bank:
♦ Headquarters: Manipal, Karnataka.
♦ Tagline: Faithful and Friendly. 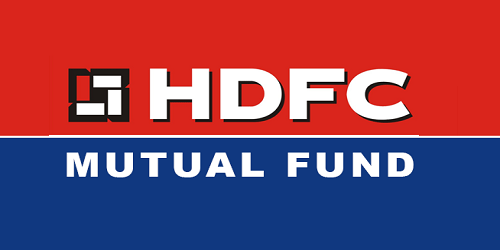 i. As per the data, as of December 2018, HDFC MF managed assets worth Rs 3.35 lakh crore, while those of ICICI Prudential MF stood at Rs 3.08 lakh crore.
ii. And consequently, the assets under management (AUM) of HDFC MF have grown over 9 per cent in October-December quarter from the last quarter.
iii. Whereas, ICICI Prudential MF’s AUM reduced by 0.6 per cent.
iv. Among other firms, SBI MF stood at the third slot with AUM of Rs 2.64 lakh crore, followed by Aditya Birla Sun Life MF (Rs 2.42 lakh crore) and Reliance MF (Rs 2.36 lakh crore).
v. Overall, asset base of the country’s mutual fund industry was at Rs 23.61 lakh crore at the end of December quarter.
Background:
Earlier in February 2016, ICICI Prudential MF had surpassed HDFC MF in terms of AUM and reached the top position.
What are Mutual Funds (MFs)?
MFs are investment vehicles made up of a pool of funds collected from a large number of investors and this pool of money is invested in stocks, bonds and money market instruments, among others.

India cuts duty on refined, crude palm oil from ASEAN to 40 and 45 percent respectively: Finance Ministry
On December 31, 2018, the ministry of finance announced that the government has cut import duties on crude and refined palm oil from Southeast Asian countries or ASEAN countries.
This move was taken under the India-ASEAN Free Trade Agreement and Malaysia under the India-Malaysia Comprehensive Economic Cooperation Agreement (IMCECA).
i. The duty on crude palm oil from Malaysia, Indonesia and other members of the Association of South East Asian Nations was cut to 40 per cent from 44 per cent.
ii. The tax on refined palm oil was cut to 45 per cent from 54 per cent if imported from Malaysia and to 50 per cent, if purchased from Indonesia or other member-nations of ASEAN.
iii. The duty cuts were made effective from January 1, 2019.
iv. India expects to import 15.5 million tonnes, with 60 per cent from Malaysia and Indonesia, followed by soyabean oil from Argentina and Brazil, sunflower oil from Ukraine and Russia and canola oil from Canada.
v. The effective duty difference between crude and refined palm oil has narrowed to 5.5 percent from 11 percent.
vi.  This move could hurt the domestic refining industry.
Background:
India is world’s biggest edible oil buyer.
ASEAN:
♦ Full form: Association of South-East Asian Nations.
♦ Members: 10.
♦ Headquarters: Jakarta, Indonesia.

i.  The break-down of the FDI flows are as follows:

Rs. 5151 crore worth first LNG import terminal of IOC commissioned in Ennore, Tamil Nadu
On January 2, 2019, Indian Oil Corp (IOC), the nation’s biggest oil firm, announced commission of its first Rs 5,151-crore worth Liquefied Natural Gas (LNG) import terminal in Ennore, Tamil Nadu.
i. This is the first LNG import terminal IOC has built on its own and will become operational by the end of January 2019.
ii. IOC holds 95 per cent stake in the Ennore LNG import terminal. Tamil Nadu Industrial Development Corporation (TIDCO) has 5 per cent.
iii. The firm is also working on laying a 1,385 km natural gas pipeline originating from the Ennore terminal to Nagapattinam in Tamil Nadu via Puducherry.
iv. Also, branch pipelines will be laid in Madurai, Tuticorin, and Bengaluru to meet the LNG demand.

7 Oil PSUs signed pact with IIT Bombay to set up centre of excellence
On January 2, 2019, IIT Bombay and 7 public sector oil companies inked a memorandum of understanding (MoU) for setting up Centre of Excellence in Oil, Gas and Energy.
i. The MoU was signed by heads of:

ii. This would link up energy industry and academics to help jointly address energy requirements with new and innovative, indigenous technology.

Scientists develop ‘brain pacemaker’ to treat epilepsy Parkinson’s
Scientists have developed a device named WAND which stands for “Wireless artifact-free neuromodulation device” that works like a “Pacemaker for the brain” to monitor the brain’s electrical activity and potentially deliver fine-tuned treatments to patients suffering from diseases like epilepsy and Parkinson’s.
i. The most important feature of the device is that it is both wireless and autonomous, which means when it learns to recognize the signs of tremor or seizures then it can adjust the stimulation parameters on its own to prevent the unwanted movements.
ii. The device has custom integrated circuits to record the full signal from both the subtle brain wave and the strong electrical pulses.

Paper Sensor to detect freshness of Milk developed by Indian Institute of Technology, Guwahati
On 01st January 2019, scientists at Indian Institute of Technology, Guwahati have developed a simple paper kit that can test freshness of milk and tell how well it has been pasteurized.
i. The kit is sided with smart phone app to ensure that milk is consumed before it turns too sour.
ii. The team has prepared a kit by attaching probe discs onto a 2 cm square transparent cellulose acetate film. The probe is then covered with another cellulose acetate film
iii. Colour reaction takes place when milk is injected through a tiny hole in the cover and a smart phone can be used to get the results. It takes just about 15 minutes to detect raw milk from pasteurized one. 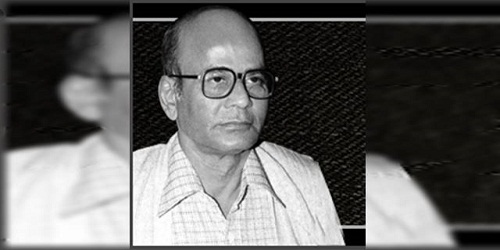 i. Besides Tendulkar, he also coached other prominent players like Vinod Kambli, Pravin Amre, Sameer Dighe and Balwinder Singh Sandhu.
ii. Because of his contribution to the sport, he was honoured with Padma Shri in 2010.
iii. The Kamath Memorial Cricket Club in Dadar was founded by him.