We are here for you to provide the important Current Affairs December 21 2018, which have unique updates of all daily events from all newspapers such as The Hindu, The Economic Times, PIB, Times of India, PTI, Indian Express, Business Standard and all Government official websites. 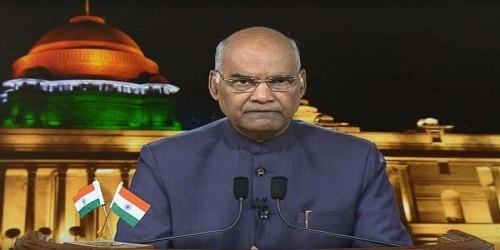 President’s rule was first imposed in the state in 1986, whereas the previous instance of President rule was in 1996, 22 years ago.
i. Under Article 92 of the Jammu and Kashmir Constitution, the state will be under the governor’s rule for 6 months under political crisis situations.
ii. The Governor has to dissolve the Legislative Assembly after six months after which it directly comes under President’s rule for another six months after which elections have to be held in the state.
iii. President’s rule can be extended by another six months.
iv. Also, no Presidential proclamation shall in any case remain in force for more than three years except for the intervention of Election Commission of India.
Background:
i. According to Indian Constitution, President’s Rule is the imposition of Article 356 of the India Constitution on a state which gets incapable of running the constitutional machinery.
ii. The Indian states have faced the President’s Rule a total of 124 times.
iii. Jammu and Kashmir state has a separate constitution.
Jammu & Kashmir:
♦ Lakes: Mansar Lake, Dal lake, Anchar Lake, Khushal lake, Tarsar Lake.
National Parks in Jammu and Kashmir:
Dachigam National Park, Hemis National Park, Kishtwar National Park, Salim Ali National Park

10 monuments adopted under the ‘Adopt A Heritage’ project: Ministry of Culture
On December 17, 2018, Minister of State (independent charge) for Culture and Minister of State for Environment, Forest and Climate change, Dr. Mahesh Sharma, announced the adoption of 10 monuments under the ‘Adopt A Heritage: Apni Dharohar, Apni Pehchaan’, scheme in his annual report.
i. The following shows the MOUs signed under this scheme by various organizations.

ii. Further, Archaeological Survey of India has identified 100 monuments as “Adarsh Smarak” for upgradation of existing facilities/amenities.
About ‘Adopt A Heritage: Apni Dharohar, Apni Pehchaan’:
♦ Launched: 27th September, 2017.
♦ Under: Ministry of Tourism, Ministry of Culture and Archaeological Survey of India (ASI).
♦ Purpose:To enhance tourism potential and cultural importance in a planned and phased manner.
♦ Implementation: It focuses on providing basic amenities that include cleanliness, public conveniences, safe drinking water, ease of access for tourists, signages, illumination, Wi-fi etc.
♦ No fund is given by Ministry of Tourism.
♦ The Project envisages involvement of Private/Public Companies / Organizations and Individuals to adopt Monuments, Natural Heritage Sites and other Tourist Sites in the country, primarily under CSR.
♦ Website: Click Here

Nasscom partnered with IIT-Madras to train 4 million workforce in digital skills
On December 16, 2018, Industry body the National Association of Software and Services Companies (NASSCOM) partnered with IIT-Madras to provide re-skilling/upskilling of four million people on digital skills.
i. The partnership will be directly with the Sector Skills Council (SSC), the education and skill development initiative of Nasscom, through its FutureSkills Platform.
ii. The workforce would involve:
IT-ITeS industry, students entering the workforce and employees of other industries/government.
iii. It would provide reskilling on new emerging technologies like AI, IOT, CyberSecurity, Big Data, Cloud and BlockChain. ii. Along with the States,Fifty-one officers from States and Union Territories have been identified as “Champions”,who have made significant contributions towards developing their State’s Start-up ecosystem.
iii. The States are Ranked based on some of the Categories such as Start-up policy leaders, incubation hubs, seeding innovation, scaling innovation, regulatory change champions, procurement leaders, communication champions, North-Eastern leader, and hill state leader.
About Department of Industrial Policy and Promotion(DIPP):
♦ DIPP began this exercise from January, 2016.
♦ Union Minister: Shri Suresh Prabhu
♦ Minister of State: Shri C.R. Chaudhary
♦ Secretary: Ramesh Abhishek.

Conrad K Sangma launched Meghalaya Health Insurance Scheme(MHIS-IV) merging it with Ayushman Bharat scheme
On December 20,2018,Chief Minister of Meghalaya Conrad K Sangma launched the Meghalaya Health Insurance Scheme(MHIS-IV) in convergence with that of the Centre’s Ayushman Bharat scheme.
i. The MHIS-IV targets to cover more than 8 lakh households offering over 2300 medical and surgical packages and up to Rs 5 lakh per family.
ii. The new scheme will be functional from February 1,2019.MHIS-IV covers all citizens in the state while the Ayushman Bharat(Centre’s Scheme) targeted the bottom 40 percent of lower income families.
About Meghalaya:
♦ Capital: Shillong
♦ Governor: Tathagata Roy
♦ Chief Minister: Conrad Sangma

Maharashtra govt approves Rs 4,089 crore for Tembhu irrigation scheme
On Dec 20 2018, Maharashtra government approved a sum of Rs 4,089 crore for the Tembhu lift irrigation scheme in Tembhu village of Satara district. The perennially drought prone areas of Satara, Solapur and Sangli districts will get benefit by this scheme.
It is about to construct a dam placed in a watercourse to increase the depth of water or to divert it into a channel for navigation or irrigation on the river Krishna near Tembhu village and lifting 22 billion cubic feet water to irrigate 80,000 hectare areas in seven talukas – Karad, Kadegaon, Tasgaon, Khanapur, Atpadi, Kavathe-Mahankal and Sangola – spread across Satara, Sangli and Solapur districts.

India fifth-most deadliest place to be a journalist, Afghanistan worst: Reporters without Borders (RSF)
On December 20, 2018, India fifth-most deadliest place to be a journalist, Afghanistan worst based on the annual worldwide round-up of deadly violence and abusive treatment of journalists was released by Reporters without Borders (RSF).
i. The most Deadliest Place for Journalist is  Afghanistan,15 journalists were killed in 2018.The list is followed by Syria,where 11 of the Journalist were killed.In Mexico,9 Journalist were killed, 8 Journalists were killed in Yemen, and 6 were killed in India as well as in United States.
ii. The figure increased by eight percent to 80, and by 15 percent, in the category of number of professional journalists killed, from 55 in 2017 to 63 in 2018.
iii. The numbers had been declining for the previous 3 years.
iv. The number of journalists detained worldwide at the end of the year – 348 – is up from 326 at this time last year.
Among the Nations:
i. As in 2017, more than half of the world’s imprisoned journalists are being held in just five countries: China, Iran, Saudi Arabia, Egypt, and Turkey.
ii. China remains to be the world’s biggest jailer of journalists with the number as high as 60.
For more information: Click Here
About the report:
This report is being compiled every year since 1995.
Background:
In April, 2018, RSF released the World Press Freedom Index 2018 in which India ranked 138. It was topped by Norway and North Korea was at the bottom of the list.
World Press Freedom Index 2018: Click Here
Reporters Without Borders (RSF):
♦ Headquarters:  Paris.

USA pulled out of the Intermediate-Range Nuclear Forces (INF) Treaty with Russia
On December 19, 2018, the Russian government announced USA’s withdrawal from the 1987 Intermediate-Range Nuclear Forces (INF) Treaty.
i. The treaty aimed to end arms race between USA and USSR during cold war and to ensure some strategic stability in Europe.
ii. Under this treaty, all the nuclear and conventional missiles with ranges of 500–1,000 km or (short-range) and 1,000–5,500 km (intermediate-range) were banned.
iii. It also banned the development, testing and possession of short and medium-range ground-launched nuclear missiles having ranger between 500-5,000 km.
Russia:
♦ Capital: Moscow.
♦ Currency: Russian Ruble.

RBI limits total outstanding ECBs to 6.5 pc of GDP
On 20th December,2018,The Reserve Bank of India(RBI) in consultation with the government of India had decided to have “rule-based dynamic limit” for total Outstanding External Commercial Borrowings(ECBs) to 6.5 Pc of GDP.
i. The limit in ECBs was announced based on the gross domestic product (GDP) figures.The soft limit works out to $160 billion during March end for the current financial year while it decreased to $126.29 billion,on September 30,2018.
ii. This comes in the backdrop of RBI’s Previous month decision of extant ECB provisions, reducing the mandatory hedge coverage from 100 per cent to 70 per cent.
About External Commercial Borrowings(ECBs):
♦ ECBs are loans availed by an Indian entity from a nonresident lender. Most of these loans are provided by foreign commercial banks and other institutions.
♦ Maturity Period for ECB is 3 Years

IRDAI fines Iffco Tokio, Royal Sundaram Rs 5 lakh each
On Dec.20 2018 The Insurance Regulatory and Development Authority of India (IRDAI) has imposed fine of Rs 5 lakh each on Iffco Tokio General Insurance and Royal Sundaram General Insurance for violating motor tariff claims and file & use guidelines.
i. IRDAI also informed the companies violated File & Use guidelines and circulars issued by it from time to time advising insurers that they shall continue to use the coverage, terms & conditions, wordings, warranties, clauses and endorsements of the erstwhile tariff of classes of insurance covers until further orders. 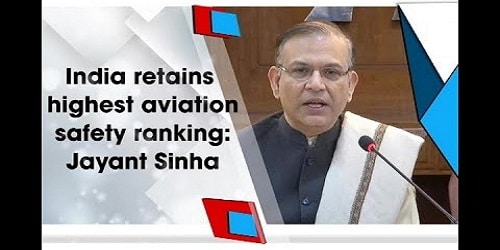 According to FAA, India’s International Aviation Safety Assessment (IASA) rating remains ‘Category 1’.
i. This ranking was based on an audit of the Directorate General of Civil Aviation (DGCA) in July 2018.
ii. This showed India’s adherence to the standards laid down by the International Civil Aviation Organization (ICAO) and oversight of Indian Airlines.
Background:
It was last upgraded in 2015 after a downward revision to Category 2 in 2014.
Ministry of Civil Aviation:
♦ Union Minister: Shri. Suresh Prabhu.
♦ Minister of State: Shri. Jayanta Sinha.
♦ Secretary: Shri Rajiv Nayan Choubey. 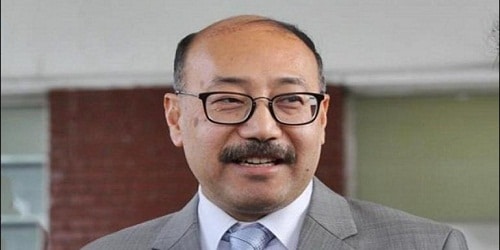 Gas 2019: Mobile app for global aviation summit launched by Ministry of Aviation and AAI
On December 19, 2018, the Civil aviation ministry along with the Airport Authority of India (AAI) launched an app named ‘GAS 2019’. 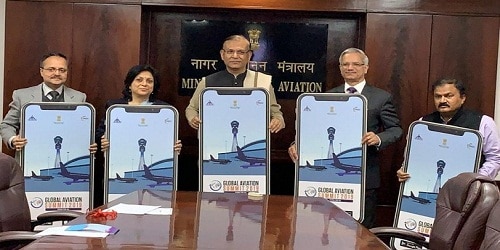 i. This app will enable users to interact with the co-delegates and speakers besides providing a platform for networking through personal and group chats.
ii. This was launched ahead of the global aviation summit to be held in Mumbai in January 2019.
About the global summit:
i. The Global Aviation Summit would take place on January 15-16, 2019 at Mumbai.
ii. The 2-day summit will be hosted by:

Raman is an experienced coach,The team he had given coaching were Tamil Nadu team, Bengal Ranji Trophy team and India U-19 team .He had beaten South Africa’s Gary Kirsten and India’s Venkatesh Prasad for the position of India’s women’s cricket coach. 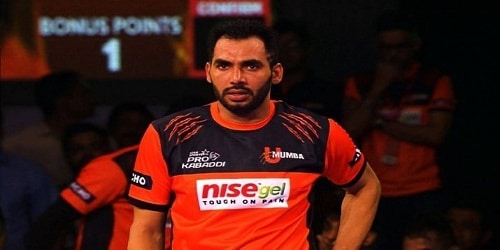 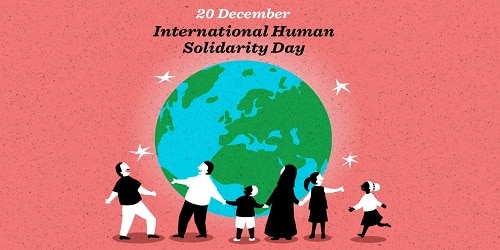 i. On 20 December 2002, the UN General Assembly established the World Solidarity Fund, which was set up in February 2003 as a trust fund of the United Nations Development Programme.
Background:
The General Assembly, on 22 December 2005, by resolution 60/209 identified solidarity as one of the fundamental and universal values that should underlie relations between peoples in the Twenty-first century, and in that regard decided to proclaim 20 December of each year International Human Solidarity Day.