We are here for you to provide the important Current Affairs December 17 2018, which have unique updates of all daily events from all newspapers such as The Hindu, The Economic Times, PIB, Times of India, PTI, Indian Express, Business Standard and all Government official websites. 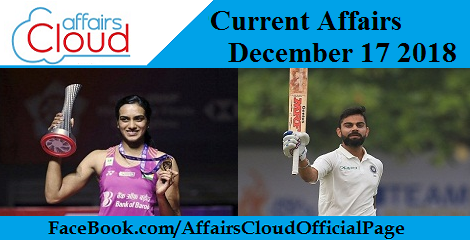 Key Points:
i.This shall come into force on the date of their publication in the Official Gazette.
ii. The in-flight and maritime connectivity (IFMC) can be provided using telecom networks on ground as well as using satellites.
iii. A valid telecom licence holder in India can provide the service through domestic and foreign satellites which have permission of the Department of Space to do so.
iv. The IFMC services will be activated once the aircraft attains a minimum height of 3,000 metres in Indian airspace to avoid interference with terrestrial mobile networks.
v. The IFMC licences will be granted against an annual fee of Re 1 for a period of 10 years and the permit holder will have to pay licence fees and spectrum charges based on revenue earned from providing services.
About Ministry of Communications:
♦ Minister: Manoj Sinha, Minister of state (Independent charge)
♦ Headquarters: Sanchar Bhawan, New Delhi

Ministry of Railways has decided to give 25% discount in haulage rate on transport of empty containers and empty flat wagons
On 14th December 2018, Ministry of Railways under Piyush Goyal decided to give a discount of 25 per cent on existing haulage rate per Twenty Feet Equivalent Unit (TEU) on the transport of empty containers as well as empty flat container wagons.
Key Points:
i. The move will come into force with effect from 1st  January 2019 and will remain valid for one year, up to 31st December 2019 but there will be a review meeting conducted by the railways after 30 June 2019.
ii. The move is aimed to facilitate movement of containers by rail towards ports, efficient handling of traffic at ports and attract larger share of container traffic to Rail.
iii. This initiative would also fulfill the demand for container train operators (CTOs) and is expected to give a boost to container business both in imports, exports and domestic.
iv. Presently 18 private container train operator (CTO) and Container Corporation of India (CONCOR) are operating this container service.
About Ministry of Railways:
♦ Union Minister: Piyush Goyal
♦ Minister of State: Manoj Sinha, Rajen Gohain
♦ Headquarters: Rail Bhavan, New Delhi

Foundation Stone of Institute of High-Altitude Medicinal Plants (IHAMP) laid in J&K
On 15th December 2018, The Union Minister of State (Independent Charge) for AYUSH Shri Shripad Yesso Naik and Union Minister of State in Prime Minister’s Office (PMO) Dr. Jitendra Singh laid the foundation stone of Institute of High Altitude Medicinal Plants (IHAMP) with an estimated cost of Rs. 100 crore at Bhaderwah in District Doda in Jammu & Kashmir.
Key Points:
i. The institute will be a dedicated facility for research in medicinal plants found at high altitude and shall also become a major source of income for the farmers in cultivation of medicinal plants.
ii. The institute would work towards introduction of new technologies in the cultivation of local medicinal plants through intensive research, training and capacity building of the farmers.
iii.  A special camp for registration under AYUSHMAN Bharat (PM-JAY) in which as many as 200 eligible beneficiaries were enrolled and were give Golden cards on the spot, was also inaugurated by Shripad Yesso Naik and Dr. Jitendra Singh on the occasion.
About Jammu & Kashmir:
♦ Governor: Satya Pal Malik
♦ Capitals: Jammu (winter), Srinagar (summer)
♦ National Parks (NP): City Forest (Salim Ali) NP, Dachigam NP, Hemis NP,  Kishtwar NP,  Kazinag NP 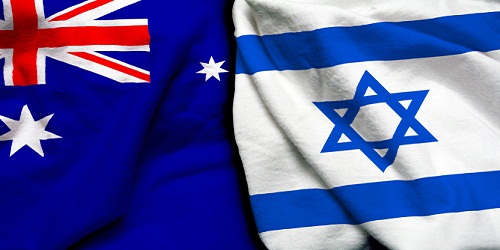 i. Both Israel and the Palestinians claim Jerusalem as their Capital and this dispute is not resolved yet.
ii. USA under the leadership of Donald Trump had already recognized the disputed city as the Capital of Israel.
iii. Australian Prime Minister Scott Morrison also clarified that Australia will recognize the future state of Palestine with East Jerusalem as its capital when the city’s status is determined in a peace deal. 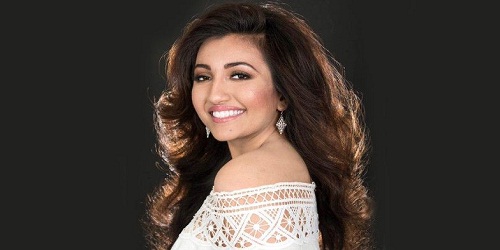 KeyPoints:
i. Sakshi Sinha from Australia was declared as the first runner up and Anusha Sareen from United Kingdom declared as the second runner up.
ii. In the Mrs.India Worldwide 2018 Category,India’s Mandeep Kaur Sandhu, who hails from Haryana, was declared as the winner and crowned at 27th annual global pageant.Jeya Priya Pandian from Malaysia and Kavita Malhotra Pattani from USA were declared the first and second runner ups of the Mrs India Worldwide 2018.
iii. Girls andWomen’s of Indian Origin from 17 Countries Participated in this 27th annual global pageant.The next edition of the Miss India Worldwide will be held in Mumbai in 2019. 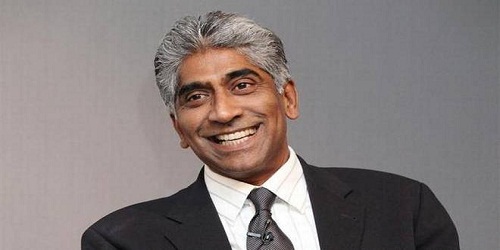 KeyPoints:
i. The award was presented to him at the Closing ceremony of 2 day Indo-French Professional Meeting for the Film and Television Industry held in Mumbai,India.
ii. He had Produced Hollywood Films such as Ghost Rider:Spirit of Vengeance with Nicholas Cage and 99 Homes starring Andrew Garfield.

Ranil Wickremesinghe sworn in as PM of Sri Lanka after resignation of Mahinda Rajapaksa
On 16th December 2018, Sri Lanka’s ousted Prime Minister Ranil Wickremesinghe was sworn into office again, two months after being removed by the President Maithripala Sirisena, thus bringing an end to weeks-long political crisis in the country. Key Points:
i. Mr. Wickremsinghe was removed as Prime minister on October 26 and was replaced by Mahinda Rajapaksa who resigned on 15th December after failing to garner majority in Parliament.
ii. Mr. Wickremsinghe has been sworn in as Prime minister for the 5th time, creating a record in Sri Lanka.
iii. The reinstatement Mr. Wickremsinghe came after the Sri Lanka’s Supreme Court ruled that President Sirisena had acted illegally in November by dissolving the Parliament before it completed its four-and-a-half year term, thus rejecting the Sirisena’s attempts to hold snap elections in early January.
iv. The court later said Mahinda Rajapaksa should not exercise the powers of the office and ordered his resignation, seven weeks after he was appointed as the Prime Minister.
About Sri Lanka:
♦ Currency: Sri Lankan rupee
♦ Capitals:  Sri Jayawardenepura Kotte(Administrative),Colombo (Commercial) 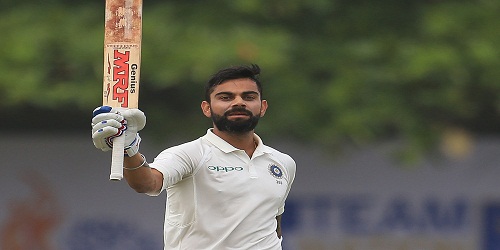 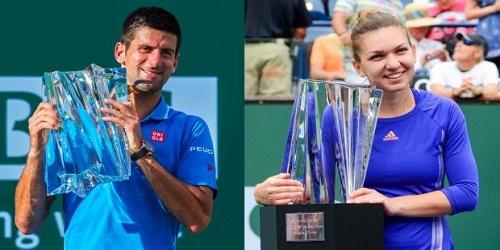 KeyPoints:
i. In Men’s Singles Category: Djokovic receives the honour for the sixth time. He won four titles including Wimbledon and the US Open, and climb from No. 22 in the rankings to secure the year-end world No. 1 position.
ii. In women’s Singles Category: It is the first year Halep has been recognised.Halep also enjoyed Grand Slam success in 2018.The Romanian has spent 40 weeks of the year ranked as world No.1.she also won the 2018 WTA Shot of the Year.
iii. In the Men’s Doubles Category:USA’s Mike Bryan and Jack Sock will receive the award. It will be the 12th time Bryan has received the award but the first time Sock has been honoured.
iv. In the Women’s Doubles Category: Barbora Krejcikova and Katerina Siniakova won the award.
About International Tennis Federation(ITF):
♦ President: David Haggerty
♦ HeadQuarter: London, United Kingdom Highlights:
Women’s Singles:
Rio Olympics Silver medallist PV Sindhu,became the first Indian to win gold in the Badminton World Federation (BWF) World Tour.She defeated Japanese Nozomi Okuhara by 21-19, 21-17 in 62 minutes,to claim the top honours of the season-ending event and her first title of the year.With the win, Sindhu also equalled her head-to-head record with Okuhara to 6-6.
Men’s Singles:
World No. 2 Chinese Shi Yuqi defeated Japan’s Kento Momota.This is Yuqi’s third title of the season to add to his triumphs at the All England Open and the India Open. Key Points:
i. The day marks the end of Bangladesh Liberation War, when the chief of the Pakistani forces, General Amir Abdullah Khan Niazi, along with 93 thousand troops, had surrendered unconditionally to the allied forces consisting of Indian Army and Mukti Bahini, led by Lieutenant General Jagjit Singh Aurora in Dhaka.
ii. The war which lasted only 13 days led to one of the biggest surrenders and resulted in subsequent secession of East Pakistan into Bangladesh. Over 3,800 Indian soldiers were martyred in the war.
iii. A 72-member delegation of war veterans and Mukti Jodhas, led by parliamentarian Ms. Quazi Rosy from Bangladesh are taking part in Vijay Diwas celebrations.
Sports Minister Rajyavardhan Rathore flags off special marathon ‘Soldierathon’ in New Delhi
i. On the occasion of Vijay Diwas, Sports Minister Col Rajyavardhan Rathore flagged off a special marathon ‘Soldierathon’ in the honour of Martyrs and wounded Soldiers at JLN Stadium in New Delhi.
ii. The marathon which witnessed the participation of Wrestler Yogeshwar Dutt and former cricketer Gautam Gambhir besides 12 thousand participants was held in five categories.
iii. The Indian Army’s Artificial Limb Centre will be donated the proceeds from the event so that the wounded soldiers acquire state-of-the-art prosthesis at the Paraplegic Rehabilitation Centre.