We are here for you to provide the important Current Affairs December 16 2018, which have unique updates of all daily events from all newspapers such as The Hindu, The Economic Times, PIB, Times of India, PTI, Indian Express, Business Standard and all Government official websites. 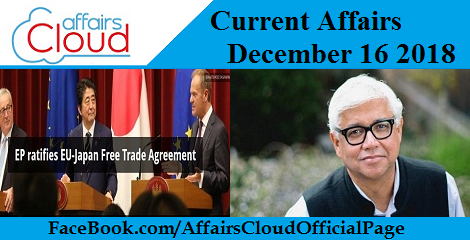 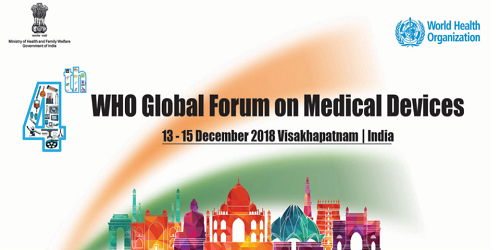 i. It was the first time the WHO Global Forum on Medical devices was being held in India.
ii. This Forum was meant to face the challenges present in the selection, regulation and use of medical devices.
iii. Objectives of the Forum

iv. Earlier, the 1st Global Forum was held in Bangkok in 2010, the 2nd in Geneva in 2013, and the 3rd also in Geneva in 2017.
CM of Andhra Pradesh addressed the Forum:
i. At the inaugural session of the fourth WHO Global Forum on Medical Devices, Chief Minister of Andhra Pradesh, N. Chandrababu Naidu,dedicated the AP Medtech Zone to the nation.
ii. This further enabled Visakhapatnam to emerge as the major hub for manufacture of medical devices in the country, for domestic as well as international demands.
iii. It would have 18 high-end industrial labs in the park and the product roll out of the park would be operational from 2019.
Commerce Minister’s announcement:
Speaking at the 4th WHO Forum, Union Minister of Commerce and Industry and Civil Aviation, Suresh Prabhu, announced setting up of a National Medical Devices Promotion Council under the Department of Industrial Policy and Promotion (DIPP) in the Ministry of Commerce & Industry.
i. The Council will be headed by Secretary, DIPP, Shri. Ramesh Abhishek. It will also have representatives of healthcare industry and quality control institutions.
ii. Furthermore, Andhra Pradesh MedTech Zone, Visakhapatnam, will provide technical support to the Council.
iii. The establishment of the council will boost the domestic manufacturing sector and would aid in exports as well.
iv. The objectives of the council are as follows: i. It is India’s first and world’s 3rd railway university after Russia and China.
ii. The Vice-Chancellor of the university is Ashwani Lohani who is the Chairman of the Railway Board of India.
iii. The Minstry of Railways had sanctioned Rs. 421 crore for the upcoming 5 years for the operation of the project.
iv. It has been built on 110 acres of land at Pipaliya village in Waghodiya Taluka, District Vadodara.
v. The railway university began its operations on September 5 this year to mark Teacher’s Day.
vi. The building’s construction of the university has been designed on the lines of Pratap Vilas Palace of the erstwhile Gaekwad state.
Gujarat:
♦ Capital: Gandhinagar.
♦ Chief Minister: Vijay Rupani.
♦ Governor: Om Prakash Kohli.
Nicknames:
♦ Ahmedabad: India’s First world heritage city, Manchester of India, Boston of India.
♦ Baroda(Vadodara): Banyan City, Power Hub of India, Cultural capital of Gujarat. 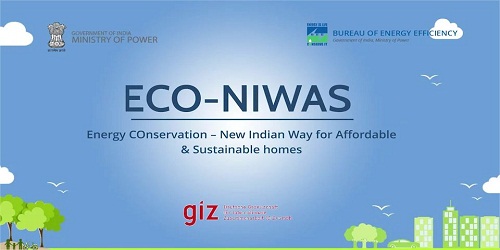 Key Points:
i. The codes were launched in the presence of Chief Guest Smt. Sumitra Mahajan, Hon’ble Speaker, Lok Sabha and Shri R.K. Singh, Minister of State (IC) for Power and New &Renewable Energy.
ii. The code aims to benefit the occupants and the environment by promoting energy efficiency in design and construction of homes, apartments and townships.
iii. The Code is also expected to assist large number of architects and builders who are involved in design and construction of new residential complexes in different parts of the country.
iv. The Code will potentially save energy to the tune of 125 Billion Units of electricity per year by 2030, which is equivalent to about 100 million ton of (Carbon dioxide) Co2 emission.
v. It is estimated that energy demand in the building sector will rise from around 350 billion units in 2018 to approximately 1000 billion units by year 2030.
About Ministry of Power:
♦ Minister: Shri R.K. Singh
♦ Headquarters: New Delhi

Jammu and Kashmir becomes first state to have law banning sexual exploitation of women
On 14th December 2018, Jammu and Kashmir became the first state in the country to enact a law banning sexual exploitation of women “by those in positions of authority, having a fiduciary relationship or a public servant”.
Key Points:
i. The decision in this regard was taken by Jammu and Kashmir Administrative Council (SAC) headed by Governor Satya Pal Malik by approving the Prevention of Corruption (Amendment) Bill, 2018, and the Jammu and Kashmir Criminal Laws (Amendment) Bill, 2018.
ii. The Jammu and Kashmir Criminal Laws (Amendment) Bill, 2018 seeks to amend the Ranbir Penal Code (RPC)-a criminal code, whereby specific offence under section 354 E is being inserted to provide for the offence of ‘Sextortion‘.
iii. ‘Sextortion’ is a physical or non-physical form to extort sexual favours. People entrusted with power use ‘sextortion’ in a form of ‘corruption’.
iv. Prevention of Corruption Act was amended to cover the definition of misconduct and to provide that demand for sexual favours would also constitute misconduct within the meaning of Section 5 of the act.
v. Anyone found guilty of sextortion (“non-bailable” and “not compoundable” offence) will be punished with monetary fine and a minimum jail sentence of three years, which may extend to five years.
vi. The amendments are the outcome of the Jammu and Kashmir High Court Chief Justice Geeta Mittal and Justice Alok Aradhe order, which directed the state to examine the concept of ‘Sextortion’ in the context of applicable laws.
About Jammu & Kashmir:
♦ Governor: Satya Pal Malik
♦ Capitals: Jammu (winter), Srinagar (summer)

4th edition of Kochi-Muziris biennale held in Kochi
On 12th December 2018, 4th Edition of India’s largest contemporary art exhibition Kochi-Muziris Biennale (KMB) featuring a dynamic range of multi-media artworks held in Kochi with a theme “Possibilities for a Non-Alienated Life”.
i. The Biennale was curated by Anita Dube and it was the first Biennale in the world where half of the participating artists are women.
ii. 94 artists participated at the 10 venues of the city in the 108 day long event.

IRDAI allowed single compulsory personal accident cover for multiple vehicles effective from January 1, 2019
On December 13, 2018, as per notification of Insurance Regulatory and Development Authority of India (IRDAI), customers would be covered under standalone compulsory personal accident (CPA) from January 1, 2019.
i. IRDAI introduced standalone PA cover where a single PA cover can be taken for multiple vehicles.
ii. Additionally, if an owner-driver has a 24 hour personal accident cover against Death and Permanent Disability (Total and Partial) for CSI of at least Rs 15 lakh, no separate CPA is necessary.
Background:
In September 2018, the Insurance Regulatory and Development Authority of India (IRDAI) had raised the minimum insurance cover for owner-driver to Rs 15 lakh from Rs. 1 lakh for an annual premium of Rs 750.
IRDAI:
♦ Headquarters: Hyderabad, Telangana.
♦ Chairman: Dr. Subhash C. Khuntia.

ii. Arms sales of the four Indian companies, all state-owned, totalled $7.52 billion in 2017, up 6.1% from the previous year.
iii. The total arms sales of all the 100 arms-producers (excluding Chinese arms-producers) in the list come up to an estimated $ 398.2 billion, which is a 2.2 per cent increase from the sales of the previous year.
iv. India currently ranks 10th in the list of countries by arms sales and stands at less than 2% in total global arms sales.
About Ministry of Defence:
♦ Minister: Nirmala Sitharaman (Minister), Subhash Bhamre (Minister of State)
♦ Headquarters: New Delhi

Govt adds Korean Won, Turkish Lira in list of currencies for exchange rates
On 12th December 2018, the Central Board of Indirect taxes and Customs (CBIC) which works under Ministry of Finance notified the Korean Won and Turkish Lira in the List of Currencies for Exchange Rate in order to decrease the transaction cost and enhance the ease of doing business, thereby, benefiting the Indian, Korean and Turkish businesses.
Key Points:
i. The CBIC which so far notified exchange rates for 20 currencies for the purpose of valuation of imported and exported goodswill include two more currencies Won and Lira in the list.
ii. The Central Board of Indirect Taxes and Customs (CBIC) notifies the Rate of Exchange under Section 14 of the Customs Act, 1962.
iii. The initiative is expected to help exporters claim the benefits of Merchandise Export Incentive Scheme easily, as the rates of TRY (Lira) and Won will be readily available on the realisation date of remittances.
iv. Bilateral trade between India-South Korea stood at $16.36 billion while that between India and Turkey stood at $7.2 billion during 2017-18.
About Central Board of Indirect Taxes and Customs:
♦ Chairperson: S. Ramesh
♦ Headquarters: New Delhi

Key Points:
i. The world’s largest free trade agreement, the EU-Japan Economic Partnership Agreement will remove duties on almost all agricultural and industrial products as well as open up the service sector and procurement.
ii. It also moves to eliminate non-tariff barriers to trade.
iii. The EU-Japan Economic Partnership Agreement which has been under discussion since 2013 will come into effect from 1stFebruary 2019.
iv. This agreement is projected to increase exports between the two economies by 34 percent for the EU and 29 percent for Japan, liberalising up to 99 percent of bilateral trade.
v. The elimination of tariffs will save consumers and importers €1 billion per year in the EU and will support a substantial increase of jobs, maximizing benefits for both companies and citizens.
About European Union:
♦ Headquarters: Brussels, Belgium
♦ President of the European Council: Donald Tusk
♦ President of the European Commission: Jean-Claude Juncker
♦ President of the European Parliament: Antonio Tajani
About Japan:
♦ Capital: Tokyo
♦ Currency: Japanese yen
♦ Prime Minister: Shinzō Abe 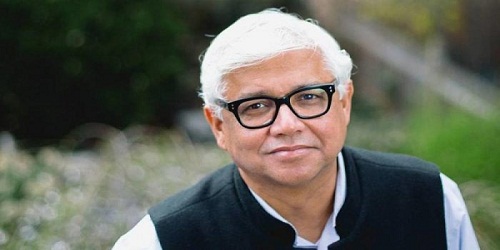 Key Points
i. Amitav Ghosh is one of the most prominent contemporary Writer who is famous connecting past with present in relevant ways in his novels.
ii. Shadow Lines, The Glass Palace, The Hunger Tide, River of smoke, Flood of Fire are some of the greatest novels of Amitav Ghosh.
iii. Amitav Ghosh is also recipient of the Padma Shri and Sahitya Akademi Awards.
Jnanpith Awards
Jnanpith Awards is annually presented by the Bhartiya Jnanpith to the Indian literateurs who write in one of the 22 Indian Languages listed in Schedule Eight of the Indian Constitution. The Reward Amount offered to the writer is Rs. 11 Lakh.

MNF Chief Zoramthanga takes oath as Mizoram CM for Third Time
On 15th December 2018, the President of Mizo National Front (MNF), Mr. Zoramthanga sworn in as the Chief Minister of Mizoram for the third time at Raj Bhavan in Aizawl. 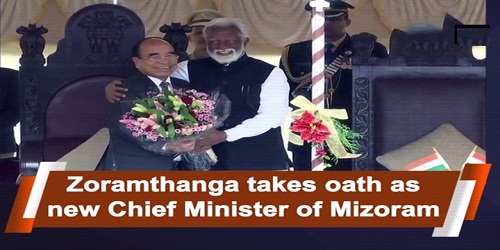 Cyclone Phethai Winds towards Andhra Pradesh, Tamil Nadu and coastal area of India
As per India Meteorological Department (IMD), Coastal Andhra Pradesh and North Tamil Nadu are expected to receive heavy rainfall on 16th and 17th December due to a severe cyclone Phethai which is heading towards coastal areas of Andhra Pradesh and Tamil Nadu.
Key Points
i. The Deep depression over southeast Bay of Bengal is moving northwestward and it could intensify and turn into a cyclonic storm.
ii. Earlier Cyclone Gaza caused massive destruction in Tamil Nadu coastal areas. This is the forth cyclone to hit the eastern coast this season.
India Meteorological Department (IMD)
♦ Headquarters: New Delhi
♦ Parent Organization: Ministry of Earth Sciences
♦ Director General of Meteorology: K.J. Ramesh

Pakistan to host 2020 Asia Cup; final venue unclear
On 13th December 2018, The Asian Cricket Council (ACC) awarded the hosting rights of the 2020 Asia cup to the Pakistan Cricket Board (PCB) in a meeting held in Bangladesh Capital Dhaka.
The Decision was taken by ACC President Nazmul Hassan Papon but the final venue of the event is still unclear over whether it will be played in UAE or Pakistan

International Tea day celebrated on 15th December and ITA inks pact with Chinese tea body to boost shipments
On 15th December 2018, International Tea Day aimed to draw global attention of governments and citizens to the impact of global tea trade on workers and growers was observed in Tea Producing countries.
Indian Tea Association (ITA) has signed a Memorandum of Understanding (MoU) with China Tea Marketing Association (CTMA) in a meeting held in Kolkata between Vivek Goenka, Chairman ITA and Wang Qing, President CTMA.
i. ITA Expects to double the export to China in next one year.
ii. The MoU aims to collaborate towards ensuring sustainability of the industry globally and promoting black and green tea in International Markets