We are here for you to provide the important Current Affairs December 14 2018, which have unique updates of all daily events from all newspapers such as The Hindu, The Economic Times, PIB, Times of India, PTI, Indian Express, Business Standard and all Government official websites. i. India is hosting the Partners’ Forum for the second time.
ii. The previous chapters were held in Johannesburg, South Africa in 2014, New Delhi, India in 2010 and Dar es Salaam, Tanzania in 2007.
Objective:
To improve the health and well-being of women, children and adolescents particularly the health related SDGs as articulated in the Strategy for Women’s Children’s and Adolescents’ Health in support of ‘Every Woman Every Child’ (EWEC) movement.
Key Points:
i. It was organized by:

ii.Forum was framed around the objectives of the Global Strategy of: Survive – Thrive – Transform.
iii. It will explore the findings of the 12 Success Factors case studies showcasing efforts of various governments for the betterment of health of women, children and adolescents.
iv. This will showcase learning from across six regions:  Africa, Eastern Mediterranean, Europe, Americas, South East Asia and Western Pacific on six thematic areas.
v. From India, Intensified Mission Indradhanush has been selected as one of the case studies under QED theme.
vi. These findings would be published in a special Partners’ Forum edition of the BMJ (originally called British Medical Journal).
PM Modi’s participation:
On the inauguration of the 4th Partner’s Forum, the Prime Minister of India, Shri Narendra Modi announced the following:

ii. According to the recommendations of High level Committee headed by P.K.Sinha, following was suggested:

Background:
According to a report by the Department of Financial Services, as many as 34 coal-based thermal power projects, mostly private with a total capacity of 40,130 MW, were considered ‘stressed’ by the Ministry of Power as on March 22, 2017.
Ministry of Power:
♦ Minister of State (I/C): Shri. R.K. Singh. i. On her visit, Sitharaman,defence minister of India, was accorded with the Armed Forces Enhanced Honours Cordon, a red-carpet welcome, during her maiden visit to the US.
ii. She was accompanied by US Ambassador to India Kenneth Juster on her official visit.
iii. The whole visit revolved around the US-India Defence partnership.
Meeting with US Defence Secretary at Pentagon:
On December 3, 2018, Defence Minister Nirmala Sitharaman met with her US counterpart, James Mattis at the Pentagon.
i. India was described as a “stabilising force” across the Indo-Pacific and the globe.
ii. The two leaders discussed the growing partnership between India and US in the defence sector and agreed to further strengthen bilateral defence cooperation, building on the discussions and outcomes of the ‘2 + 2 Dialogue’ held in September 2018.
iii. She also went to California to visit the Defence Innovation Unit of the Department of Defence.
Meeting with INDO-PACOM Commander at Joint Base Pearl Harbour Hickam, Hawaii
On December 6, 2018, on the second leg of her visit, Defence Minister Sitharaman visited the Indo-Pacific Command headquarters in Hawaii.
Here, she met and held meeting with the Commander of the United States Indo-Pacific Command (INDO-PACOM), Admiral Philip S Davidson.
i. They discussed on upholding international laws, peace and prosperity and agreed on mutual cooperation to ensure a free and open Indo-Pacific.
ii. After the meeting she also visited the Joint Base Pearl Harbour Hickam a day before the 77th anniversary of the attack of Japan in 1941.
Other News:
Honolulu is the headquarters of the US Pacific command (PACOM) which was recently renamed as INDO-PACOM.
Background:
On September 2018, US and India signed the Communications Compatibility and Security Agreement (COMCASA) which enabled India to receive advanced US military hardware.
US:
♦ Capital: Washington D.C.
♦ Currency: US dollar.
♦ Indian Ambassador to US: Navtej Sarna. i. It concluded with the ‘Riyadh Declaration’ containing 72 topic covering cooperation and regional affairs of Gulf nations.
ii. It consisted of participation of GCC member countries Bahrain, Kuwait, Oman, Saudi Arabia, the UAE and Qatar.
iii. The 40th Summit will take place in the UAE.Oman will be the president for the next 12 months.

RBI grants 40 branch licenses to Bandhan Bank
On December 12,2018,Reserve Bank of India (RBI) has allowed Bandhan Bank to open as many as 40 new branches, by the end of December, releasing the restriction that RBI has put on the Bandhan bank’s branch opening spree three months back. 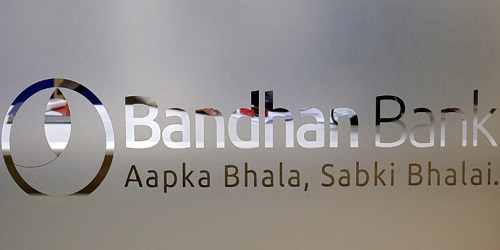 i. The RBI had barred the bank from opening new branches in September after the private-sector lender failed to bring down main shareholder’s stake to below 40 % as mandated in the licensing norms for universal banks.
ii. Bandhan Financial Services (BFSL) the promoter of Bandhan Bank, currently holds 82.28 %  stake in the bank. The bank is planning either to float an open offer for sale or to acquire a non-bank lender which would in turn bring down the promoters’ stake.

On December 12, 2018, Ajay Tyagi, Chairman of Securities and Exchange Board of India (SEBI) announced approval on various norms taken in its board meeting in Mumbai.

FDI inflows to South, South West Asia down 6 pc to USD 63 billion in 2017: UN report
On 12th December 2018, according to UN Economic and Social Commission for Asia and the Pacific (ESCAP) report Foreign Direct Investment (FDI) inflows to South and South-West Asia decreased by 6% to USD 63 billion in 2017. The drop is due to a drop in foreign funding flow to countries like India and Turkey.
Key points
i. India remains the largest investment destination in the sub-region due to its large and growing market and attracted USD 22 billion FDI in the first half of 2018.
ii. India slipped three ranks to eleventh ranking in 2018, from 8th ranking in 2017 according to the AT Kearney FDI Confidence Index 2018.India recorded a 9% drop in FDI
iii. Iran, Nepal, Pakistan and Sri Lanka witnessed sharp rises of 49 per cent, 87 per cent, 13 per cent and 53 per cent respectively in FDI.
About United Nations
♦ Headquarter: New York
♦ Secretary-General: Antonio Guterres

UN honours Indian startup ‘HelpUsGreen’ which recycles floral waste from temples to clean Ganga
On 11th December 2018, the United Nations (UN) has honoured an Uttar Pradesh based startup company ‘HelpUsGreen‘,which works to clean up the mighty river Ganga by recycling thousands of tonnes of floral waste from temples and mosques across many cities\towns in Uttar Pradesh to produce natural incense, organic fertilizers and biodegradable packaging material through its ‘flowercycling’ technology.
i. HelpUsGreen is one of 15 ground-breaking projects from around the world that has won this year’s UN Climate Action Award at a special ceremony at the UN Climate Change Conference (COP 24) in Katowice, Poland.
ii. With the help of the startup about 1,260 women have been supported to date and 19 children whose mothers used to work as manual scavengers have started going to school.
iii. About 11,060 metric tonnes of temple-waste has been ‘flowercycled’ to date by the women, preventing as much as 110 metric tonnes of chemical pesticides that enter the river through temple waste.

8 parliamentarians honoured with Lokmat Parliamentary Award by Vice President M Venkaiah Naidu
On December 13, 2018, Vice President M Venkaiah Naidu honoured 8 winners of the Lokmat Parliamentary Awards at Lokmat National Conclave 2018 held at Dr. Ambedkar International Center, Janpath in New Delhi.
i. They will be awarded for their contribution in strengthening parliamentary democracy.
ii. 4 women MPs from both Houses will be awarded for their contribution.
The list of Winners are:

About the Award:
♦ The Lokmat Parliamentary Awards is the brainchild of Lokmat Media group chairman Vijay Darda.

Delhi Police enters into Limca Book of Records for training over two lakh women and girls
On 12th December 2018, Delhi Police has entered the Limca Book of Records for training 2,08,125 women and girls in 989 self-defence programme in 2017.
i. The self-defence programme of Delhi Police was started in 2002 and is carried out by the Special Police Unit For Women and Children (SPUWAC) which has trained 9,80,456 women under 5,140 programmes till November 2017.
ii. The Delhi Police will receive the award in February next year.
iii. The Delhi Police have set a target to train around 3.5 lakh women in 2019. i. Manika Batra became the first ever Indian Table Tennis player to be awarded the ‘Breakthrough Table Tennis Star’ award.
ii. Other Awardees are as follows:

About the Awards:
♦ Constituted in 2013.
♦ Organized by: International Table Tennis Federation.

Odisha boy to receive National Bravery Award from PM
On 12th December 2018, Situ Malik (15), a minor boy from Kendrapara district of Odisha has been selected for the National Bravery Award for saving his paternal uncle from a crocodile attack.
i. He will be awarded from Prime Minister Narendra Modi on January 23, 2019.
ii. Situ had saved his uncle Binod Malik from attack of a crocodile which had sneaked into the village pond on February 20 2018. 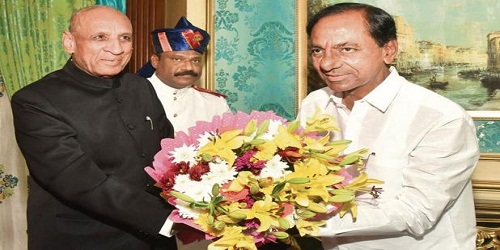 Key Points:
i. Party Member of Legislative Council Mohammed Mehmood Ali, who was deputy chief minister in the previous TRS government, took oath as a minister along with Rao.
ii. In the recently concluded assembly election the TRS won 88 seats in the 119-member assembly, defeating the Congress-led ‘Praja Kutami’, which ended up with a tally of 21 while the BJP won just one seat in the state.
iii. This was the first Assembly elections in India’s youngest state because the last elections were held in united Andhra Pradesh in 2014.
About Telangana:
♦ Chief Minister: K. Chandrashekhar Rao
♦ Governor: E.S.L. Narasimhan
♦ Capital: Hyderabad
♦ National Parks (NP): Kasu Brahmananda Reddy NP, Mahavir Harina Vanasthali NP, Mrugavani NP

Justice Tarun Agarwala appointed Securities Appellate Tribunal presiding officer
On 12th December 2018, Justice Tarun Agarwala retired Chief Justice of the Meghalaya High Court has been appointed as the presiding officer in the Securities Appellate Tribunal, Mumbai.
Key points
i. Justice Agarwala will remain presiding officer for a period of five years or till the age of 70 years, whichever is earlier.
ii. The Securities Appellate Tribunal is a statutory body established under the provisions of Section 15K of the Securities and Exchange Board of India(SEBI) Act, 1992, to hear and dispose of appeals against orders passed by the SEBI or by an adjudicating officer under the Act.
iii. Justice Agarwala had graduated from the Allahabad University with a law degree. He started practicing as an advocate in the Allahabad High Court in 1981 in the matters of Civil Law, Constitutional, Taxation, Labour, Testamentary and Corporate Affairs matters.
About SEBI
♦ Headquarter: Mumbai
♦ Chairman: Ajay Tyagi Features of the FNPP:
i. It has a capacity of 70MW and is equipped with two reactors of 35MW each.
ii. The life span of the project is 40 years, with the possibility of being extended up to 50 years.
Key Points:
i. After the completion of tests in March 2019, in the second half of 2019, the FNPP will be transported to its final destination to the port of Pevek in Russia’s extreme north-eastern region of Chukotka.
ii. It will then replace the existing Bilibino Nuclear Power Plant and the Chaunskaya coal-fired power plant.
iii. It will be used to maintain both uninterruptible power and plentiful desalinated water supply in remote areas.
iv. This project will help the grid-isolated Russian Arctic regions.
Background:
Rosatom are also the equipment suppliers and consultants for the Kudankulam Nuclear Power Project in Tamil Nadu.
Russia:
♦ Capital: Moscow.
♦ Currency: Russian ruble.

ICC ropes in Royal Stag as official sponsor for next five years
The International Cricket Council (ICC) has signed a contract with Pernod Ricard India Pvt Ltd, the makers of whisky brand Royal Stag for a five-year global partnership as an official sponsor.
i. The size of Royal Stag’s sponsorship deal is estimated to be $5-6 million per year.
ii. The partnership which will last until 2023 would allow Royal Stag a comprehensive presence across broadcast, digital and on-ground activations of all ICC global tournaments, including the 2019 World Cup, T20 World Cup, World Test Championship and U19 World Cup and Women’s World Cup.
iii. Recently Indian craft beer Bira 91 signed a similar five-year partnership with ICC, making it the first Indian beverage brand to strike a global sponsorship deal with the cricket governing body.