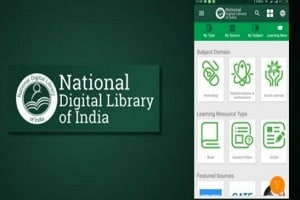 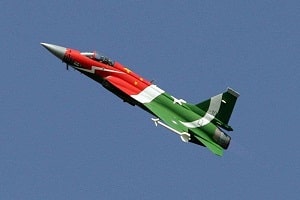 RBI Board Approves Surplus Transfer of Rs 1.76 Lakh Crore to Govt as it Accepts Bimal Jalan Panel Recommendation
On August 26, 2019, The Reserve Bank of India(RBI)’s Governor Shaktikanta Das-led RBI central board in its 578th meeting (held in Mumbai, Maharashtra) has accepted the recommendation of high-level 6-member panel headed by its former Governor Bimal Jalan on transfer of Rs 1,76,051 crore to the government comprising of Rs 1,23,414 crore of surplus for the year 2018-19 and Rs 52,637 crore of excess provisions as per the revised Economic Capital Framework (ECF).
i. The additional cash will help the government meet its fiscal deficit target of 3.3% of the gross domestic product (GDP) for the current fiscal year(FY2019-20)………………………..Click here to Read more 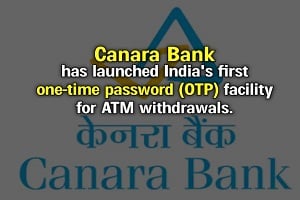 Key points:
i. Many banks have started taking steps to protect their customers from ATM fraud. On March 15, 2019, The State Bank of India( SBI) has also launched YONO (You Only Need One) Cash Services for customers to withdraw money from ATMs without a card.
About Canara Bank:
♦ Founded: 1906
♦ Headquarters: Bangalore, Karnataka
♦ Chairman: T.N. Manoharan
♦ MD& CEO:  Shri. R A Sankara Narayanan
♦ Tagline: Together we can

India’s GDP growth estimated at 6.0% for Q1 of 2019-20: FICCI Survey
As per the recently released FICCI’s (Federation of Indian Chambers of Commerce and Industry) ‘Economic Outlook Survey 2019’, India’s GDP (Gross domestic product) growth estimated at 6.0% for Q1 (April 2019 to June 2019) of Fiscal year FY 2019-20. The growth numbers will be released by the Central Statistics Office (CSO). While the annual median GDP Growth for 2019-20 projected at 6.9% and the minimum and maximum growth estimate stood at 6.7% and 7.2% respectively for 2019-20.
Key points:
i. The survey was conducted by economists belonging to the industry, banking, and financial services sectors during the months of June-July 2019.
ii. Views on India’s potential growth rate: The surveyed economists suggested 4 key areas that needed immediate attention which include,

About FICCI:
♦ Founded: 1927
♦ Headquarters: New Delhi
♦ President: Sandip Somany
♦ It is an association of business organizations in India, draws its membership from the corporate sector, both private and public, including SMEs(Small and medium-sized enterprises) and MNCs(multinational corporation).

India failed to comply with the multiple requirements prescribed in SDDS: IMF Report for 2018
According to the report titled “Annual Observance Report of the Special Data Dissemination Standard for 2018” released by the International Monetary Fund (IMF), India failed to comply with the multiple requirements prescribed in Special Data Dissemination Standard (SDDS) which are mandatory for all IMF members. The report lists the compliances & deviations from the SDDS under each data category for a particular year. There are 20 data categories.
Key Points:
i. In 2018, India deviated from the SDDS in at least 1 instance in all the data categories listed. The delay had exceeded 100 days in multiple instances.
ii. Brazil did not delay dissemination in any category. China, South Africa and Russia lagged in some categories but the delay didn’t exceed 31 days for any category.
iii. The report lists 3 types of deviations from SDDS:

About SDDS:
IMF launched the SDDS initiative in 1996 to guide the members to enhance data transparency and help financial market participants with adequate information to assess the economic situations of individual countries. India subscribed to the SDDS on December 27, 1996. 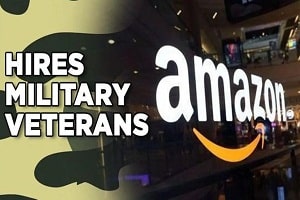 Atos and C-DAC to work in the field of quantum computing, AI and exascale computing
On August 26, 2019, French information technology(IT) firm Atos and Centre for Development of Advanced Computing(C-DAC) which is a Ministry of Electronics and Information Technology (MeitY)run research organization, have signed an agreement to work on the technical advancement in the field of artificial intelligence (AI), exascale computing (billions of billion calculations per second) and quantum computing (computer technology based on quantum theory).
Key points
i. Atos’s ‘Quantum Learning Machine’ claimed to be one of the world-leading quantum simulators, will be used at the C-DAC facility, which is working with Atos on the National Supercomputing Mission.
ii. The C-DAC Mission Mode Programs on Exascale Computing, Microprocessor and Quantum Computing, Artificial Intelligence and Natural Language Computing is led by its Director General (DG) Hemant Darbari.
About CDAC:
♦ Headquarters- Pune.
♦ Founded- 1984.
♦ C-DAC was formed after the amalgamation of The National Centre for Software Technology (NCST), Electronic Research & Development Centre (ER&DCI)and Centre for Electronics Design and Technology of India(CEDTI) in 2003.

Akademik Lomonosov: World’s first floating nuclear reactor of Russia launched in Arctic
The world’s first floating nuclear reactor Akademik Lomonosov was launched by Russia on August 23, 2019, and had set up on a 5000 km journey to northeastern Siberia from Arctic port of Murmansk (north Arctic region), and the trip is expected to last between 4-6 weeks depending on the ice amounts and weather. Despite warnings by environmentalists the journey was started as the reactor is vulnerable to storms and could also produce radioactive wastes. 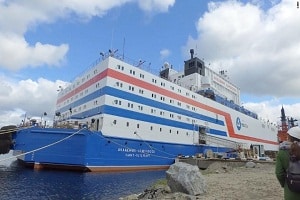 Akademik Lomonosov:
i. Features: Owned by Rosatom(Russian state nuclear energy corporation), the work for the nuclear reactor began in 2006.  It is of length144 metres (472 ft.) and width of 30 metres (98 ft.) weighing 21,000 tons. The reactor is expected to start its operation by the end of 2019, mainly serving in the region’s oil platforms.
ii. Reactors & crew: The floating reactor that can accommodate a crew of 69 members began the work of construction in Saint Petersburg, Russia in 2006. It has 2 KLT-40 naval propulsion reactors with a capacity of 35 megawatts each and can travel at a speed of 3.5 to 4.5 knots.
The reactor on arriving Pevek, a town in the Siberian region of Chukotka(Russia), will replace a local nuclear plant and a closed coal plant.
iii. Criticism:Greenpeace which is a Non-Governmental Organization in the Netherlands, criticized the project calling it “nuclear Titanic” and a “Chernobyl on Ice” due to the probable harmful effects it may produce in the future and also created concerns of the Russian nuclear negligence after the recent explosion in Arkhangelsk, Russia, a military testing site.

IIT-Guwahati Researchers developed lab grown meat
Researchers from the IIT-Guwahati (Assam), have developed a fully grown meat in their Biomaterial and Tissue Engineering laboratory. Claimed to be natural, the meat is formulated and is applied for patent rights for production. Also, it has improvised nutritional values as per customer needs.
Key points
i. The lab-grown meat will be an alternative to real meat as UN population prospects that the current meat industry will not be able to meet the global needs by 2050.
ii. Patented part: Muscle progenitor cells isolated from animals via small biopsies are patented by the research team where the cells are grown on edible material base.

Feroz Shah Kotla Cricket Ground in Delhi is set to be renamed as Arun Jaitley Stadium
The governing body of Cricket activities in the Delhi state, the Delhi and District Cricket Association (DDCA) has decided to rename the Feroz Shah Kotla Stadium in Delhi as Arun Jaitley Stadium in the memory of the cricket body’s former president who passed away on August 24, 2019. He served as the president of the DDCA from 1999 to 2013. 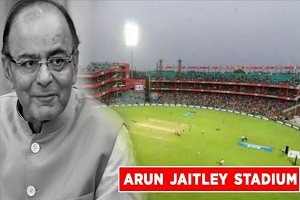 Key points:
i. The rechristening will take place on September12, 2019, at a function, which will be held at the Jawaharlal Nehru Stadium and will be graced by the presence of Home Minister Amit Shah and Sports Minister Kiren Rijiju.
ii. Jaitley, the former Minister of Finance is credited with renovating the Kotla ground into a modern facility with increased capacity to accommodate more fans and also world-class dressing rooms. 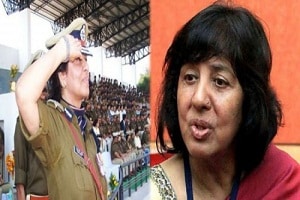 i. She is a 1973 batch IPS officer.
ii. She was appointed the DGP of Uttarakhand in the year 2004 and retired as the DGP on October 31, 2007.
iii. She also contested in the 2014 Lok Sabha elections on an Aam Aadmi Party’s (AAP) ticket from Haridwar constituency. But failed to win.
iv. She was awarded President’s Medal for long and meritorious services in 1989, President’s Medal for distinguished services in 1997 and Rajiv Gandhi Award in 2004 for excellent all-round performance and as an outstanding woman achiever. 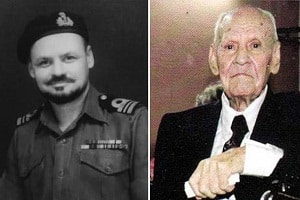 Key points:
i. Kelman who was a founder member of the Goa Branch of the All India Anglo Indian Association was awarded Kirti Chakra in 1962 for his valour in 1961 Goa liberation to oust Portuguese from the Anjadip island.
ii. He was also awarded the king’s commendation (for brave conduct) in the Second World War (WW II), for sinking a Japanese submarine.

Karnataka CM appoints 3 Deputy CMs and allocates cabinets
On August 26, 2019, the Chief Minister of Karnataka, Shri B.S Yedayurappa had appointed 3 deputy chief ministers and had also allocated portfolios to 14 ministers, a week after the cabinet ministry was expanded. The deputy CMs are Mudhol Govind Karjol (68), Dr. C.N. Ashwath Narayan (51) and Lakshman Savadi (59).
Key points:
i. The appointment of 3 Deputy CMs which is a first in Karnataka, were assigned several portfolios. They are

TN education Dept launches 24-hour Tv channel for school students
The Chief Minister(CM) of Tamilnadushri Edappadi K Palaniswamy launched the 24 hour TV(television) channel for the school students by the state education department at a function in Chennai. The programmes in the channel would cover syllabi from pre-KG (KinderGarten) to 12th standard.
Key points
i. Hi-fi laboratories are being established in all Government High Schools and Higher Secondary Schools costing about Rs. 520 crores.
ii. First electric bus in the state:  CM also launched the state’s first electric bus equipped with air-conditioning, automatic doors and GPS (Global Positioning System). Manufacture by Ashok Leyland, the bus is operated by the Metropolitan Transport Corporation (MTC).
iii. Amma patrol vehicles: Mr. Palaniswami flagged off 40 ‘Amma Patrol vehicles’ at a total cost of Rs.7.50 crore for women and children within the Greater Chennai Police limits and will be handled by police personnel. 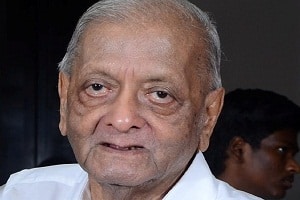 Key points:
i. Hailing from Odisha, Lalat, the son of eminent scientist Pranakrushna Parija, served twice as the Chief Secretary of Odisha in 1983 and in 1986.
ii. Previous roles: He was the captain of Odisha Ranji cricket team and later served as the Chairman of the Orissa Public Service Commission(OPSC). He also served as Deputy General Manager of the Rourkela Steel Plant.
iii. Recent book: He recently released the book named “Fate takes a Hand” in March 2019.

Former Karnataka BJP president and senior advocate A K Subbaiah passed away
Ajjikuttira Kariappa (AK) Subbaiah, the former Karnataka Bharatiya Janata Party (BJP) president and senior advocate has passed away in Bengaluru, Karnataka after a brief illness. He was 85.
i. Born in Virajpet town of Karnataka in 1936, Subbaiah was an advocate by profession before entering politics.
ii. A K Subbaiah served as the Congress Member of the Legislative Council between 1988 and 1994. Prior to this, he was the first Karnataka state President of the BJP.
iii. He has also written books including a book on the RSS (Rashtriya Swayamsevak Sangh) titled “RSS Antharanga” in Kannada.