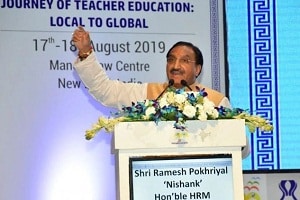 MoCA forms committee to rationalise additional taxes on ATF
The Ministry of Civil Aviation (MoCA) constituted a committee to rationalise additional taxes that airlines have to pay while uplifting Air Turbine Fuel (ATF) at airports across India. It is formed to develop a direct billing mechanism between airline companies and airport operators so that the multiple taxes can be removed.
Key Points:
i. At present, airlines have to pay charges such as ‘throughput charges’, ‘into plane charges’ and ‘fuel infrastructure charges’ when they take ATF at any airport for their planes.
ii. The panel comprises of the representatives from airlines, airport operators, oil companies, among others.
iii. If direct billing mechanism is implemented, airlines can save around Rs. 400 crore per year.
About MoCA:
♦ Minister responsible: Hardeep Singh Puri
♦ Headquarters: New Delhi

Lucknow’s iconic Hazratganj Chauraha renamed as Atal Chowk
Famous ‘Hazratganj Chauraha’ of Lucknow, Uttar Pradesh has been renamed as ‘Atal Chowk’ in memory of former Prime Minister of India, Late Atal Bihari Vajpayee on the occasion of his first death anniversary, from August 16, 2019. He was a five-time Member of Parliament (MP) from Lucknow. A memorial named “Atal Smriti Upvan” will also be built on his name. 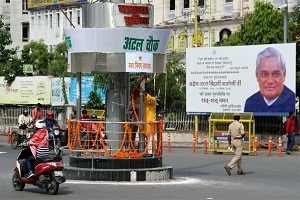 28th BASIC Ministerial Meeting 2019 on Climate Change held in Sao Paulo, Brazil
The 28th session of BASIC (Brazil, South Africa, India, and China) Ministerial meeting 2019 on Climate Change was held in Sao Paulo, Brazil from 14 – 16  August 2019. Union Minister of Environment, Forest and Climate Change, Shri Prakash Javadekar represented India for this meeting. This comes ahead of United Nations Framework for Climate Change (UNFCC) Conference of Parties (COP-25) meet scheduled to be held in Santiago, Chile from 2 – 13 December 2019.
i. While addressing the meeting, Mr. Prakash Javadekar stated that the BASIC Group coming & putting views together is an important aspect of the UN (United Nations)negotiations. The group has one-third of world’s geographical area and nearly 40% of the world’s population, can play a crucial role in ensuring that all countries accept the Paris climate agreement.
Furthermore, he stated that BASIC will be united and will speak in one voice.
ii. China will host the 29th BASIC Ministerial Meeting in 2020…………………..Click here to Read more

IITM develops Multimodal Robotic System called “GraspMan” with a human-like grasp
A team of researchers led by Asokan Thondiyath at Indian Institute of Technology Madras (IITM) have developed a new class of Robotic System called “GraspMan’, which has a human hand like grasping, manipulation and locomotion abilities.
Key points:
i. GraspMan: It comprises a pair of graspers which provides morphological adaptation& allows it to confirm the geometry of the object. The graspers have the capability to hold objects securely and manipulate them much like the human hand.
ii.Application: The Robotic System will be used in industrial applications such as pipe climbing and inspection, which involve climbing, holding and assembling. Machines used in search&rescue purpose and locomotory applications will get benefit from this robotic platform.
iii. The research has been published in Journal of Mechanisms and Robotics.

AIG Ashish Kapoor strikes 2 gold medals for India at WPFG 2019 held in Chengdu, China
On August 17, 2019, Ashish Kapoor, an Assistant Inspector General (AIG) in Vigilance Bureau of Punjab has clinched 2 gold medals for India in both singles and doubles Tennis events during the 18th edition of World Police and Fire Games (WPFG) 2019, held at Chengdu in China from August 11-17,2019. 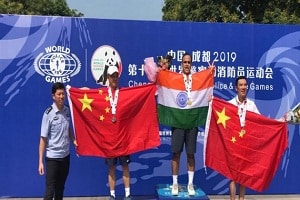 Key points:
i. In his debut in 2009 in WPFG games at Vancouver, he had won a bronze medal in tennis singles. In New York games, 2011 he got Silver whereas in Belfast, Ireland (2013), Fairfax USA (2015), and Los Angles USA (2017) he grabbed Gold medals.
ii. He is an all India police champion in Tennis singles events for the last 15 years and a top-seeded in this event.
About WPFG:
It is a biennial sporting event, in which officers or officials from police and Fire Departments from all over the world compete in the different events. 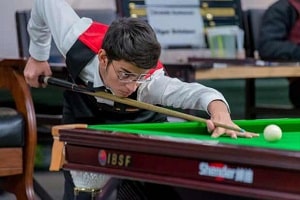 Key points
i. Tendulkar had 69 sixes in 329 innings. But Tim Southee made it in just 89 innings. They both are now tied at the 17th spot.
ii. Tim Southee who came to bat at no.10 scored 14 off 19 balls and achieved the feat by hitting off-spinner Dhananjaya de Silva for a six.
iii. Southee is just one six away to equal former Pakistan batsman Younus Khan who made 70 sixes in 213 innings.
iv. The record is topped by former New Zealand captain and currently appointed coach of Kolkata Knight Riders(KKR) team Brendon McCullum. He made 107 sixes in 176 innings. KKR is a team in the Indian Premier League(IPL).
v. The only cricketer apart from McCullum to score century of sixes in test series is Former Australian wicket-keeper batsman Adam Gilchrist who has 100 sixes in 137 innings.
vi. Others following Gilchrist are west Indies’s Chris Gayle(98), South Africa’s Jacques Kallis(97) and India’s Virender Sehwag (91). 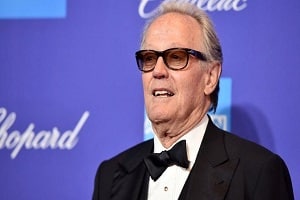 Key points
i. Born on 23 February 1940 in New York, America, Peter Fonda is best known for his role as Wyatt in 1969 movie “Easy Rider”.
ii. He was nominated for an Oscar (Academy Awards) in the Best Actor category in 1997 for his portrayal of a beekeeper in movie ‘Ulee’s Gold’. He also won the Golden Globe award for the role.
iii. He was awarded the Golden globe again for best-supporting actor for his role in “The Passion of Ayn Rand” in 1999.
iv. He was the son of actor Henry Fonda and also a brother of actress and activist Jane Fonda. 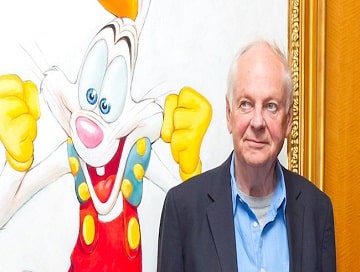 i. He was best known for serving as an animation director on Who Framed Roger Rabbit? (1988) and for his unfinished feature film ‘The Thief and the Cobbler’ (1993).
ii. His works include What’s New Pussycat? (1965), A Funny Thing Happened on the Way to the Forum (1966), The Charge of the Light Brigade and Pink Panther.
iii. For the film “Who Framed Roger Rabbit?”, he won two Oscars for Best Visual Effects and a Special Achievement Oscar. He also won a visual effects British Academy of Film and Television Arts (BAFTA) Award.
iv. For his first film, “The Little Island”, he won a BAFTA in 1958. The first Oscar was received by him in 1971 for his animated adaptation of “A Christmas Carol.”
v. He published “The Animator’s Survival Kit: A Manual of Methods, Principles, and Formulas for Classical, Computer, Games, Stop Motion and Internet Animators” in 2001. 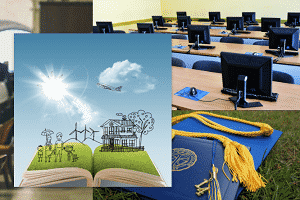 Key points:
i. In order to ensure regular attendance of teachers, biometric devices would be installed in every Government schools in the state.
ii. Once the teachers posted in these schools, they would stay at the place of their posting for at least 3 years.
iii. One Higher Secondary School from each of the 60 Assembly constituencies in the state has been selected under the 1st phase of the scheme.
iv. The state also set a target to increase enrollment of students from 26,000 at present to around 44,000 in the next academic session. Additional infrastructures like a modern school campus, sufficient school furniture, outdoor gymnasium, separate toilets for boys and girls, drinking water facilities will be provided to these schools as per the Right to Education (RTE) norms.
About Manipur:
♦ Capital: Imphal
♦ Governor: Padmanabha Acharya
♦ National Park: Keibul Lamjao
♦ Dances: Dhol cholom, Pung Cholam, Nupa Pala.

Nagaland State police Department gets its first Laboratory-cum-Training centre at Dimapur
On August 15, 2019, The deputy chief minister of Nagaland Yanthungo Patton (Y. Patton), inaugurated the first Cyber Laboratory-cum-Training Centre of the Nagaland State Police Department at Chumukedima of Dimapur district. This training centre was inaugurated for the prevention of Cyber Crime against Women and Children.
Key points
i. The Inspector-General of Police (IGP) from the Crime Investigation Department (CID) – Zekotso Mero delivered the welcome address.
ii. About 50 police personnel from different police units will be trained on specific topics related to cybercrimes and also ways to assist women and children victims in those crimes.
About Nagaland
♦ Capital- Kohima.
♦ Chief Minister-  Neiphiu Rio.
♦ Governor- R.N.Ravi.
♦ Largest city- Dimapur.