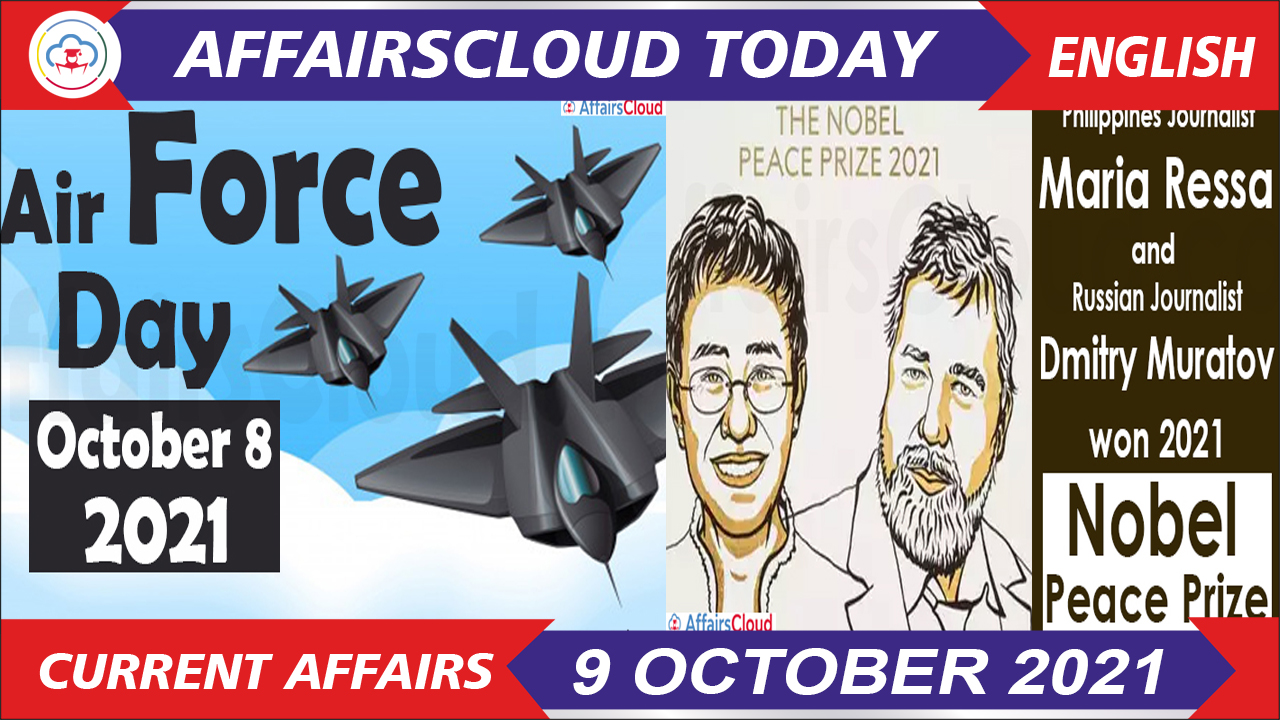 We are here for you to provide the important Recent and Latest Current Affairs 9 October 2021, which have unique updates of Latest Current Affairs 2021 events from all newspapers such as The Hindu, The Economic Times, PIB, Times of India, PTI, Indian Express, Business Standard and all Government official websites. 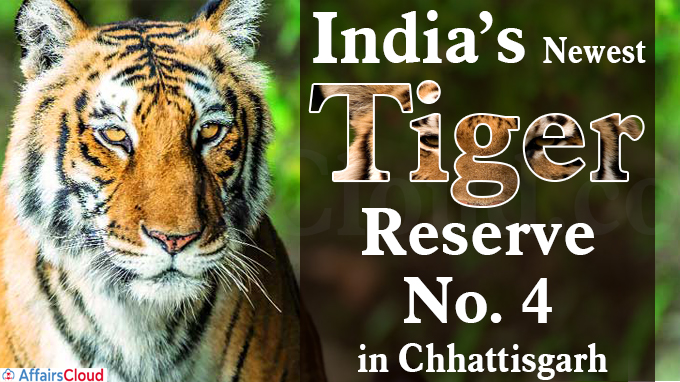 The 11th Technical Committee of the National Tiger Conservation Authority (NTCA) has approved the proposal of the government of Chhattisgarh to declare the combined areas of the Tamor Pingla Wildlife Sanctuary and the Guru Ghasidas National Park as the 4th Tiger reserve of Chhattisgarh. 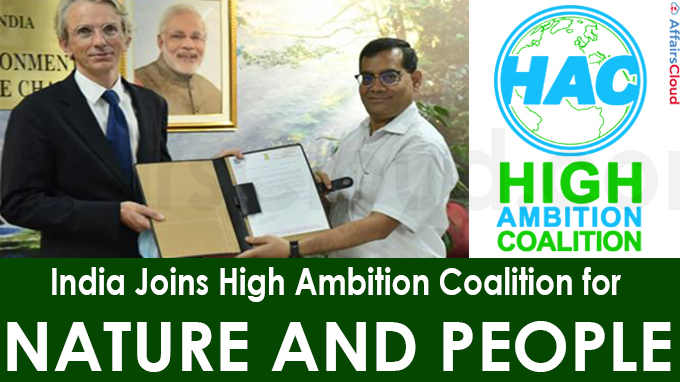 The 6th Edition of India – UK (United Kingdom) Joint Company Level Military Training exercise Ajeya Warrior-2021 was commenced in Chaubatia, Uttarakhand on October 07, 2021, and it was scheduled to be completed on October 20, 2021.
Key Points:
i.Objective: To strengthen bilateral defence cooperation between the two countries and develop inter-operability among them.
ii.An Infantry Company from the Indian Army and an equivalent strength from UK Army would be sharing their experiences gained during the conduct of various military operations in their respective countries and during overseas engagements.
iii.The training would be completed with a 48 hours difficult exercise to validate the performance of both the Armies in conducting joint military operations in a semi-urban environment.
iv.Both the armies would familiarise themselves with each other’s weapons, equipment, tactics and procedures for carrying out joint military operations.
About United Kingdom (UK):
Capital – London
Prime minister – Boris Johnson
Currency – Pound sterling 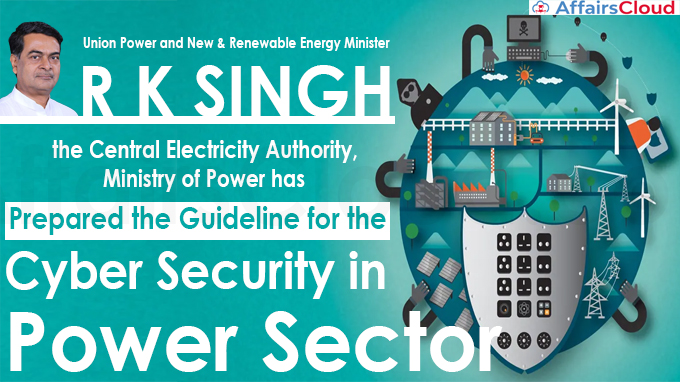 The government of India has released 1st guidelines for cybersecurity in the power sector. These guidelines were released under the direction of Union Power and New & Renewable Energy Minister Raj Kumar Singh and the Central Electricity Authority (CEA).
Objective –
To create a cyber secure ecosystem and strengthen the regulatory framework.
About the guidelines
i.This is the first time the comprehensive guidelines for cybersecurity in the power sector were framed by the CEA.
ii.Under the provision of Section 3(10) on Cyber Security in the “Central Electricity Authority (Technical Standards for Connectivity to the Grid) (Amendment) Regulations, 2019’’, the CEA has framed the guidelines.
iii.It is mandatory to all stakeholders to focus on providing cyber hygiene, training of all IT(Information Technology) personnel on Cyber Security, constructing Cyber Testing Laboratories in the country.
iv.It will provide better facilities and solutions for tackling challenges related to cybersecurity in the power sector.
About Ministry of Power
Minister – Raj Kumar Singh (Arrah,Bihar)
Minister of State– Krishan Pal Gurjar (Faridabad, Haryana)
>>Read Full News 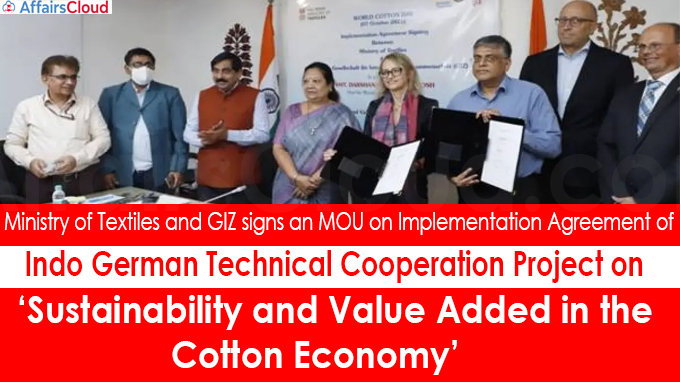 On 7th October 2021, the World Cotton Day, India’s Ministry of Textiles (MoT) supported by Ministry of Agriculture and Farmers Welfare (MoAFW) signed a Memorandum of Understanding (MoU) with Germany’s Deutsche Gesellschaft für Internationale Zusammenarbeit (GIZ) to implement projects on ‘Sustainability and Value Added in the Cotton Economy’.The agreement was signed on Implementation Agreement of Indo German Technical Cooperation Project.
Objective – The objective of the project is `to increase the value addition from sustainable cotton production in India by focusing on sustainable cotton, and strengthening of downstream processing’.
Target – The partnership targets to increase cotton production on 90,000 hectares of land in 4 States (Maharashtra, Gujarat, Madhya Pradesh, Tamil Nadu) to increase the yield of Cotton by 10%, thereby supporting 1.5 lakh farmers.
i.The Textile Ministry will constitute a Steering committee to review its projects through Nodal officers in the 4 states.
Note- India is the World’s largest Cotton producer & the 2nd largest Consumer of cotton (5.15 Million Metric Tons)
‘Shelf to Field’ approach: 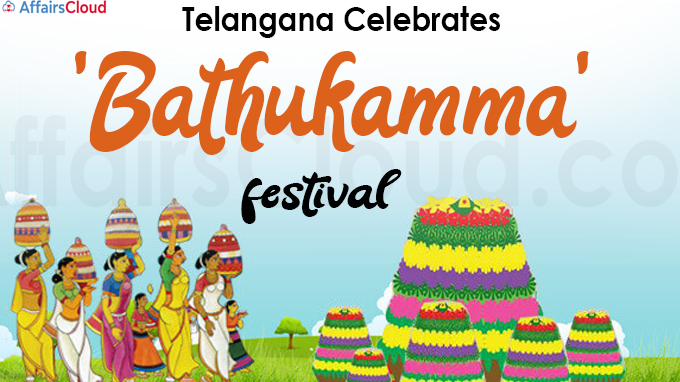 Bathukamma, a part of Dasara festivities, is a traditional Hindu festival celebrated predominantly in the state of Telangana and in some parts of Andhra Pradesh(AP). The Bathukamma festival celebrates the relationship between earth, water and the humans.
Bathukamma means ‘Goddess of Life’. 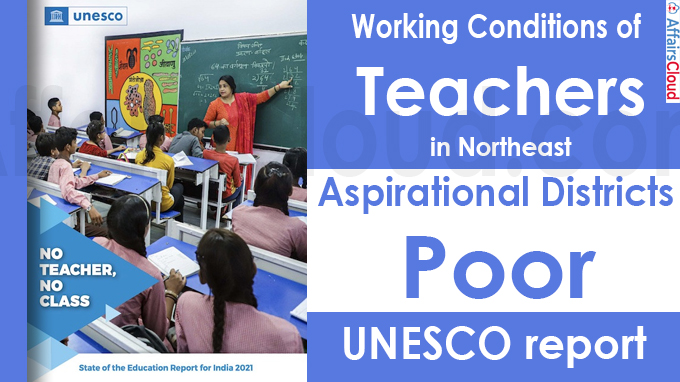 i.In accordance with the UNESCO (United Nations Educational, Scientific and Cultural Organization) report titled ‘The report – 2021 State of the Education Report (SOER) for India: No Teachers, No Class’, Indian teachers are facing basic amenities like toilets in northeast and aspirational districts. There are disparities for the same between urban and rural schools.
ii.This report is the 3rd edition of the SOER, an annual flagship report of UNESCO. It analysed data from the Unified District Information System for Education (UDISE) 2018-19 and the periodic labour force survey 2018-19.
About UNESCO (United Nations Educational, Scientific and Cultural Organization):
2021 is the International Year of Creative Economy for Sustainable Development
Establishment– 1945
Director-General– Audrey Azoulay
Headquarters– Paris, France
>>Read Full News

SBI Extends Partnership with TCS for another 5 years 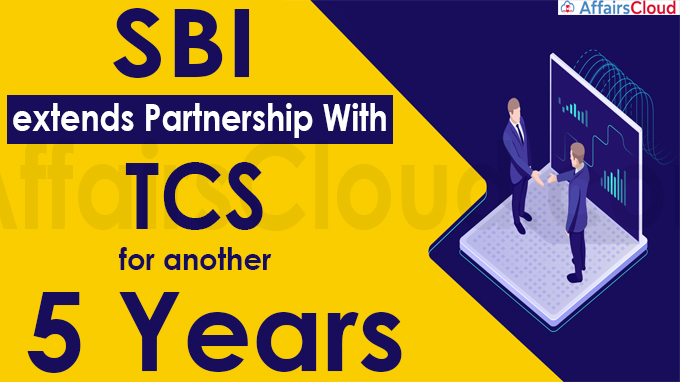 Features of “6S Campaign”:
i.Under the Swabhimaan, the bank aims to promote the financial inclusion agenda through deepening the penetration of 3 social security schemes pertaining to the insurance and pension sector. The 3 schemes are Pradhan Mantri Suraksha Bima Yojana, Pradhan Mantri Jeevan Jyoti Yojana, and Atal Pension Yojana.
ii.Through the Samruddhi scheme, PNB aims to drive credit outreach for the agricultural sector.  This will cover all the agricultural credit products like KCC, gold loans and investment credit.
iii.Under Shikhar, Sankalp and Swagat schemes, the bank has planned special rates of interest to drive credit offtake in the retail and MSME Sector.
iv.The bank has also identified focused products and customer segments for targeted outreach in line with the strategic agenda of PNB.
v.To ensure access to affordable credit for MSMEs in India, PNB has also deepened the concessions for various selected products in line with the “One District- One Product policy”.
About Punjab National Bank (PNB):
MD & CEO– S. S. Mallikarjuna Rao
Headquarters– New Delhi, Delhi
Tagline– the name you can bank upon
Founded on– 19th May 1894
Nationalized on– 19th July, 1969 Industry body FICCI (Federation of Indian Chambers of Commerce and Industry), in its latest economic outlook survey, has revised India’s GDP growth forecast for FY22 to 9.1 percent from its earlier estimation of 9 percent. 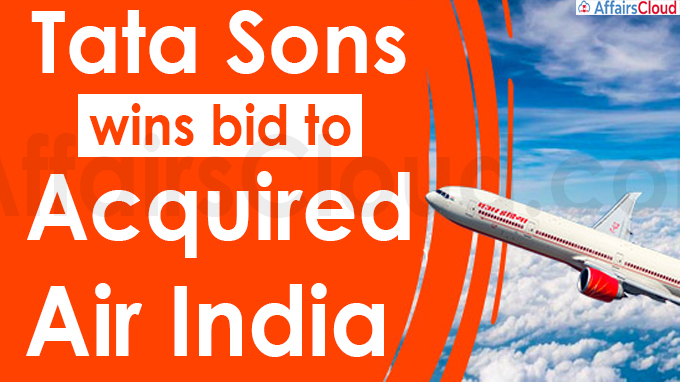 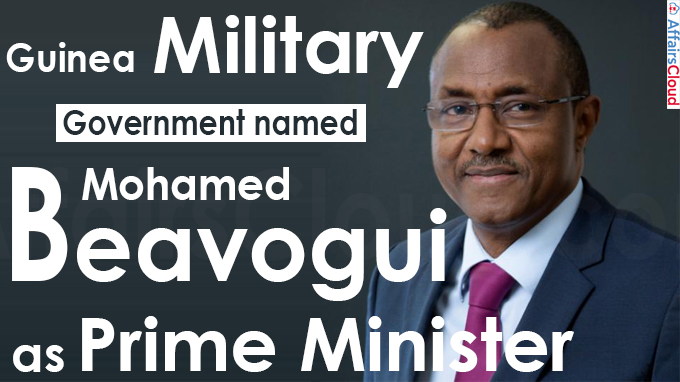 The Interim Government of Guinea led by  Colonel Mamady Doumbouya has appointed  Mohamed Béavogui(68 years old), a former civil servant and expert in agricultural finance as the New Prime Minister(PM) of Guinea. 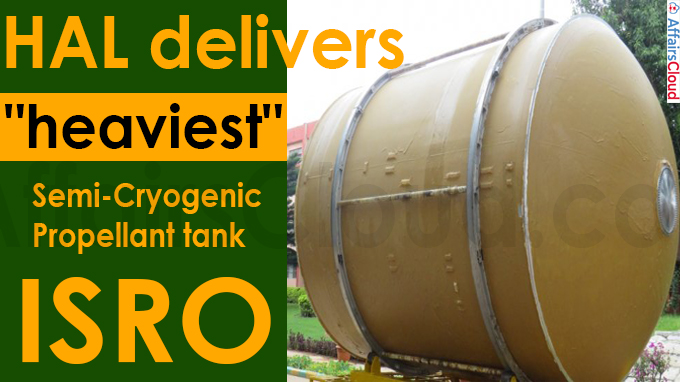 Cyclone Gulab resurrected as Cyclone Shaheen
The Cyclonic Storm Gulab, which started in the Bay of Bengal and affected the Eastern coast of India (Odisha and Andhra Pradesh) made landfall near Kalingapatnam town in Srikakulam district of Andhra Pradesh.

The cyclones are named from the list of cyclone names that is maintained by the World Meteorological Organisation/United Nations Economic and Social Commission for Asia and the Pacific (WMO/ESCAP) Panel on Tropical Cyclones (PTC). 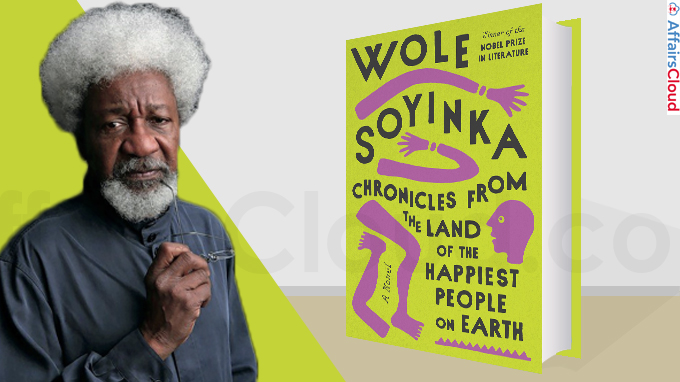 African writer Wole Soyinka, who won the Nobel Prize in Literature 1986, has authored a new novel titled “Chronicles From the Land of the Happiest People on Earth”. The book is set in a contemporary version of Nigeria.
The novel is a political and social satire based on the Nigerian elite political class.
About Wole Soyinka:
i.Akonwande Oluwole “Wole” Soyinka was born on 13th July 1934 in Abeokuta in Western Nigeria.
ii.Wole Soyinka a poet, playwright, essayist, memoirist, and novelist, is one of Africa’s most representative writers.
Awards:
i.Nobel Prize in Literature 1986 was awarded to Wole Soyinka who in a wide cultural perspective and with poetic overtones fashions the drama of existence.

ii.He was honoured with the Golden Plate Award of the American Academy of Achievement at the 2009 International Achievement Summit in Cape Town, South Africa.
Works:
i.Wole Soyinka has more than 50 literary works which include a number of poetries and around 30 plays.
ii.Other novels by Wole Soyinka are Indian Air Force Day is annually observed across India on 8th October to increase awareness about the Indian Air Force, an organisation that works towards strengthening national security. Telangana has developed the country’s first smartphone-based e-voting solution.
It will be tested in a dummy election also, and a dry run will be held  in the  Khammam district of Telangana.