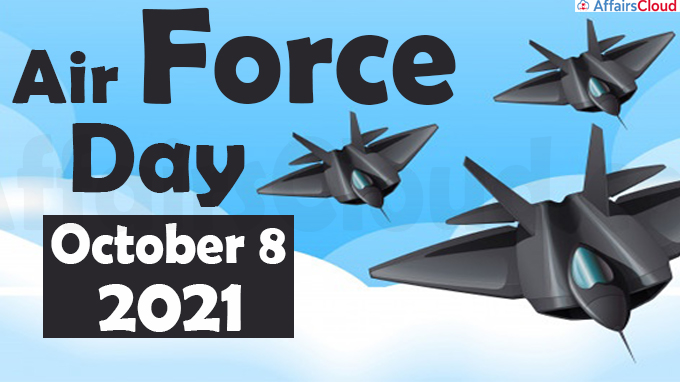 Indian Air Force Day is annually observed across India on 8th October to increase awareness about the Indian Air Force, an organisation that works towards strengthening national security.

i.The Indian Air Force(IAF) was established on 8th October 1932 and raised as a support force of the Royal Air Force of the United Kingdom.

ii.King George VI gave the prefix ‘Royal’ to the force to recognise its contribution during the 2nd World War.

iii.After India became Republic in 1950, the prefix was dropped.

iv.The IAF, also known as “Bhartiya Vayu Sena”, is the air wing of the Indian Armed Forces and the fourth largest air force in the world.

i.As a part of the 89th Indian Air Force day, the IAF flypast parade was organised at the Hindan Air Base in Ghaziabad, Uttar Pradesh.

ii.The flypast also included various formations with call signs related to the places and people involved in the 1971 war in which India defeated Pakistan and led to the creation of Bangladesh.