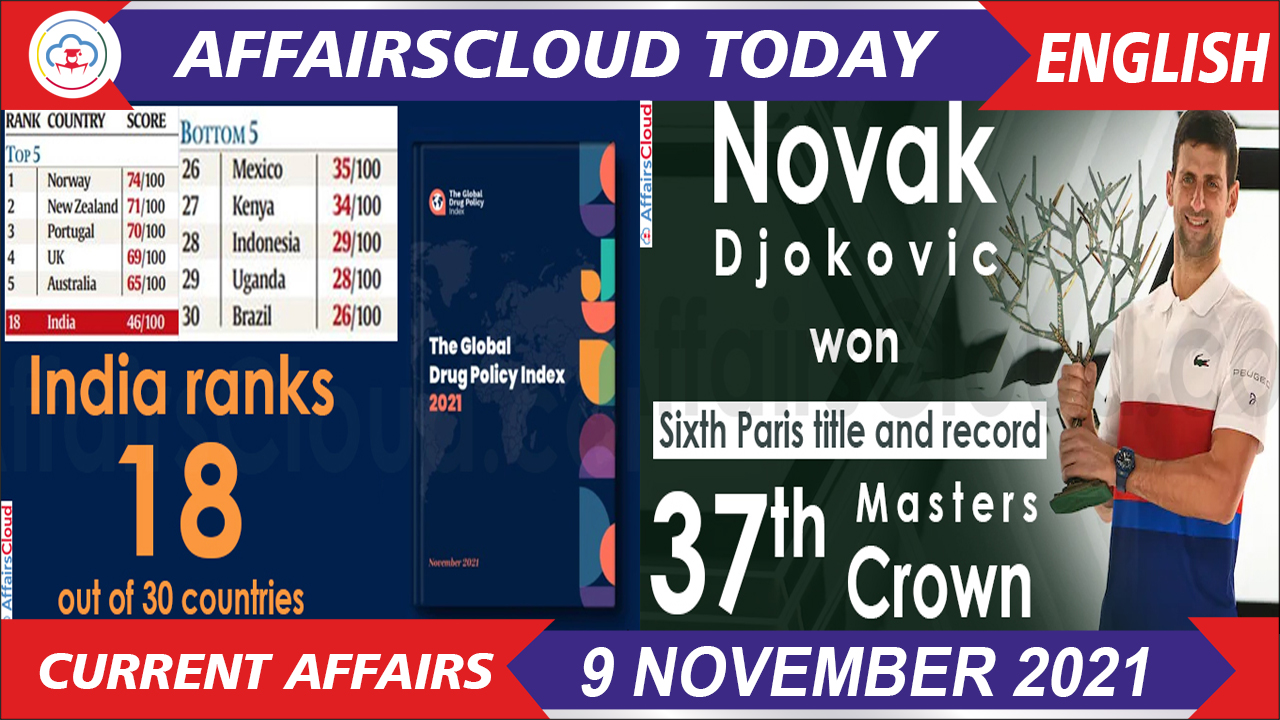 We are here for you to provide the important Recent and Latest Current Affairs 9 November 2021, which have unique updates of Latest Current Affairs 2021 events from all newspapers such as The Hindu, The Economic Times, PIB, Times of India, PTI, Indian Express, Business Standard and all Government official websites. 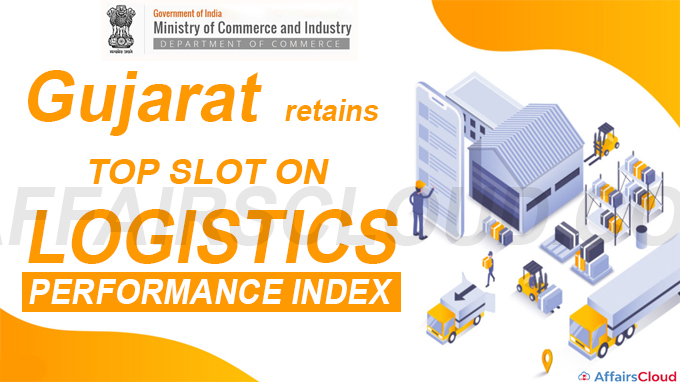 Gujarat has retained its position as the top performer among 21 states in the LEADS (Logistics Ease Across Different States) 2021 index followed by Haryana, Punjab, Tamilnadu. India ranked 18 out of 30 countries in the 1st edition of the Global Drug Policy Index which was released by the Harm Reduction Consortium in November 2021. Minister of State (MoS) for External Affairs and Parliamentary Affairs, V. Muraleedharan undertook an official visit to the Republic of the Gambia and to the Republic of Senegal from 1-5 November 2021. It was his 1st visit to both countries.
Gambia: ESAF Small Finance Bank made a partnership with NABARD (National Bank for Agriculture and Rural Development) for local economic development. Under the partnership, along with NABARD, the bank has organized a state-level Local Sustainable Economic Development Training Program to build financial literacy at basic levels. Astronaut Wang Yaping has become the first Chinese woman to walk in space following the completion of her 6-hour stint outside the Tiangong space station, as a part of its ongoing construction. 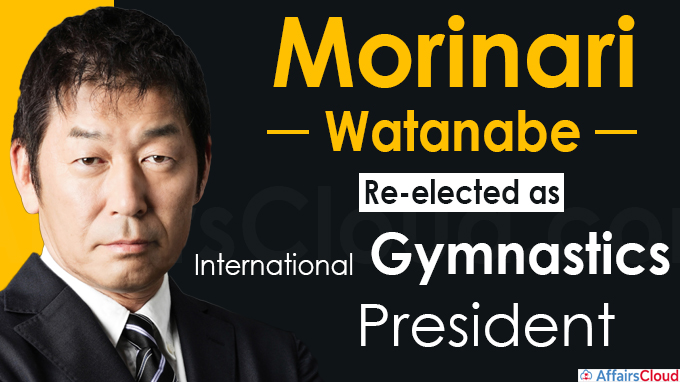 Morinari Watanabe was re-elected as the President of International Gymnastics Federation or Fédération Internationale de Gymnastique (FIG) for a period of three years.
Highlights :
i.Morinari Watanabe defeated Azerbaijan’s contender Farid Gayibov, in the FIG President election that was held during a conference in Turkey.
ii.Earlier, He was elected as the President of FIG in 2016 for a 4-year term.
iii.The next election for the President of FIG will be held in 2024, coinciding with the Summer Olympics to be held in Paris, France.
Note– In 2020 Tokyo Olympics, Deepak Kabra (Maharashtra) become the 1st Indian Gymnastics judge.
About International Gymnastics Federation:
Headquarters– Lausanne, Switzerland
Founded- 23 July 1881 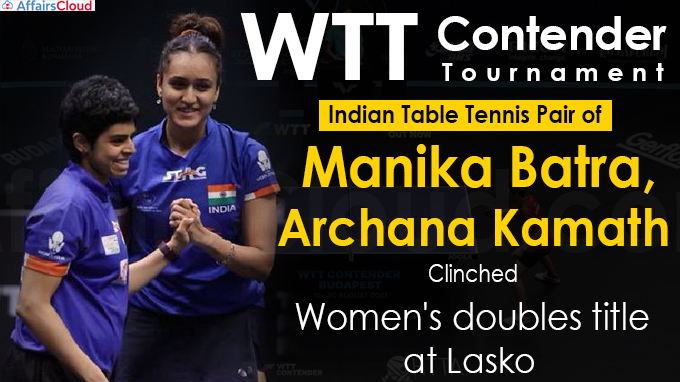 Key points
i.In the singles tournament, Manika Batra won a Bronze Medal after being defeated by Wang Yidi by 2-4 in the semi-finals.
ii.These victories come ahead of the 2021 World Table Tennis Championships (WTTC), which is set to be held between 23rd-29th November at Houston, USA.
About International Table Tennis Federation (ITTF):
President- Thomas Weikert
Headquarters– Lausanne, Switzerland 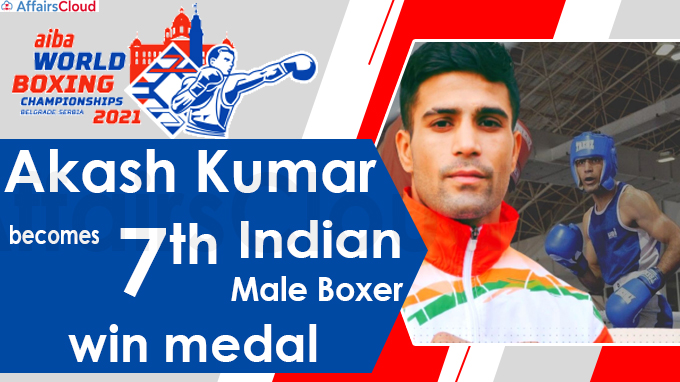 India’s Sankalp Gupta (18) from Nagpur (Maharashtra) became India’s 71st Grandmaster by grabbing second place with 6.5 points in the GM tournament in Arandjelovac, Serbia. He lost to Rudik Makrarian (Russia), the winner, in the GM Ask 3 round-robin event.
Key Points:
i.To achieve the GM title, a player has to secure three GM norms and cross the live rating of 2,500 Elo points. Notably he achieved both targets in just 24 days by playing three tournaments on the trot. In all the three events, his rating performances were at 2599 and above.
ii.He scripted history by becoming India’s quickest GM.
iii.S Nitin of India with 5.5 points took fourth place in this event. Trinidadian cricketer Dwayne Bravo, the former captain of the West Indies cricket team has confirmed his retirement from international cricket after the conclusion of the West Indies Twenty20(T20) World Cup campaign 2021. He will continue to play franchise cricket.
Dwayne Bravo hails from Santa Cruz, Trinidad.
Dwayne Bravo:
i.Dwayne Bravo has played in all seven T20 World Cups and he has been a part of the West Indies team that won the T20 Title in 2012 and 2016.
ii.He has scored 1245 runs at an average of 22.23 and a strike rate of 115.38 and he has picked up 78 wickets.
iii.He has played for Trinidad and Tobago since 2002.
iv.He has represented Chennai Super Kings and Mumbai Indians in the Indian Premier League (IPL).

Indian wrestlers secured 5 medals at the U23 World Wrestling Championships (WWC) 2021 which was held in Belgrade, Serbia. This is India’s highest ever medal tally, its previous highest medal count was 3 medals won during the inaugural edition of the event in 2017. 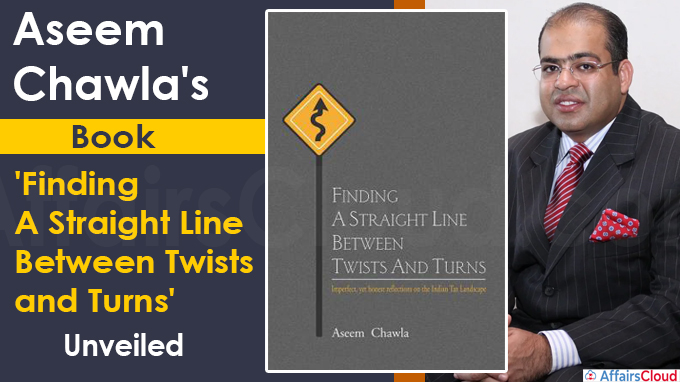 Aseem Chawla, one of India’s leading tax lawyers and well known international tax and policy expert released his new book “Finding A Straight Line Between Twists and Turns – An Imperfect, Yet Honest Reflections on the Indian Tax Landscape” published by Matrix Publishers.

Synopsis
i.The book provides in-depth analysis of both national and international of the Indian tax landscape over a decade.
ii.The book delivers the cross border influences on the tax ecosystem and changing tax situations due to the economic impact of COVID-19 pandemic.
Other books released in 2021 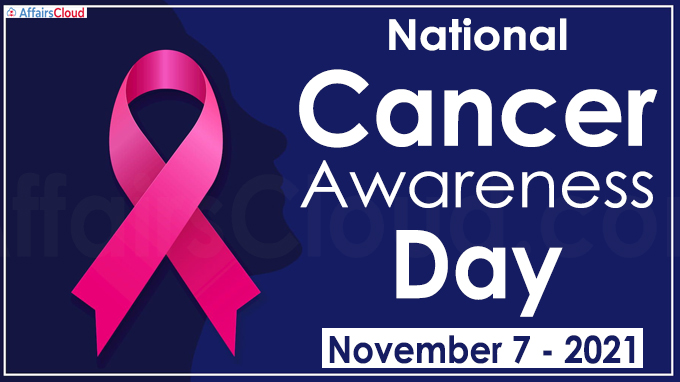 World Urbanism Day, also known as “World Town Planning Day”, is annually observed across the globe on 8th November to highlight the environmental impacts caused due to the development of cities and territories. 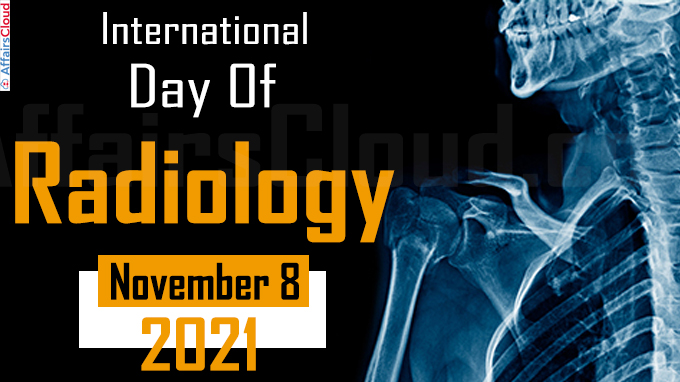 i.The 10th International Day of Radiology (IDoR-2021) was observed globally on November 8, 2021 by all Radiologists, radiographers, radiological technologists and professionals from related fields with the motto ‘Interventional Radiology – Active care for the patient’.
ii.Celebrated annually, this day commemorates the discovery of X-radiation, or X-rays, on November 8, 1895, by German scientist Wilhelm Conrad Rontgen. In 1901, he became the first winner of the Nobel Prize in Physics for this achievement.
iii.The day is also dedicated to Interventional Radiology and its essential role in treating patients.
About Interventional radiology:
Interventional radiology is a medical subspecialty of radiology utilizing minimally-invasive image-guided procedures to diagnose and treat diseases in nearly every organ system.
>>Read Full News

Infant Protection Day is annually observed across the globe on 7th November to create awareness about the safety of new-born and to safeguard their lives by providing suitable care. The day also highlights the importance of safety needed for the new babies.

The theme of 2021 Infant Protection Day is “Protecting, promoting, and developing infants”.

Chandrasekhara Venkata Raman(CV Raman) an Indian physicist who is well known for the discovery on the scattering of light was born at Tiruchirappalli, Tamil Nadu on 7th  November 1888.
7th November 2021 marks the 133rd birth anniversary of CV Raman the first Indian to be conferred with a Nobel Prize in Physics(1930) “for his work on the scattering of light and for the discovery of the effect(Raman Effect) named after him”. 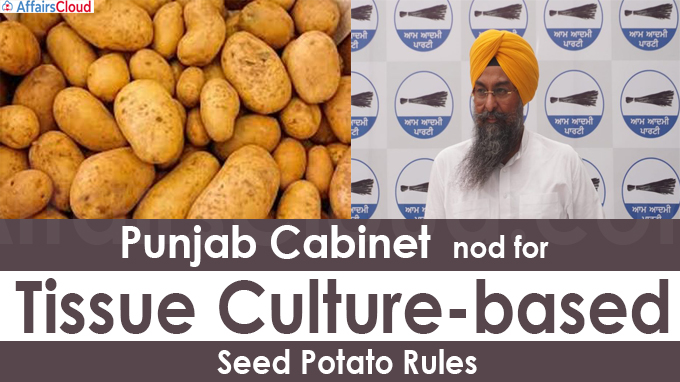 Key Points:
i.The Cabinet also approved to introduce the ‘Punjab Horticulture Nursery Bill-2021’ by amending ‘Punjab Fruit Nursery Act-1961‘.
ii.It also reduced the amount of simple interest from 15% per annum to 7.5% per annum to be charged on the amount of enhancement recoverable from allottees of various improvement trusts.
iii.In July 2021, the state government increased the amount of old age pension from Rs 750 to Rs 1,500 per month.