We are here for you to provide the important Recent and Latest Current Affairs 8 & 9 August 2021, which have unique updates of Latest Current Affairs 2021 events from all newspapers such as The Hindu, The Economic Times, PIB, Times of India, PTI, Indian Express, Business Standard and all Government official websites.

The Tribal Cooperative Marketing Development Federation of India (TRIFED), under the Ministry of Tribal Affairs(MoTA), celebrated its 34th Foundation day on 6th August 2021 to raise awareness about the issues related to the trade in tribal regions and the need to ensure a fair deal for them. 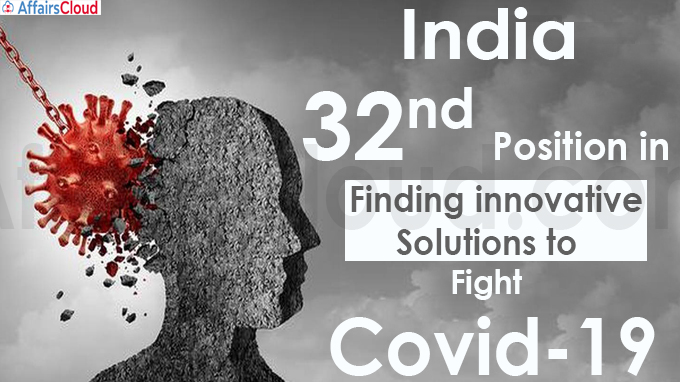 The 2nd Edition of the ‘COVID-19 Innovation report 2021’ released by Startup Blink in association with Health Innovation Exchange & UNAIDS (United Nations Programme on HIV/AIDS) has ranked India 32nd (score 0.396) in the global coronavirus innovation rankings for countries. The US has topped the rankings, followed by Israel & Canada.
i.The report ranks the 40 countries and 100 cities in the world based on Innovation solutions developed to combat the pandemic.
ii.In the Cities Rankings, San Francisco Bay (US), New York (US) & Moscow (Russia) were ranked as the Top 3 cities. India has 2 cities – Bengaluru, Karnataka (49th Rank), New Delhi (55th) in the top 100 rankings.
iii.The 1st Edition of the report was released in June 2020, in which India was ranked 26th.
Top Coronavirus Innovation Countries Key Points of Kiren Rijiju’s Address
i.Kiren Rijiju informed the members about India’s proposed move to launch ‘e-Lok Adalat’, a tool which aims to provide faster, transparent and accessible options to settle disputes by combining technology and Alternative Dispute Resolution (ADR).
ii.Kiren Rijiju urged the SCO Member States to promote exchange of ideas, best practices and experiences in identified areas.
iii.The next meeting of the Justice Ministers will be held in Pakistan in 2022.
Shanghai Cooperation  Organisation (SCO)
It is a Eurasian political, economic, and security alliance that was established in 2001 in Shanghai, China.  Founding members are China, Kazakhstan, Kyrgyzstan, Russia, Tajikistan & Uzbekistan.
i.Total members – 8; Observers – 4 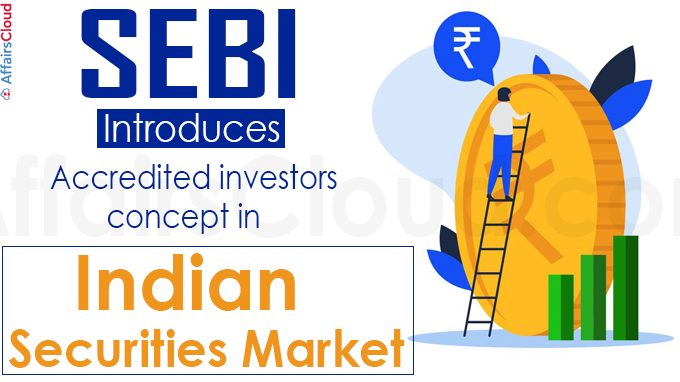 The board of Securities and Exchange Board of India (SEBI) undertook different key decisions at the board meeting on August 06, 2021, regarding the amendments and frameworks related to Accredited Investors, mutual fund (MF) regulations, Alternate Investment Fund (AIF) and others.
Key Points:
i.SEBI (Securities and Exchange Board of India) board has introduced the concept of ‘Accredited investors’ (AI) in the Indian securities market to open up a new channel for raising funds.
ii.The lock-in period for minimum promoters’ contribution (20 percent post-Initial Public Offer (IPO)) was reduced from 3 years to 18 months.
iii.SEBI board amended the SEBI (Mutual Funds (MF)) Regulations, 1996, and directed Asset Management Companies (AMCs) to invest 1 percent of the amount raised in the New Fund Offer (NFO) or Rs 50 lakh, whichever is less in the MF scheme.
About Securities and Exchange Board of India (SEBI):
Establishment – On April 12, 1992, in accordance with the SEBI Act, 1992.
Headquarters – Mumbai, Maharashtra
Chairman – Ajay Tyagi
>>Read Full News 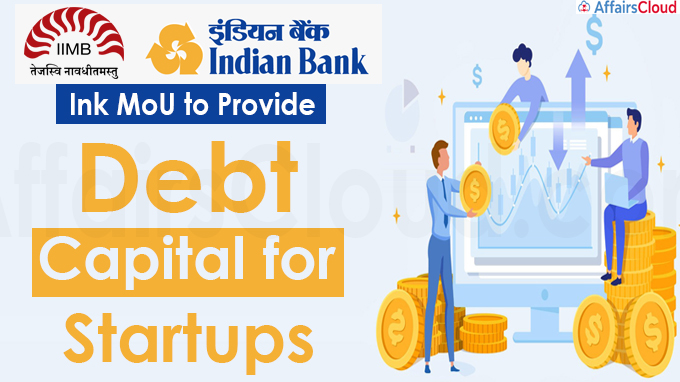 Indian Bank has signed a Memorandum of Understanding (MoU) with NSRCEL   (N S Raghavan Centre for Entrepreneurial Learning), the entrepreneurship Centre of Excellence at the Indian Institute of Management Bangalore (IIM-B) to provide funding for identified startups under Indian Bank’s ‘Ind Spring Board’ Scheme. 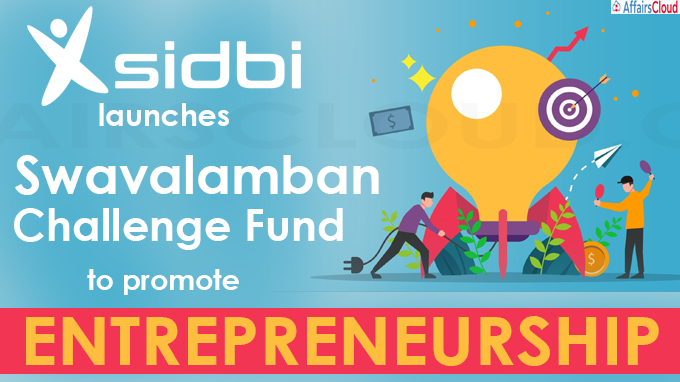 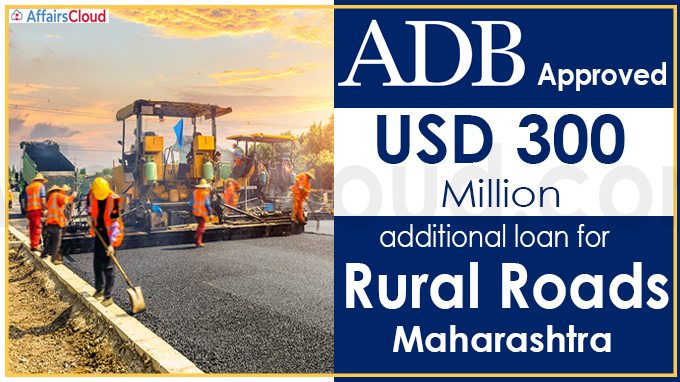 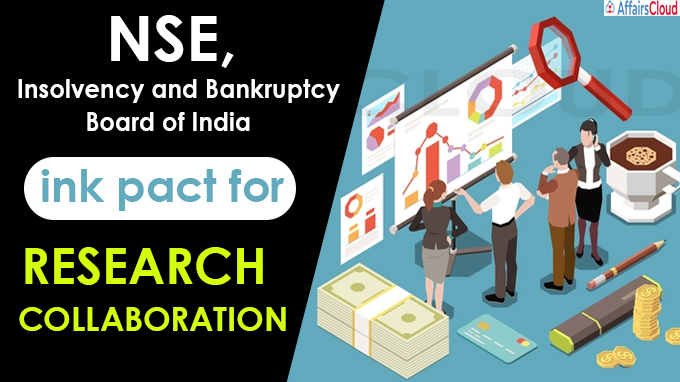 On August 6, 2021, The National Stock Exchange (NSE) partnered with Insolvency and Bankruptcy Board of India (IBBI) to enhance research efforts in the area of insolvency and bankruptcy.

Karnataka Bank got Empanelled as Agency Bank to RBI

The Reserve Bank of India (RBI) has empanelled the Karnataka Bank as the ‘Agency Bank’ to facilitate transactions related to government (govt) businesses.

MSH Tie up with India Accelerator to Support Deep-Tech Startups MeitY Startup Hub (MSH), the nodal entity under the Ministry of Electronics & IT (MeitY), collaborated with India Accelerator, the start-up accelerator, to support deep-tech startups. 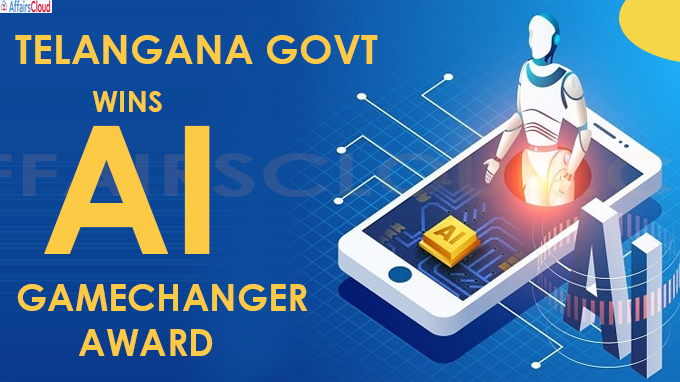 The Information Technology, Electronics and Communication(ITE&C) Department of the Government of Telangana has won the AI GameChanger Award 2021 for the implementation of the ‘Crowd Monitoring using AI’ scheme.
The winners of the awards were announced at the Xperience AI Summit 2021 organised by the National Association of Software and Services Companies(NASSCOM).

ii.The tool can be used to detect and track the variation in crowd density in a region over a period of time.
iii.This can also be used to estimate where the crowd may emerge by analysing the trend of the event.
iv.This is used while estimating and managing crowds during the India vs West Indies T20 match at Rajiv Gandhi International Stadium in 2019 and during the Medaram Jathara festival in 2020.
About NASSCOM’s AI GameChanger Award:
i.AI GameChanger Awards program was a part of the NASSCOM’s ‘AI for All’ mission
ii.The awards recognise the innovative and impactful use-cases that solve an important problem, in-house or otherwise.
iii.The winners of the awards will be featured in the annual AI Gamechanger compendium.
iv.The First NASSCOM’s AI GameChanger Awards were presented in 2018.
NASSCOM XperienceAI Summit:
i.The NASSCOM XperienceAI Summit is the annual flagship AI event of NASSCOM.
ii.The theme of the NASSCOM XperienceAI Summit 2021 is ‘AI as a Catalyst for a Better Normal’.
About National Association of Software and Services Companies(NASSCOM):
President– Debjani Ghosh
Headquarters– Noida, Uttar Pradesh
Established in 1988

Rekha Sharma gets 3-year extension as Chairperson of NCW 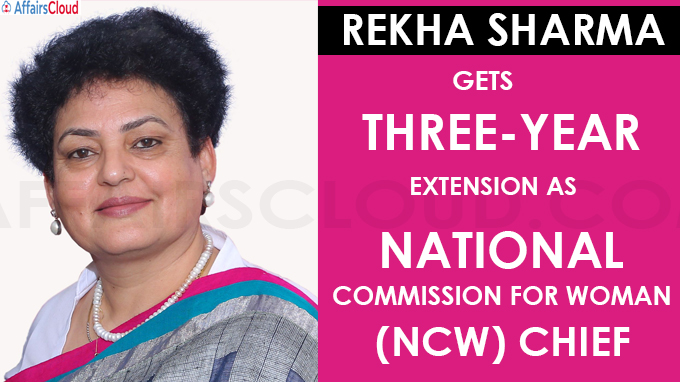 The government of India has nominated Rekha Sharma as the Chairperson of the National Commission for Women(NCW) for another term of 3 years with effect from 7th August 2021 or till the age of 65 or until further orders.
She has been serving as the chairperson of NCW since 7th August 2018.
About Rekha Sharma:
i.Rekha Sharma has been associated with the NCW since 2015 and she held the additional charges as the Chairperson from 29th September 2017 to 7th August 2018.
ii.She advocates gender sensitization of police personnel who are the first point of contact for the victims.
iii.She played a major role in establishing the special task force “Happy to help” during the COVID-19 pandemic to assist the elderly people who are struck alone during the lockdown.
About National Commission for Women(NCW):
Chairperson– Rekha Sharma
Headquarters– New Delhi
Established in January 1992 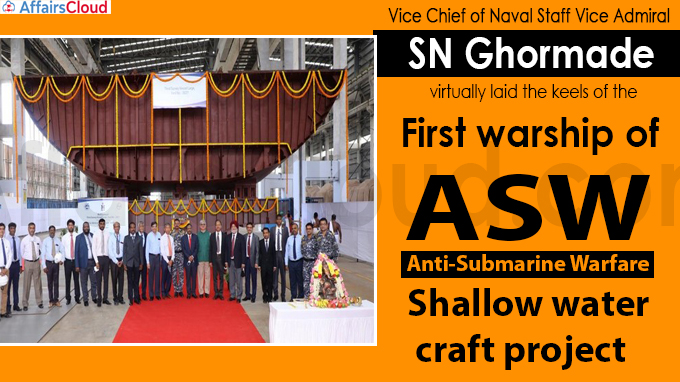 Anti-Submarine Warfare Shallow Water Craft (ASW-SWC)
i.The vessels are to be delivered between 2022 and 2026. They will be replacing the Russian-built Abhay-class corvettes that were commissioned into the Navy between 1989 and 1991
ii.The ASW Shallow Water Craft will be equipped with modern underwater sensors and weapons. They are capable of full scale coastal survey, deep- water hydrographic survey and determination of Navigational routes.
About Indian Navy
Chief of Naval Staff (CNS) – Admiral Karambir Singh
Integrated headquarters of Ministry of Defence – New Delhi
About Garden Reach Shipbuilders & Engineers Limited (GRSE)
Founded in 1884.
Chairman & MD – Vipin Kumar Saxena.
Headquarters – Kolkata, West Bengal. The National Handloom Day(NHD) is annually observed across India on 7th August to create awareness about the handloom works in India and to recognise its contribution to the socio-economic development of India.
The annual celebration of the national Handloom day is organised by the Ministry of Textile.
Background:
i.In 2015, the Government of India declared the 7th August of every year as National Handloom Day.
ii.The first National Handloom Day was inaugurated by Prime Minister(PM) Narendra Modi on 7th August 2015 at the Centenary Hall of Madras University, Chennai, Tamil Nadu.
Why August 7?
August 7 was chosen to commemorate the Swadeshi Movement which took place on 7th August 1905 in Calcutta Townhall.
About Ministry of Textiles:
Union Minister– Piyush Goyal(Rajya Sabha – Maharashtra)
Minister of State– Darshana V Jardosh(Constituency- Surat, Gujarat)
>>Read Full News 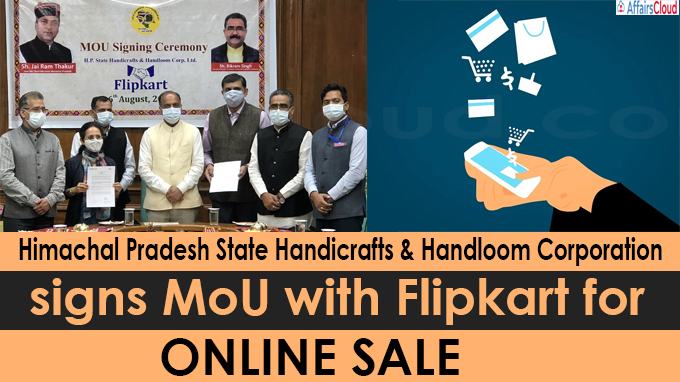 On the occasion of the 7th National Handloom Day (7th August 2021), Himachal Pradesh State Handicrafts and Handloom Corporation Limited (HPSHHCL) has signed a Memorandum of Understanding (MoU) with Flipkart, India’s leading E-commerce Market, to include the local artisans, weavers, handicraft, and handloom makers of Himachal Pradesh into the E-commerce.

Features of the MoU:
i.Under this MoU, the Samarth Program of Flipkart will enable the master craftsmen, weavers, and artisans to showcase their hallmark products and provide them access to training and support.
ii.This will enable the artisans to market their products over the online platform and get a profitable price for their products
Flipkart Samarth Program:
The Samarth Program was launched in 2019 to build a sustainable and inclusive platform for the under-served, domestic communities and businesses and to empower them with opportunities.
Additional info:
In 2019, Flipkart has partnered with the Deendayal Antyodaya Yojana-National Urban Livelihoods Mission (DAY-NULM) under the Ministry of Housing and Urban Affairs, Government of India to establish the Samarth Program across 22 states of India.
Traditional craftworks of HP:
Some of the Traditional craftworks of Himachal Pradesh include Kullu Shall and Kinnauri shawl weaving; Carpet weaving; Chamba Rumal and suni embroidery; Thanka paintings; Wood carving; and Metal & Stone crafts.
About Himachal Pradesh:
Governor– Rajendra Vishwanath Arleka
National Park– Inderkilla National Park, Simbalbara National Park
Wildlife Sanctuary– Churdhar Wildlife Sanctuary; Daranghati Wildlife Sanctuary; Dhauladhar Wildlife Sanctuary