We are here for you to provide the important Recent and Latest Current Affairs 30 July 2020, which have unique updates of Latest Current Affairs 2020 events from all newspapers such as The Hindu, The Economic Times, PIB, Times of India, PTI, Indian Express, Business Standard and all Government official websites. PFC signs an agreement with IIT- Kanpur for the Research, Training & ED in Smart Grid Technology 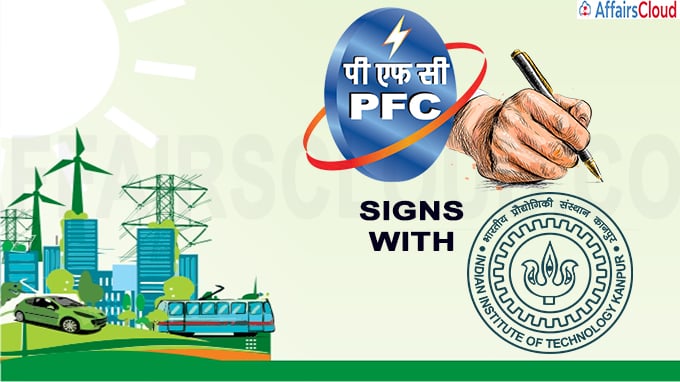 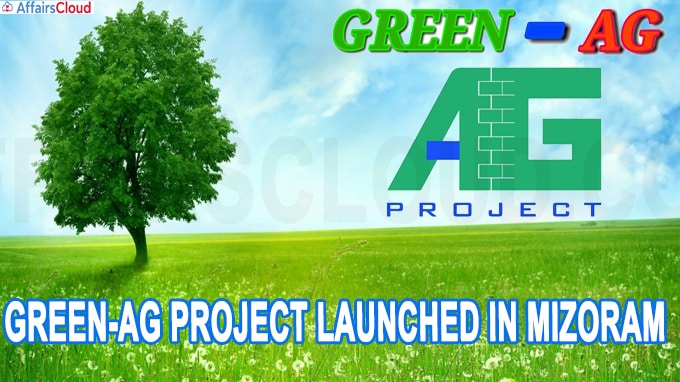 On July 29,2020 Green-Agriculture(Green-Ag),a project funded by Global Environment Facility (GEF) was launched in Mizoram,India.It was launched by Agriculture minister of Mizoram C Lalrinsanga.Mizoram is first among the 5 states where the project is to be implemented. The other states are Madhya Pradesh, Odisha, Rajasthan and Uttarakhand.

The project covers land in two districts of Lunglei and Mamit, Mizoram including Dampa Tiger Reserve and Thorangtlang Wildlife Sanctuary.
Objective of Green-Ag:- i.On July 28, 2020, the 5th Annual Meeting of the Board of Governors of Asian Infrastructure Investment Bank (AIIB) was held virtually from Beijing, China, was originally planned to be held in-person there, on the theme “Connecting for Tomorrow”.
ii.The meet saw the re-election of Jin Liqun as AIIB President, and a roundtable discussion on the theme “AIIB 2030-Supporting Asia’s Development over the Next Decade”. Notably, India’s Union Minister of Finance & Corporate Affairs Nirmala Sitharaman was the Lead Speaker at the roundtable discussion.
iii.During the meet it was also decided that the sixth Annual Meeting will be held in Dubai, United Arab Emirates (UAE) on Oct. 27-28, 2021 which will be the first annual meeting in the Middle East.
iv.AIIB’s Membership grew to 103 as Liberia joined.
About Asian Infrastructure Investment Bank (AIIB):
Initiated– 2016
Headquarter– Beijing China
Currently, India has a 7.65% vote share in the AIIB, while China holds 26.63% stake in the organisation.
<< Read Full News >> 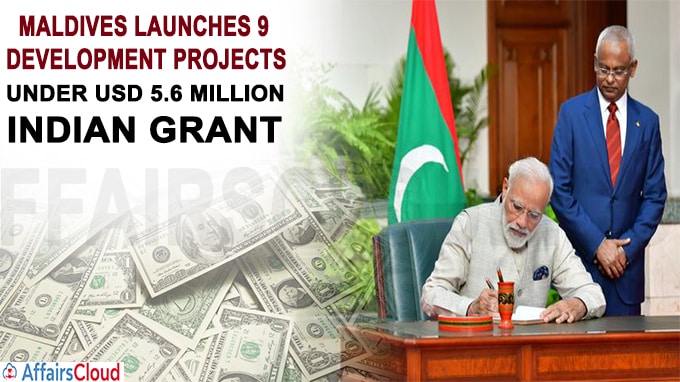 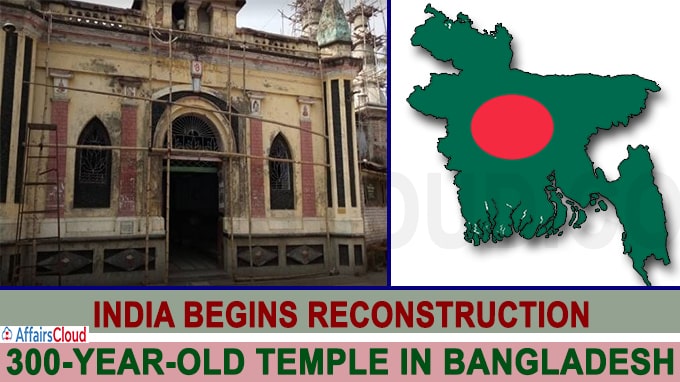 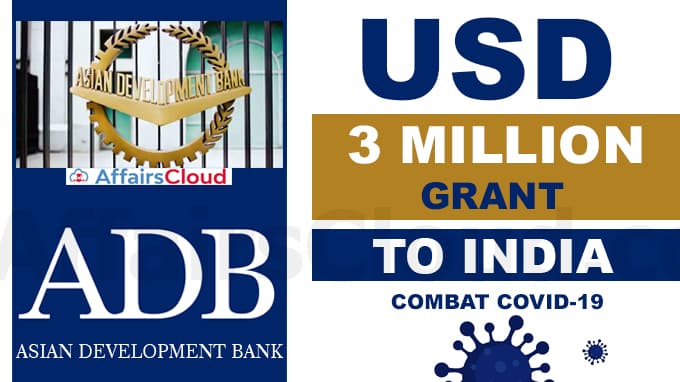 Ministry of Earth Sciences (MoES) :-
It mandated to provide the nation with the best possible services for weather, climate, ocean, coastal and natural hazards, for the Public Safety and socio-economic benefits. The Ministry also deals with exploration and sustainable harnessing of ocean resources (living and non-living) and plays a nodal role for Antarctic/Arctic/Himalayas and Southern Ocean research. 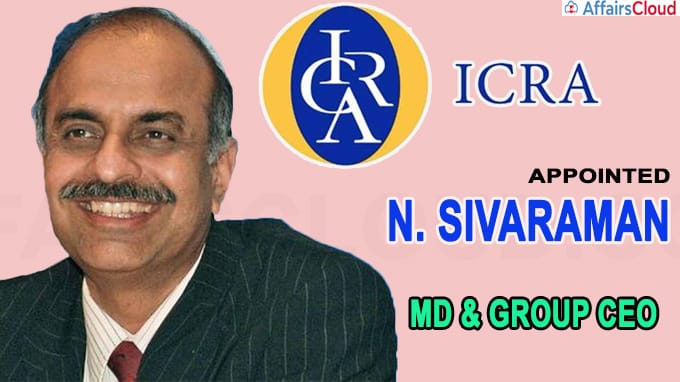 ICRA Limited appointed N. Sivaraman as its new Managing Director (MD) and Group Chief Executive Officer (CEO). Mr. Sivaraman will join ICRA Ltd. on August 10, 2020. He was appointed for the tenure of 3 years, which can be further extended for 2 more years. He succeeds former MD and Group CEO Mr. Naresh Takkar.
Background:
i.The post has been left vacant for one year after the termination of Naresh Takar in August 2019.
ii.Vipul Agarwal, was appointed as Interim Chief Operating Officer (COO) on July 1, 2019 to undertake day-to-day operation of the company.
About N. Sivaraman
i.Sivaraman held the position at L&T finance (Larson and Turbo) as President and Wholetime Director.
ii.In December 2018, he held the position of Chief Operating Officer at IL&FS which ends by July 31, 2020.
iii.Sivaraman will undertake the ICRA Group Business Strategy and innovation, build organisational capabilities and nurture analytical excellence.
About ICRA
Headquarters – Gurgaon, Haryana.
Non-Executive Chairman and Director – Mr. Arun Duggal. 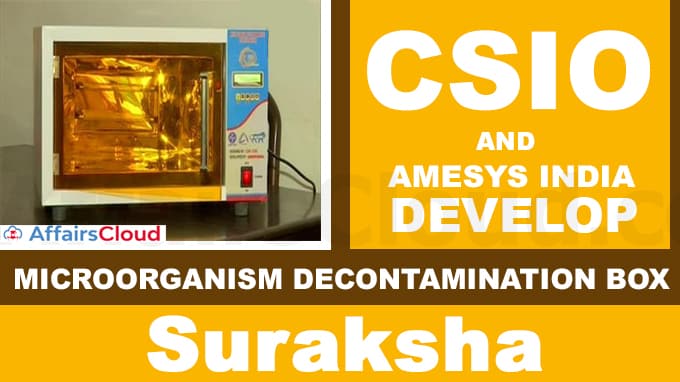 Veteran Bollywood Actor Kumkum Passed Away at 86 in Mumbai 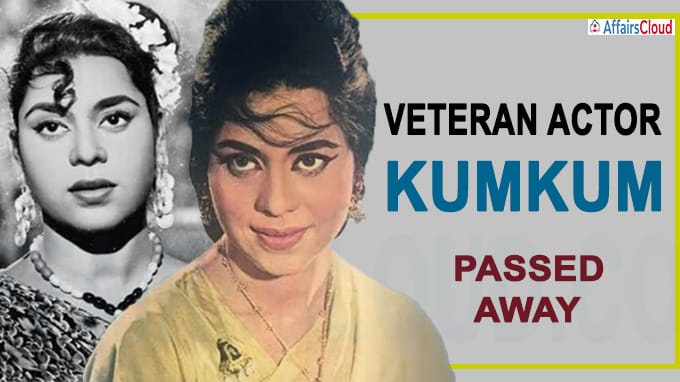 On 28th July 2020, Veteran Bollywood Actor Kumkum due to age related ailments passed away at the age of 86 in her residence in Bandra, Mumbai, Maharashtra. She was born as Zaibunnissa on 22nd April 1934 in Sheikhpura district, Bihar.
Career:
i.She was casted for an uncredited role in ‘Aar Paar’ and featured in small roles in films like ‘Pyaasa’.
ii.She was popularly known for the songs featuring her like ‘Madhuban Mein Radhika Nache Re’ from Kohinoor (1960) and “Kabhi Aar Kabhi Paar” from Aar Paar(1954).
iii.She featured in the movies like “Mr. X in Bombay”, “Mother India”, “Ujala”, “Raja Aur Runk”, “Lalkaar”, “Geet” and “Naya Daur”.
iv.She starred in “Ganga Maiyya Tohe Piyari Chadhaibo” the first Bhojpuri film in 1963.

On 28th July 2020, M Venkaiah Naidu, Vice President of India virtually unveiled the “Padi Bhavajaalalu” Telugu version Ten Ideologies book authored by former Union Minister Late S Jaipal Reddy and published by Orient BlackSwan, amid his family members and followers on the event of his first death anniversary.
The virtual launch was organised under the aegis of Manthan, a forum for public discourse.
Key People:
B Sudarshan Reddy, Former Justice, Supreme Court of India; Dr YY Reddy, Former Governor, RBI and Sitaram Yechury, General Secretary.
Padi Bhavajaalalu:
i.Padi Bhavajaalalu – Vyavasiyikaparisramikasamajalamadhyaoka Naha antaramloNetosankshibhamoolalu is a Telugu translation of “Ten Ideologies- The great asymmetry between agrarianism and industrialism”.
ii.The translation was done by Kalluri Bhaskaram.
iii.The original English version of the book was launched by former Prime Minister Manmohan Singh in August 2018.
S Jaipal Reddy:
i.Jaipal Reddy was born on 16th January 1942 in Hyderabad State, British India.
ii.He was a member of Indian National Congress and he was a Parliamentarian since 1984.
iii.He served as the Minister of Science and Technology and Minister of Earth Science during the government of Manmohan Singh.
iv.He passed away at the age of 77 due to pneumonia on 28th July 2019 in Hyderabad, Telangana. 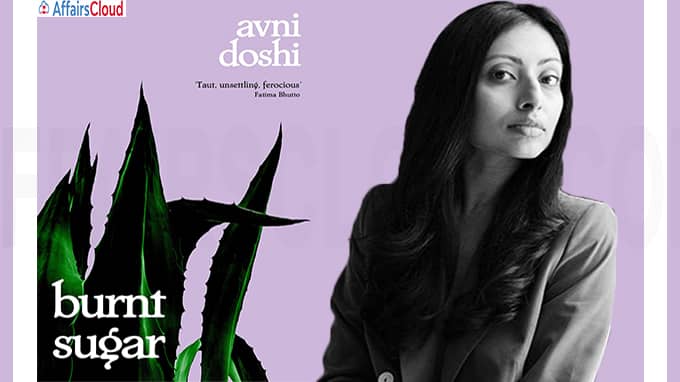 A debut novel ‘Burnt Sugar’ authored by Avni Doshi has been published in the United Kingdom (UK) and it was one among the 13 authors longlisted for the prestigious 2020 Booker Prize. A version of the same novel has been published in India under the title Girl in White Cotton.
About the Book
The Book narrates the story about a woman, Tara who abandoned her loveless marriage to join ashram and ended as a beggar. She passes her years as a homeless artist with her daughter Antara. The daughter tends to care for her mother who least cared for her in her childhood.
–Indian Origin Author Avni Doshi’s ‘Burnt Sugar’ on 2020 Booker Prize
i.Avni Doshi is on the 2020 Booker Prize longlist for her debut novel ‘Burnt Sugar’. The Book, ‘Burnt Sugar’ was also shortlisted for the Tata First Book Prize in 2019.
ii.Total of 13 books were longlisted for the Booker Prize 2020.The shortlist of six books will be announced on September 15,2020.
iii.Each shortlisted authors will receive 2,500 pounds and a specially bound edition of their book at the prize ceremony scheduled at November 2020.
About the ‘Booker Prize’
i.The award is based on a novel of the year written in English and published in the UK or Ireland.
ii.The Booker prize award for the year 2019 for Fiction was won jointly by ‘The Testaments’ by Margaret Atwood and ‘Girl, Woman, Other’ by Bernardine Evaristo.
About Avni Dosh
Born – New Jersey, now lives in Dubai.
Education – B.A in Art History from Barnard College, New York, M.A in History of Arts from University college, London.
Awards – She was awarded with the Tibor Jones South Asia in 2013, Charles Pick Fellowship in 2014. i.29th July is annually celebrated as International Tiger Day or the Global Tiger Day to create awareness among the general public on the importance of tiger conservation and protection of their natural habitat and to promote the resolution of the tiger range countries to double the tiger population by 2022. The first Global Tiger Day was celebrated on 29th July 2011.
ii.The Global Tiger Day slogan for 2018,2019 and 2020 is “Their Survival is in Our Hands”
iii.Prakash Javadekar, Union Minister of Environment, Forest and Climate Change (MoEF&CC) released the report of “Status of Tigers Copredators and Prey in India 2018”, fourth All India Tiger Estimation 2018.
About Ministry of Environment, Forest and Climate Change:
Union Minister – Prakash Javadekar
Minister of State – Babul Supriyo
<< Read Full News >> 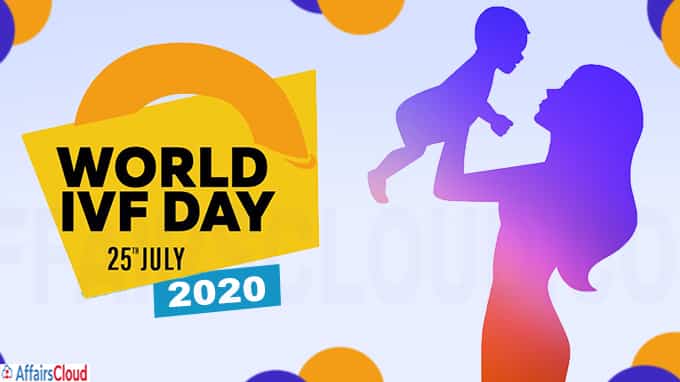 July 25 is celebrated as World In Vitro Fertilization (IVF) Day. The world witnessed the birth of world’s first test tube baby or IVF baby Louis Brown, in Royal Oldham Hospital, United Kingdom on July 25, 1978. In order to commemorate this revolution, World IVF day was celebrated on July 25.
British Physiologist Robert Edwards and Gynaecologist Patrick Steptoe succeeded in fertilizing a human ovum outside the womb. Robert G Edwards was awarded the Nobel Prize in 2010 for Physiology or medicine for ‘development of in vitro fertilization’.
What is IVF – In vitro fertilisation (IVF) is a process of fertilisation where an egg is combined with sperm outside the body, in vitro (“in glass”). IVF is a type of assisted reproductive technology used for infertility treatment and gestational surrogacy.
Key info about IVF in India:-
i.On February, 2020 the Union Cabinet approved the Assisted Reproductive Technology (Regulation)Bill in India. The bill seeks to establish a national level registry and a regulator to monitor IVF clinics and procedures to ensure ethical practices in ART.
ii.On July 25 2020, Oasis Fertility from Hyderabad initiated“Contact Less Patient engagement “in patient care. This is the first such solution in India to be offered in the fertility care and is being launched on the occasion of World IVF day. 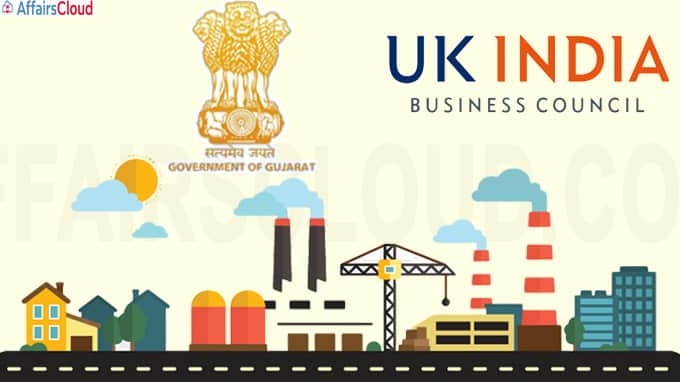 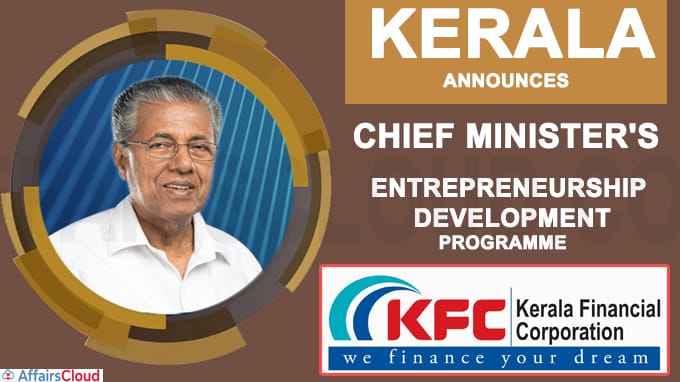 ‘Dare to Dream 2.0’ contest for innovators and startups launched: DRDO

In order to promote innovators in the fields of defence and emerging technologies in India, DRDO ( Defence Research and Development Organisation) has launched ‘Dare to Dream 2.0’ contest for innovators and startups to mark the fifth death anniversary of former President A P J Abdul Kalam( July 27, 2020).