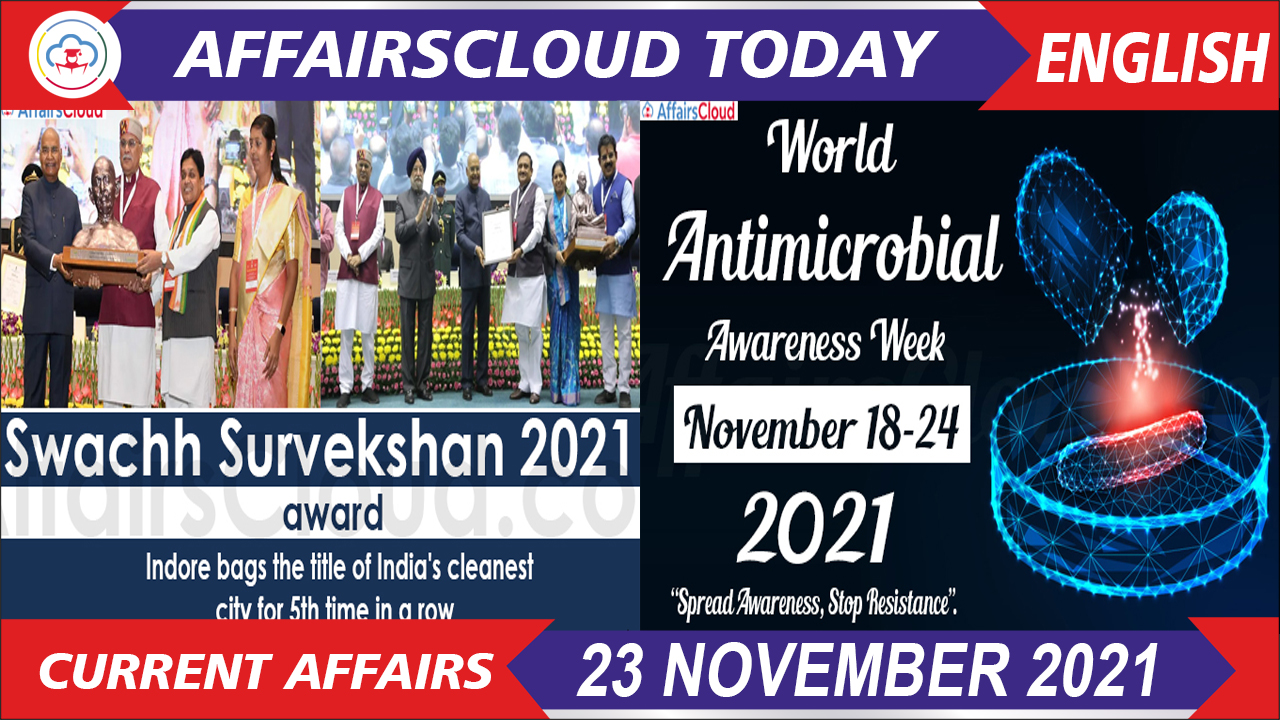 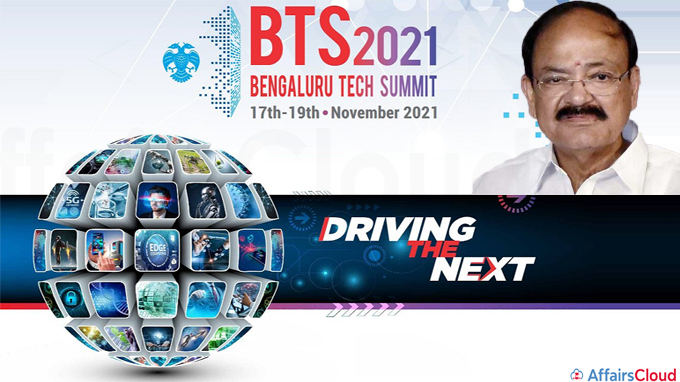 Dr Jitendra Singh, Union Minister, Ministry of Science & Technology has announced that the centre will set up 30 Science Technology and Innovation (STI) Hubs across India for Scheduled Tribes (STs) by the end of 2022 for their overall socio-economic development. The STI hubs are aimed to promote scientific talent among tribal communities.

This 75-hour programme is a year-long celebration highlighting the impact of Science Technology Innovation (STI) in empowering the community for creating equitable inclusive economic growth. 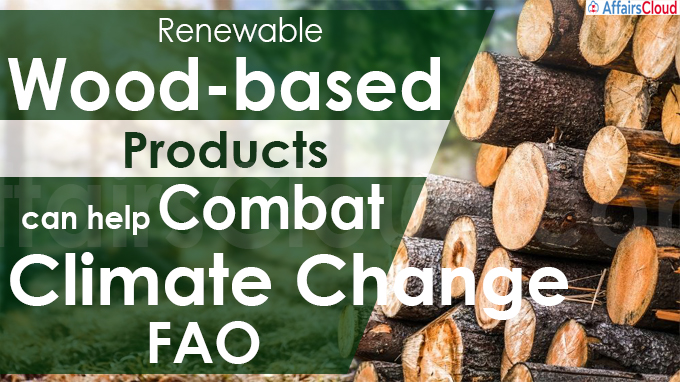 The Food and Agriculture Organization (FAO) of the United Nations (UN) released a new report titled ‘Forest Products in the global bioeconomy: Enabling substitution by wood-based products and contributing to the Sustainable Development Goals (SDG)‘.

Key Points from Report:
i.To tackle the challenges of climate change, Bioeconomy emerged as a solution with its two important components viz. forests and the forest sector.

ii.Bio-based material is a substitute of fossil sources to produce energy, food, feed, fibre and other manufactured goods.
iii.China, New Zealand, Turkey, the United States of America and the European Union have a dedicated bioeconomy strategy or action plan On November 21, 2021 Australia officially became a part of the new Nuclear Powered Submarine defence alliance with the United Kingdom (UK) and the United States (US) after signing a deal with the countries in Canberra, Australia.

Signatories: Peter Dutton (Defence Minister of Australia), Michael Goldman (Defence Minister of US) and Victoria Treadell (British High Commissioner).
Key points
i.It is the first agreement on technology signed by the three countries after the formation of defence alliance AUKUS (Australia-UK-US).
ii.The agreement will allow the countries to share and exchange naval nuclear propulsion information.
iii.Through this agreement, the three countries will also share technologies like artificial intelligence, quantum and unspecified undersea capabilities.
What is the AUKUS:

HDFC Bank has launched the 2nd edition of its campaign “Mooh Band Rakho” to increase awareness of all types of frauds and the importance of being close-mouthed to ensure fraud prevention. 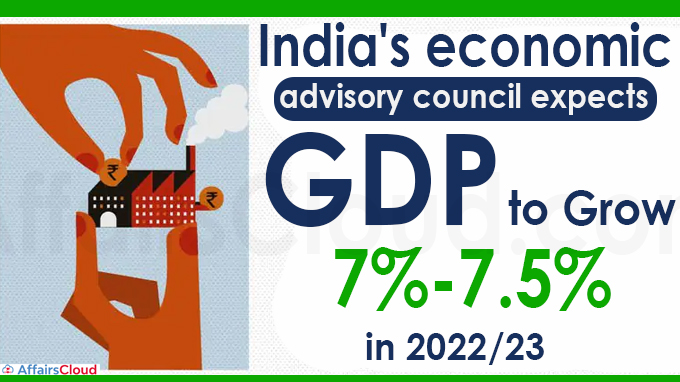 On November 18, 2021, the meeting of the Economic Advisory Council to the Prime Minister (EAC-PM) members was held in New Delhi to examine the Indian economic growth in 2022-23 (FY23) and further.

In November 2021, the President of India, Ram Nath Kovind, felicitated the awardees of the cleanest cities of India at the ‘Swachh Amrit Mahotsav’ hosted as part of Swachh Bharat Mission-Urban 2.0 (SBM-U 2.0) by the Ministry of Housing & Urban Affairs (MoHUA) at Vigyan Bhavan, New Delhi.

Key Points:
i.For the 5th consecutive year, Indore, Madhya Pradesh (MP), was awarded the title of India’s Cleanest City under SS 2021, while Surat, Gujarat and Vijayawada,  Andhra Pradesh, bagged the 2nd and 3rd spots respectively in the ‘more than 1 lakh population’ category .
ii.Vita, Lonavala, and Sasvad, cities from Maharashtra bagged the 1st, 2nd, and 3rd positions respectively in the India’s cleanest cities under ‘less than 1 lakh population’ category.
iii.In SS 2021, Maharashtra bagged the highest number of awards i.e. a total of 92 awards, followed by Chhattisgarh with 67 awards.
iV.Star rating system: A total of 9 cities – Indore, Surat, New Delhi Municipal Council, Navi Mumbai, Ambikapur, Mysuru, Noida, Vijayawada and Patan- have been certified as 5 star cities while 143 cities have been certified as 3 star.
v.Prerak DAUUR Samman: A new category of awards titled Prerak DAUUR Samman as part of Swachh Survekshan 2021.
About Swachh Survekshan:
i.Swachh Survekshan is an annual survey of cleanliness, hygiene and sanitation in cities and towns across India.
ii.It was launched as part of the Swachh Bharat Abhiyan, which aimed to make India clean and free of open defecation by 2nd October 2019.
iii.The 1st survey was undertaken in 2016 and covered 73 cities, by 2020 the survey had grown to cover 4242 cities and was said to be the largest cleanliness survey in the world.
>>Read Full News On November 18, 2021, the 4th Digital Transformation Summit & Awards 2021 titled ‘Towards Integrated Digital Health Infrastructure’ was held virtually which was organized by Governance Now, the premier publication on public policy and governance from Sri Adhikari Brothers Group.

Governance Now 4th Digital Transformation Awards, 2021: J&K, and HP
During this event, the Governance Now 4th Digital Transformation Awards, 2021 were given which appreciate and recognize the efforts and initiatives of the government towards Digital India.
J&K:
The National Health Mission (NHM), Jammu & Kashmir (J&K) received an award under the ‘Digital Health’ category for its ‘Swasthya Nidhi survey’ app.

HP:
The state Himachal Pradesh (HP) also adjudged as a winner for the project Digital Health Approaches for Non-Communicable Diseases (NCDs) prevention and control as a continuum of care. 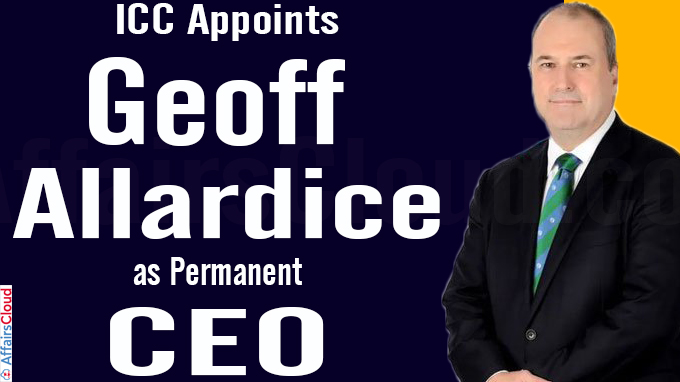 Note – Previously in November, Sourav Ganguly was appointed as the Chairman of ICC Men’s Cricket Committee.
About Geoff Allardice
i.Geoff Allardice is a former Australian first-class cricketer and administrator who served as  the ICC General Manager, Cricket for eight years.

ii.Geoff Allardice has served as interim CEO for more than eight months before being Permanent CEO
About the International Cricket Council (ICC)
ICC expanded the total participation teams in the T20 World Cup, from the current 16 team format to 20 team format, for 2024, 2026, 2028 and 2030 editions.
Chairman – Greg Barclay
Headquarters – Dubai, UAE 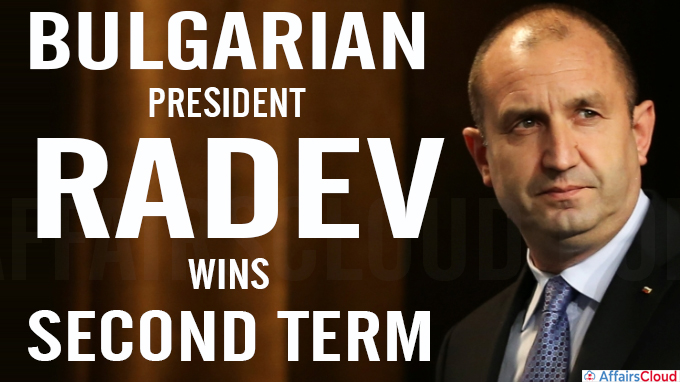 The President of Bulgaria Rumen Radev (58) won a second term for 5 years in the presidential run-off by defeating his challenger Anastas Gerdzhikov (58) with 66% votes in his favor. Rumen Radev is the major supporter of anti-corruption protests launched in 2020. 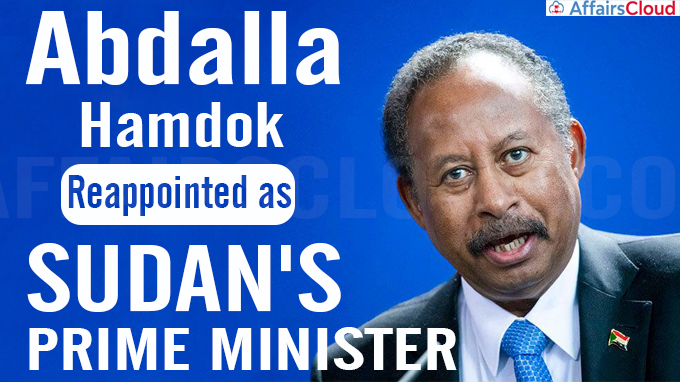 Abdalla Hamdok was reappointed as the Prime Minister of Sudan after signing a political declaration to end the current political crisis with Abdel Fattah Al-Burhan, general commander of the Sudanese Armed Force.

Significance
The political declaration comprised of 14 items including,

About Abdalla Hamdok
i.Before becoming prime minister, Hamdok worked for the U.N. Economic Commission for Africa, the African Development Bank and as a special adviser at the Trade and Development Bank in Ethiopia.
ii.He was named prime minister in August 2019 by the Sovereign Council, a ruling body of civilians and the army that was set up to oversee a transition towards democracy after long-ruling autocrat Omar al-Bashir was toppled.
About Sudan
Capital – Khartoum
Currency – Sudanese Pound 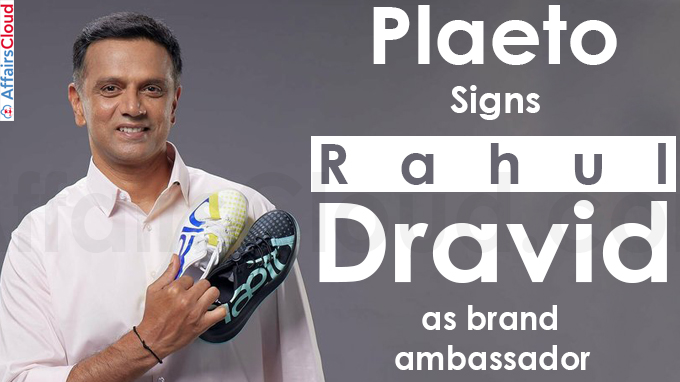 Plaeto, a footwear brand for children, has announced the appointment of Indian cricketer Rahul Dravid as its brand ambassador and mentor. The brand has announced the partnership along with a campaign featuring Dravid.

About Plaeto
i.Plaeto develops foot health-focused ‘shoes for growing feet’, designed specifically for Indian children.
ii.Plaeto shoes have a 50% lower carbon footprint as compared to the average athletic shoes.
iii.Plaeto will expand its operations to global markets, Europe, US and to country like Africa, where good footwear is a challenge.
Established – March 2020
Founders – Ravi Kallayil, Sara Kilgore and Pavan Kareti. Usman Khan Shinwari, the fast bowler of the Pakistan cricket team, has announced his retirement from the longest format (test cricket or red-ball cricket). A book titled ‘Resolved: Uniting Nations in a Divided World’  is an autobiography of the Former United Nations Secretary General Ban Ki-moon. It is published across the globe by HarperCollins.
About the Book:
i.It consists of life experience and challenges that the author faced in his life & elaborates his tenure in the United Nations (UN).
ii.It accounts for the policies taken by the UN’s peace, development and human rights missions in conflicted areas of Central Asia, Iran, North Korea etc.
About Ban Ki-moon:
i.He was born on 13 June 1944 in South Korea. He served as the 8th Secretary- General of the United Nations for a two 5-year term (2007-2016).
Books- ‘Building a Better Future for All’; ‘Time of Test, Era of Opportunity’

About the book:
i.In this book, B.N Goswamy explores a wide range of subjects on or around the arts.
ii.The book explores from Ananda Coomaraswamy to the Art of Calligraphy, Indian Painting, Farid-ud-din Attar’s great Sufi parable of the Conference of the Birds.
About BN Goswamy:
i.Brijinder Nath Goswamy is Professor Emeritus of Art History at the Panjab University, Chandigarh.
ii.He has also taught as visiting professor at various universities including the Universities of Pennsylvania, Heidelberg, California (at Berkeley and Los Angeles), Texas (at Austin), Zurich, and the ETH (Federal University) at Zurich.
iii.The government of India has honoured him with the Padma Shri in 1998 and Padma Bhushan in 2008 for his contribution to literature and education.
Some of his Publications: World Antimicrobial Awareness Week (WAAW) is annually observed across the globe from 18th to 24th November to increase awareness of global Antimicrobial Resistance (AMR) and to encourage best practices among the general public, health workers and policymakers to avoid the further emergence and spread of drug-resistant infections.
The theme of WAAW 2021 is “Spread Awareness, Stop Resistance”. The World Fisheries Day is annually celebrated across the world on 21st November to recognise the contributions of millions of fish farmers, and people involved with the fishery trade across the globe. 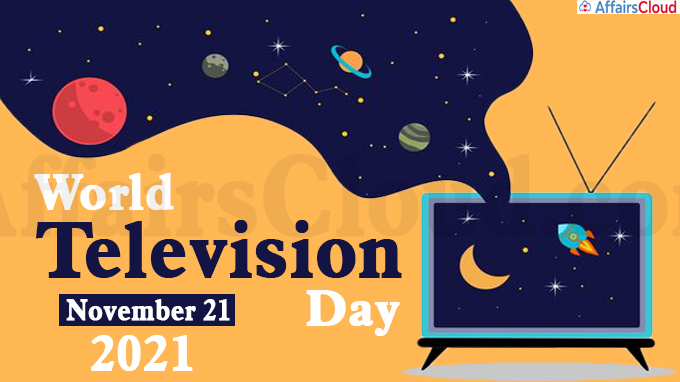 United Nations(UN)’s World Television Day is annually observed across the world on November 21st to recognise the impact of television on decision making by highlighting the attention on conflicts, threats to peace and security and its role in enhancing the focus on major issues like economic and social issues. 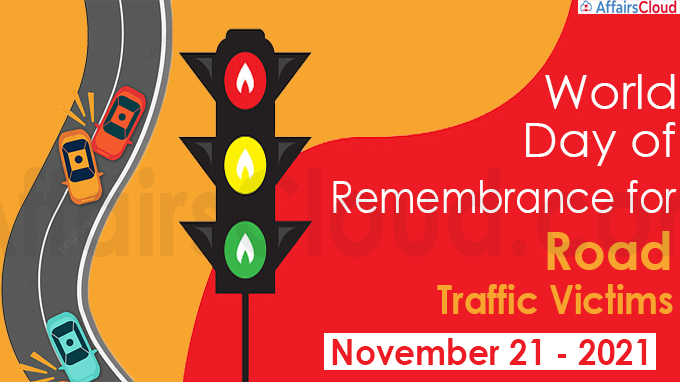 The 28th anniversary of ‘World Day of Remembrance’ (WDoR) for Road traffic victims is observed on November 21. It is annually observed on the 3rd Sunday in the month of November by the United Nations(UN).