We are here for you to provide the important Recent and Latest Current Affairs 17 September 2021, which have unique updates of Latest Current Affairs 2021 events from all newspapers such as The Hindu, The Economic Times, PIB, Times of India, PTI, Indian Express, Business Standard and all Government official websites. 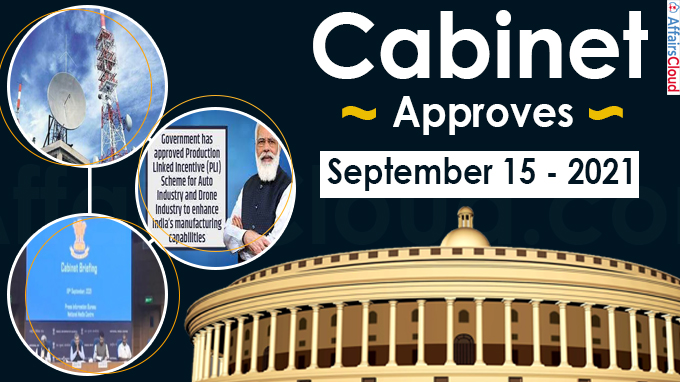 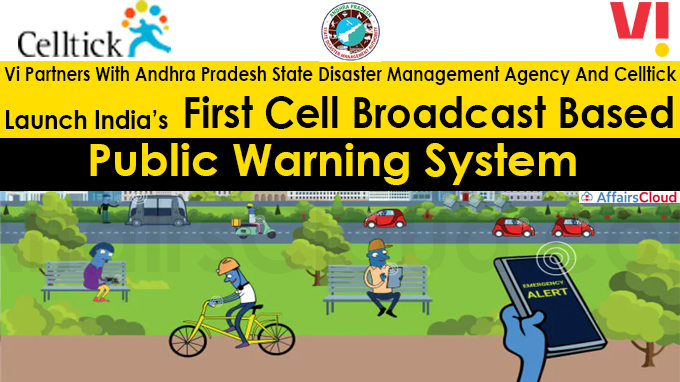 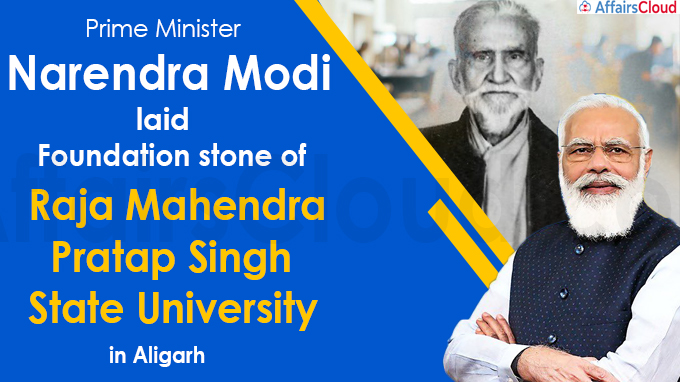 About  Raja Mahendra Pratap Singh
i.Raja Mehendra Pratap Singh was born in a socio-economically influential Jat family of Mursan in Hathras, Uttar Pradesh 1886.
ii.He was a Jat freedom fighter, social reformist, journalist and writer. He served as the President in the Provincial government of India, the Indian government that served in exile during World War I.
iii.In 1979, the Government of India issued a postage stamp in his honour. He is popularly known as Aryan Peshwa.
iv.Singh was known as an unofficial envoy of Afghanistan.
Sansad TV Launched by Vice President, PM and Speaker of Lok Sabha
Vice President and Chairman of Rajya Sabha M. Venkaiah Naidu, Prime Minister Narendra Modi and Lok Sabha Speaker Om Birla jointly launched ‘Sansad’ TV.The launch of Sansad TV coincides with International Day of Democracy- 15th September . 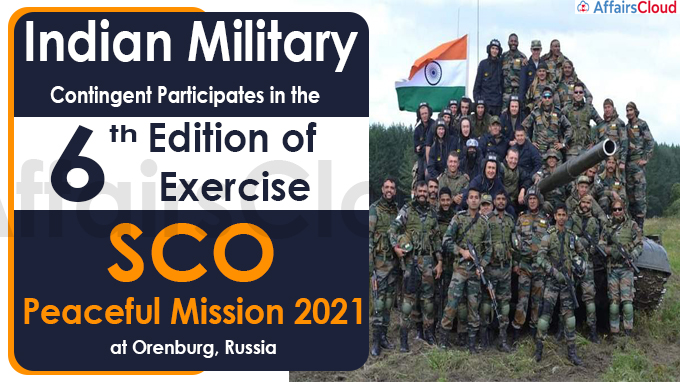 I.Indian Military participated in a Joint Counter Terrorism Exercise SCO PEACEFUL MISSION 2021. It is a biennial exercise organised under the aegis of the Shanghai Cooperation Organisation (SCO) at Orenburg in Russia from September 13 to 25, 2021.

AUKUS- a New Trilateral Defence & Security Partnership between the US, UK and Australia 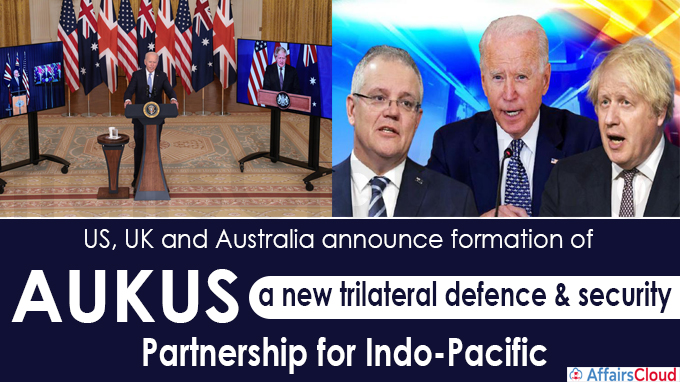 The United States(US), United Kingdom(UK) and Australia established a trilateral security partnership named – ‘’AUKUS” in order to strengthen diplomatic, security and defence cooperation in the Indo-Pacific region. The partnership was announced between the US President Joe Biden, UK Prime Minister Boris Johnson and Australian Prime Minister Scott Morrison in a virtual meeting.
Objective– To ensure peace and security in the Indo-Pacific region and key focus areas are cyber capabilities, artificial intelligence, quantum technologies, and additional undersea capabilities.
Highlights
i.AUKUS is a trilateral partnership, which will provide exchange of technology, services, research and development and defence equipment.
ii.It is the first initiative under which Australia is acquiring nuclear-powered submarines for its Royal Australian Navy (RNS). Australia remains committed to fulfilling all of its obligations as a non-nuclear weapons state, including regulations under the International Atomic Energy Agency(IAEA).
iii.Australia’s nuclear-powered submarines, when they deploy, will be armed with conventional weapons only and not nuclear weapons.
Importance of the Alliance
The AUKUS and another alliance QUAD are formed with a vision for a safer and more secure Indo-Pacific.QUAD countries are the US and Australia formed alliance with India and Japan.
Note – US President Joe Biden will host the first-ever in person Quad Leaders Summit at the White House on 24 September 2021.
About United States (US)
President- Joe Biden
Capital- Washington DC
Currency- United States Dollar About HSBC India
The first ATM in India was set up in 1987 by HSBC in Mumbai.
General Manager and Chief Executive Officer-Hitendra Dave
Founded- 1853 Objective: To engage with the cricket fans and to create financial opportunities to the retired cricketers
Note: NFT is a unique digital asset designed to represent ownership of a virtual item.
About CRIC Token
i.CRIC Token is the medium of transactions for all applications built on the platform
ii.It is used in maintaining the security and integrity of the ‘Cricket Blockchain’ platform
About Cricket Foundation
i.The platform has about 50 plus unique moments from cricket history
ii.It will add about 5 NFTs daily
iii.Co-founder: Parthiv Patel
Type: Blockchain based platform On 15th September 2021, the United Nations Conference on Trade and Development (UNCTAD) released its “Trade and Development Report 2021”, which predicts India’s Gross Domestic Product (GDP) to grow by 7.2 percent in 2021, whereas the Global Growth rate is projected at 5.3 percent.
Other Important GDP forecasts: 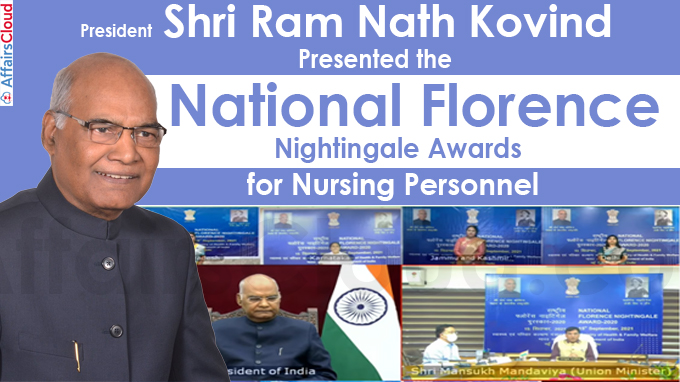 Note –International Nurses Day (IND) is observed on 12th May (the anniversary of Florence Nightingale’s birth) of each year.

Modi, Mamata and SII CEO named among 100 most influential people by TIME 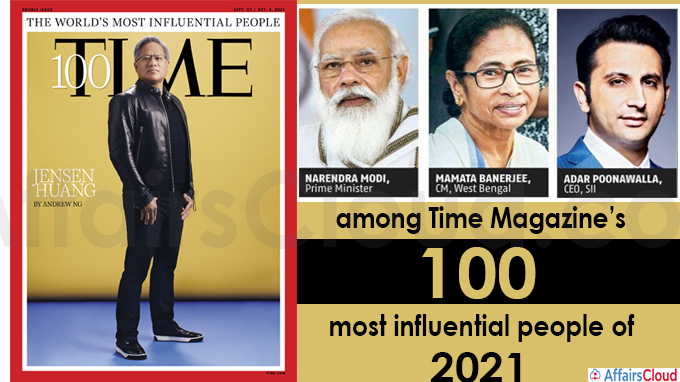 Note:
This is the 4th consecutive year for DBS to be named the World’s Best Bank.
DBS has been named the World’s Best Bank by Euromoney in 2021 & 2019 and by Global Finance in 2020 and 2018.
About Euromoney’s Awards for Excellence:
Euromoney’s Awards for Excellence established in 1992 was the first of its kind in the global banking industry.
Key Points:
i.It approved more than 12,000 collateral-free loans totalling over SGD 6.2 billion, and SGD 11 billion in loan moratoriums for micro, small and medium enterprise (MSME) customers.
ii.DBS also launched several ground-breaking initiatives with emerging technologies like blockchain and artificial intelligence, which includes, DBS Digital Exchange, Climate Impact X, Partior, and DBS NAV Planner.
About DBS Bank:
CEO– Piyush Gupta
Headquarters– Singapore

Adidas, a German footwear and accessories company, has named Olympic silver medalist (weightlifting), Mirabai Chanu as the face of its “Stay in Play” campaign, which is designed to keep more menstruating women in sports. 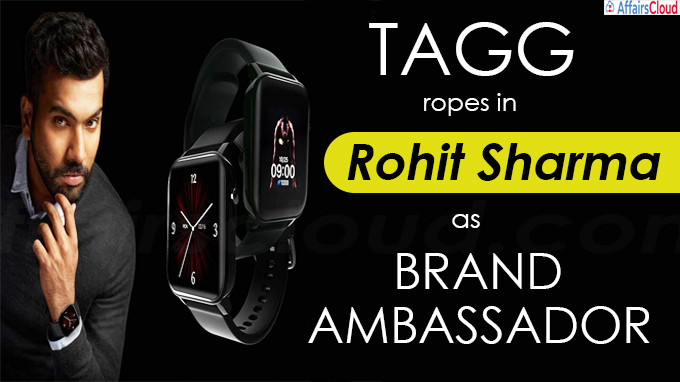 Kriti Sanon roped in as Fossil’s brand ambassador for India
Kriti Sanon’s collaboration with Fossil will extend to promoting the watch and accessories category ranging from traditional and smartwatches to leather products as well as jewellery for women. 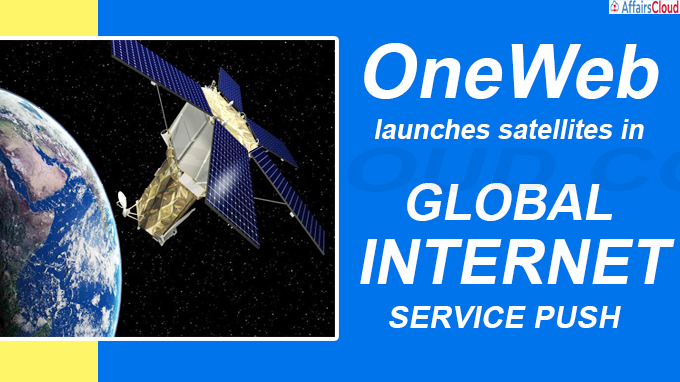 On September 14, 2021, the London (United Kingdom) based firm OneWeb launched 34 satellites into orbit from a Baikonur cosmodrome in Kazakhstan.

Key Points:
i.With this, OneWeb’s satellites into orbit expanded to 322 for the global connectivity constellation.
ii.OneWeb has plans to launch a total of 648 LEO satellites for high-speed global internet connection including to the most remote corners of the world.
iii.It should be noted that OneWeb resumed satellite launches in December 2020 after getting bankruptcy protection worth $1 billion in equity investment from a consortium of the British government and India’s Bharti Enterprises.

Pulitzer Prize winner Jhumpa Lahiri’s New Book “Translating Myself and Others” to be Released
Jhumpa Lahiri, the Pulitzer Prize-winning fiction writer, has authored a new book titled “Translating Myself and Others”, which is set to be released in 2022. The book includes several essays (previously published and unpublished) about translation.The book has been acquired by the Princeton University Press.
About the book:
i.The essays featured in the book reflects Jhumpa Lahiri’s experiences with translation, self-translation and writing across languages.
ii.The book also includes an essay on her ambition to translate “The Metamorphoses” by the Roman poet Ovid.
About Jhumpa Lahiri:
i.Jhumpa Lahiri born in London, United Kingdom, is an author and translator of Indian origin.
She is serving as the director of Princeton University’s program in creative writing.
ii.Her first book, a collection of short stories titled “Interpreter of Maladies” won the Pulitzer Prize for Fiction in 2000
iii.Her book titled “The Namesake” was later made into a movie in 2006.
Other books:

A book “Human Rights and Terrorism in India” by Subramanian Swamy BJP MP Subramanian Swamy has authored a book “Human Rights and Terrorism in India” which traces how the combating of terrorism can be harmonised with human and fundamental rights within reasonable restrictions that are permitted by the Constitution and upheld by the Supreme Court. United Nations(UN)’s International Day for the Preservation of the Ozone Layer is annually observed across the globe on September 16th to create awareness about the importance of the Ozone layer in protecting the Earth from harmful rays of the sun.
The day also commemorates the signing of ‘Montreal Protocol on Substances that Deplete the Ozone Layer’ in September 1987.

On the occasion of International Democracy Day (15th September 2021), Conrad K Sangma Chief Minister (CM) of Meghalaya launched the “MyMeG” Program, an initiative to facilitate citizens engagement and participation in the governance process.

About MyMeG Program:
i.The program has been designed to accelerate the development of the state by engaging and empowering the citizens and promote their participation in governance.
ii.MyMeG program aims to,

The Chief Minister (CM) of Uttar Pradesh (UP) Yogi Adityanath has announced the launch of  ‘Uttar Pradesh Matra Bhumi Yojana‘ while virtually laying other road projects under the Pradhan Mantri Gramin Sadak yojana (PMGSY). This scheme will strengthen the rural economy and infrastructure in the state.
Under the scheme-
i.Health centres, Aganwadi, Library, gymnasium, open gym, cattle breed improvement centres, fire service stations,CCTVs for smart villages, development of funeral sites, installation of solar lights among others in villages will be developed in the rural areas.
ii.Every person will be given a chance to directly participate in the various work of infrastructure development in the rural regions.
iii.50 percent of the expense will be provided by the government while remaining 50 percent will be contributed by the interested people. The project will be named after their collaborators.
iv.The state Department of Rural Development and Panchayati Raj will submit the action plan to the government.
About Uttar Pradesh
Airport– Kanpur airport, Gorakhpur airport, Agra Airport (Pandit Deen Dayal Upadhyaya Airport)
Heritage site – Agra fort(1983) , Taj Mahal (1983), Fatehpur Sikri (1986)
Bird sanctuary- Nawabganj Bird Sanctuary,Sandi Bird Sanctuary, Samaspur Bird Sanctuary

In September 2021, Andhra Pradesh government headed by Chief Minister Jagan Mohan Reddy appointed former SBI Chairman Rajnish Kumar as its Economic Advisor. He was appointed to the state’s cabinet for a period of 2-years, to review the state’s financial situation and guide its early recovery from COVID-19.