We are here for you to provide the important Recent and Latest Current Affairs 16 November 2021, which have unique updates of Latest Current Affairs 2021 events from all newspapers such as The Hindu, The Economic Times, PIB, Times of India, PTI, Indian Express, Business Standard and all Government official websites. 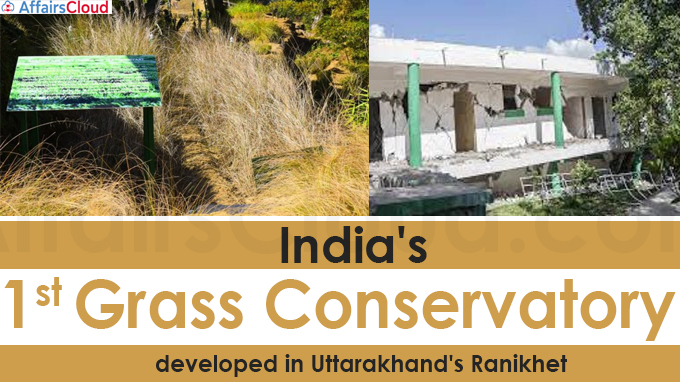 On November 15, 2021, India’s first ‘grass conservatory’ or ‘germplasm conservation centre’ spread over an area of 2 acres was inaugurated at Ranikhet in Almora district of Uttarakhand.

Aim behind Grass Conservatory:
To create awareness about the importance of grass species, promote their conservation, and facilitate research in the field,
Need behind Grass Conservatory:
Grasslands are facing various types of threats and their area is shrinking resulting in endangering the entire ecosystem of insects, birds, and mammals dependent on them. In order to cope up with this degradation, this conservatory has been developed.
About Grass Conservatory:
i.Around 90 different grass species segmented in  seven different categories of grass species including aromatic, medicinal, fodder, ornamental, agricultural, and religious uses.
ii.Notably, as per research, grasslands are more effective in ‘carbon sequestration’ than forest land. Therefore this conservatory will cater the same.
iii.Also, grasses are economically the most important of all flowering plants because of their nutritious grain and soil forming function.
About Uttarakhand:
Chief Minister– Pushkar Singh Dhami
Tiger reserve– Corbett Tiger Reserve, Rajaji Tiger Reserve 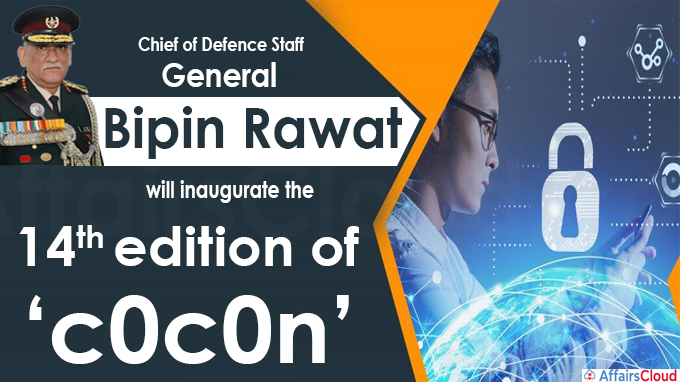 The 14th edition of Cyber Security ‘c0c0n’, an annual Hacking and Cyber Security Conference, was inaugurated by Chief of Defense Staff General Bipin Rawat and conducted in virtual format from November 10-13, 2021.
Theme for cOcOn 2021 – ‘Improvise, Adapt and Overcome’.

Objective:
To discuss at the international level the challenges facing the digital world during the COVID period and the solutions needed to overcome them
Key Highlights:
i.The conference provides information on cyber security issues, enhancement of law enforcement through the improvement of the technical and administrative capabilities towards future challenges.
ii.Online security is beneficial even to children in the state where many crimes are taking place with the shift to online classes.
iii.The main focus is on Cyber attacks on critical infrastructures, quantum computing, automotive cyber security, drone attacks detections using deep learning, data security and privacy, cyber espionage and cyber warfare.
iv.The Kerala police will encourage women into Cyber security and provide equal opportunity for leadership.
About POLCYB
Established – June 1999
President – Dan Swartwood Highlights of COP26:
i.India launched a web portal on electric vehicles (EVs) named ‘E-Amrit’ at the COP26 Summit. The portal will act as a one-stop destination on all EV-related information and will raise awareness on EVs and sensitize consumers on the benefits of switching to EVs.
ii.Rameshwar Prasad Gupta, Secretary, the Ministry of Environment, Forest and Climate Change (MOEFCC), has launched ‘COP26 Charter of Actions’, which was prepared by The Energy and Resources Institute (TERI).
iii.The UK COP26 Presidency has selected transport as a priority theme and designated 10 November as the dedicated Transport Thematic Day.
iv.India joins with South Africa, Indonesia, and the Philippines as the first round of beneficiaries of Accelerating Coal Transition (ACT) Investment Program of CIF (Climate Investment Funds).
v.At COP26, a first of its kind alliance of governments named ‘Beyond Oil and Gas Alliance’ (BOGA) was announced with committment to phase out the production of oil and gas.
vi.Maharashtra became the only state in India to won the Inspiring Regional Leadership award at the inaugural leadership awards of the Under2 Coalition heldon the sidelines of the COP26 summit.
vii.Union Environment Minister Bhupender Yadav stated about India’s agreement with United Nations Environment Programme (UNEP) to set up the UNEP’s country office in India.
viii.International Solar Alliance (ISA) and UNFCCC inked pact at COP26 conference in Glasgow to fight climate change.
About United Kingdom(UK):
Capital – London
Currency – Pound sterling
Prime minister – Boris Johnson
>>Read Full News The WePOWER India Partnership Forum was held through a virtual platform on November 9, 2021 to boost South Asia Women in Power Sector Professional Network (WePOWER) in India. They developed the “One Step Greener” initiative segregating recyclables and organising pickups for trash from thousands of homes.The aim of their initiative is “Zero Waste India”.The prize was presented by Indian Nobel Peace laureate Kailash Satyarthi in The Hague, Netherlands. Author M Mukundan’s novel ‘Delhi: A Soliloquy’, translated from Malayalam into English by Fathima E V and Nandakumar K, has won the Rs 25-lakh-JCB Prize for Literature 2021 published by Westland.

Highlights:
i.First published in 2011 as Delhi Gathakal which is based on the experience of living and working in Delhi for 40 years at the French Embassy.
ii.Mukundan served as the president of the Kerala Sahitya Akademi from 2006 to 2010.
iii.The Other books on the shortlist were ‘Anti-Clock’ by V J James; ‘Name Place Animal Thing’ by Daribha Lyndem; ‘The Plague Upon Us’ by Shabir Ahmed Mir and ‘Gods and Ends’ by Lindsay Pereira.
Achievements of M Mukundan
i.He has been awarded Ezhuthachan Puraskaram, the highest literary honour given by the Government of Kerala.
ii.The Crossword Book Award twice, first in 1999 for ‘On the Banks of the Mayyazhi’ and second in 2006 for ‘Kesavan’s Lamentations’
iii.The Sahitya Akademi award and N.V.¯Puraskaram for ‘Daivathinte Vikrithikal’ (God’s Mischief).
iv.He received Chevalier in the Order of Arts and Letters by the French Government in 1998.
Note – Fathima E V , head of English department at Krishna Menon Memorial Government Women’s College at Kannur and Nandakumar K , Dubai based copy editor are award winning writers and translators.
Other noted works of M Mukundan
1.Kesavante Vilapangal (2009)
2.Prasavam (2008).
About JCB Prize
Launched – 2018
Chairperson – Tarun Das
i.The award carries a cash prize of Rs 25 lakh for the author and the translators will receive Rs 10 lakh.
ii.Authors shortlisted for the JCB Prize for Literature receive Rs 1 lakh, their translators (if any) Rs 50,000. ii.Jayawardena retired as one of Sri Lanka’s greatest ever players, a key member of the team that won the T20 World Cup in 2014 and reached four other major ICC finals.

iii.Pollock was one of the finest bowling all-rounders and the first player to achieve the 3,000 run and 300 wicket double in both Test and ODI cricket.
Note – The ICC Hall of Fame recognises the achievements of the legends of the game from cricket’s long and illustrious history. 106 players have been inducted since its launch in 2009
About ICC
Chairman – Greg Barclay
Acting CEO – Geoff Allardice
Founded – 1909
Motto – Cricket for good 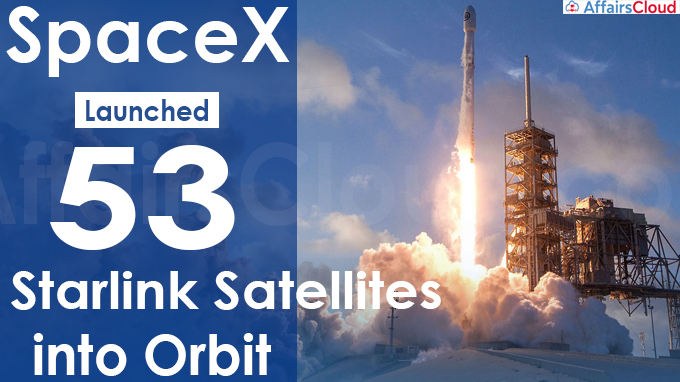 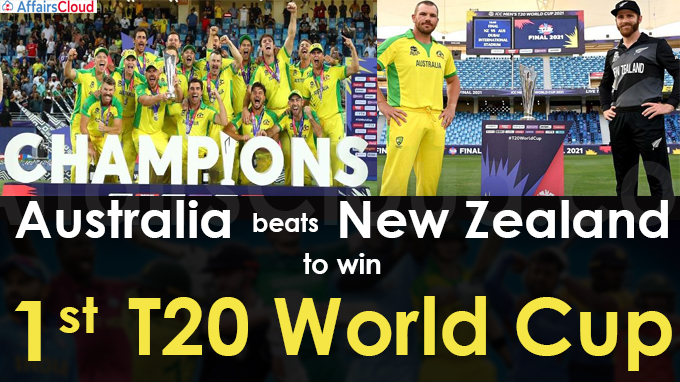 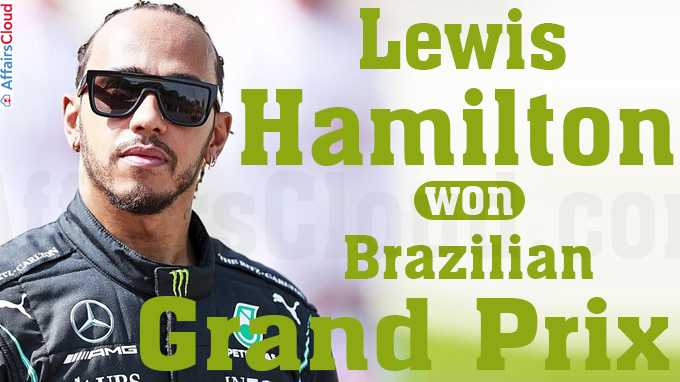 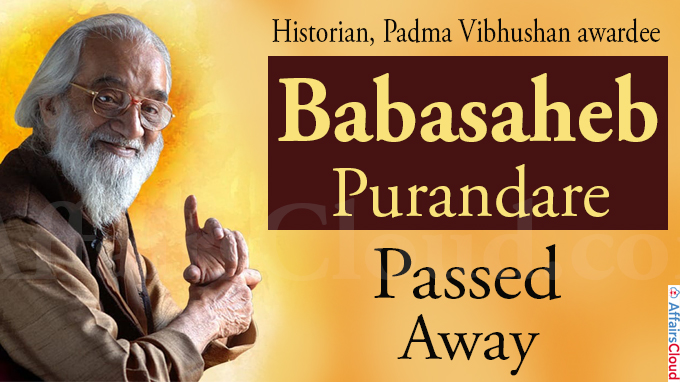 In November 2021,Renowned historian and Padma Vibhushan recipient Balwant Moreshwar Purandare passed away due to pneumonia in Pune, Maharashtra at the age of 99 years. He is also popularly known as Babasaheb Purandare.
About Balwant Moreshwar Purandare:
i.Babasaheb Purandare was born on July 29, 1922 Pune, Maharashtra. He was  awarded the  Padma Vibhushan award  in 2019, India’s second-highest civilian award, in the field of ‘Art’.
ii.He is a famous Marathi writer, known for his popular historic Marathi book “Raja Shivchhatrapati”, which was published in the 1950s. For this he was known as ‘Shiv Shahir’.
iii.Purandare also conceived and directed the theatrical history on Shivaji Maharaj’s life titled ‘Jaanta Raja’ in the mid-1980s.

HarperCollins India will publish a book titled ‘The Disruptor: How Vishwanath Pratap Singh Shook India’ that was authored by Debashish Mukerji on 8th December 2021.

Achievements:
i.Gurbachan Singh Randhawa was the first Athlete to receive the Arjuna Award in 1961 and he also received Padma Shri in 2005.
ii.He was the flag bearer of the Indian contingent of 1964 Tokyo Olympics who won 5th position in the 110-metre hurdles event.
iii.He won Gold in the 1962 Jakarta Asiad in Decathlon besides the Best Athlete title.
iv.He was awarded with Rashtrapati Puraskar for meritorious services in the Police and also honorary PhD degree as sports adviser of Punjabi University, Patiala.
About Punjab
Capital – Chandigarh
The name Punjab stands for Punj (Five) + Aab (Water) i.e. land of five rivers. United Nations (UN) World Diabetes Day is celebrated annually on 14th November, to raise awareness of diabetes as a global public health issue and effective responsibility to be undertaken collectively and individually, for better prevention, diagnosis and management of the condition with the theme ‘Access to Diabetes Care’ for 2021-2023.

World Diabetes Day 2021: Blue Building
On this day, famous buildings and monuments all over the world are lit up in blue to spread the message about World Diabetes day to people. The blue circle is the global symbol for diabetes awareness.
About International Diabetes Foundation (IDF):
President – Andrew Boulton, United Kingdom
Headquarters – Brussels, Belgium
>>Read Full News In India, Children’s Day or Bal Diwas is annually celebrated on 14th November, the birth anniversary of India’s first prime minister Jawaharlal Nehru. He was born on 14 November 1889 in Allahabad, British India.

The day also recognises Jawaharlal Nehru’s efforts and works for the welfare, education and development of children and young people. 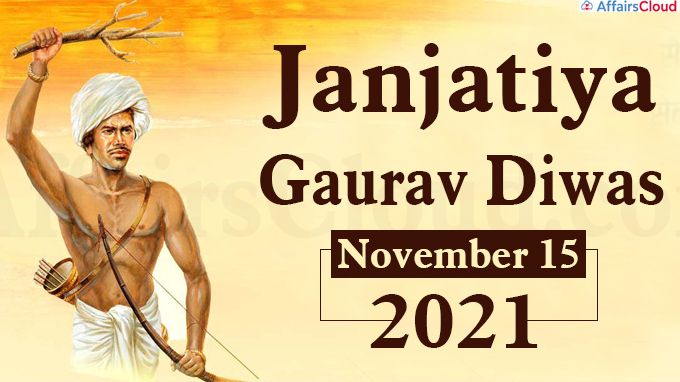 The government of  Arunachal Pradesh (AP) approved the ‘Pakke Tiger Reserve 2047 Declaration on Climate Change Resilient and Responsive Arunachal Pradesh’, which aims to promote “climate-resilient development” in the state. The announcement is the first of its kind by any state government in the country.

Key points:
i.The ‘Pakke Declaration’ focuses on  a multi-sectoral approach to low-emission and climate-resilient development based on five broad themes, or Panch Dharas.
ii.The Panch Dharas resting on 75 strategies include-