We are here for you to provide the important Recent and Latest Current Affairs 16 March 2020, which have unique updates of Latest Current Affairs 2020 events from all newspapers such as The Hindu, The Economic Times, PIB, Times of India, PTI, Indian Express, Business Standard and all Government official websites. 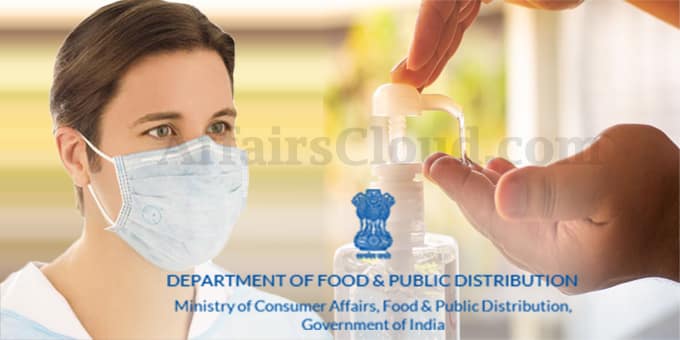 On March 13, 2020, the government amended Essential Commodities (EC) Act, 1955 to declare 2 ply & 3 ply surgical masks, N95 masks & hand sanitizers as Essential Commodities up to 30th June 2020 to ensure that these products are available in the market at the right price given the outbreak of coronavirus & also has a measure to manage it.
Key Points:
i.It also issued a consultation under the Legal Metrology (LM) Act, 2009 that under EC law,…Click here to Read More

CRPF signs MoU with Aditya Mehta foundation to train its specially-abled troops in areas of cybersecurity & AI
On March 13, 2020, The Central Reserve Police Force (CRPF), India’s largest Central Armed Police Force, has signed a Memorandum of Understanding (MoU) with Aditya Mehta Foundation (AMF), a non-profit organization which aids people with disabilities to pursue sports, to train its 189 CRPF personnel who had lost their limbs in operations in areas of cybersecurity, artificial intelligence (AI) and paralympic sports.
Key Points:
i.The agreement, signed in the presence of CRPF’s Director General (DG) AP Maheshwari, will help create newer opportunities for such personnel to continue as an integral part of the force.
ii.The initiative also comes as a big boost for the CRPF personnel who had lost their limbs or undergone amputation over the past 10 years.
iii.During the event,The CRPF Chief Maheshwari also handed over job appointment letters to a family member of 20 CRPF personnel who had lost their lives in the line of duty or operations. Companies including Wipro, Toyota, Dream Studio, Virtusa & Garcorp provided the offer letter to the beneficiaries.
About Aditya Mehta Foundation (AMF):
Headquarters– Secunderabad, Telangana
About the Central Reserve Police Force (CRPF):
Headquarters– New Delhi
Motto– Service and Loyalty
Preceding agency– Ministry of Home Affairs
Minister responsible– Amit Shah, Union Minister of Home Affairs

Phool Dei festival was celebrated in Uttarakhand
On March 14, 2020 Uttarakhand Chief Minister (CM) Trivendra Singh Rawat celebrated the traditional harvest festival “Phool Dei”. The festival also showcases the inner bonding between the communities who all are residing in the hills.
Key Points:
i.About Phool Dei Festival: It is the harvest festival of Uttarakhand that is celebrated in the month of Chaitra (March- April) in the Hindu Calendar.
ii.On this traditional festival young girls pluck the first flowers of the season to decorate their houses with flowers and the term ‘Dei’ refers to ceremonial pudding which is the key food in the festival that is made from jaggery, Whiteflour & curd, are offered to everyone.
iii.In some places, the festival is celebrated throughout the month with the advent of spring.
About Uttarakhand:
Capital- Dehradun (Winter capital), Gairsain (Summer capital).
Governor- Baby Rani Maurya.

Key Points:
-UCBs shall have at least 50% of their aggregate loans and advances comprising loans of not more than Rs 25 lakh or 0.2% of their tier 1 capital, whichever is higher, subject to a maximum of Rs 1 crore, per borrower.
-The RBI also increased the overall priority sector lending (PSL) target for UCBs to 75% of adjusted net bank credit (ANBC) or credit equivalent amount of off-balance sheet exposure (CEOBSE), whichever is higher from 40% earlier.
About Reserve Bank of India (RBI):
Headquarters– Mumbai, Maharashtra
Formation– 1 April 1935
Governor– Shaktikanta Das
Deputy Governors– 4 (Bibhu Prasad Kanungo, N S Vishwanathan (will retire on March 31, 2020), Mahesh Kumar Jain, Michael Debabrata Patra)
About UCBs:
A cooperative bank located in urban/semi-urban centre is known as Urban Cooperative Bank (UCB).
Establishment as per RBI Act- Large cooperative banks with paid-up share capital and reserves of Rs. l lakh were brought under the preview of the Banking Regulation Act 1949 with effect from 1st March 1966. 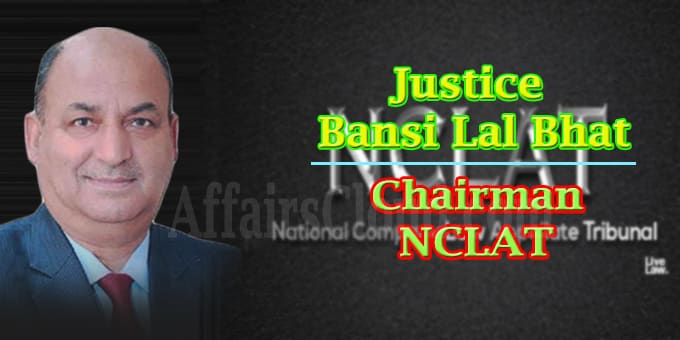 On March 14, 2020, According to the Ministry of Corporate Affairs, Government of India (GoI), Justice (Retd.) Bansi Lal Bhat has been appointed as the officiating Chairperson of the National Company Law Appellate Tribunal (NCLAT) for a period of 3 months with effect from March 15, 2020, or until a regular Chairperson is appointed, whichever is earlier.
The first Chairperson of NCLAT, Justice SJ Mukhopadhaya has retired on March 13, 2020.
Key Points:
i.The government has also appointed Justice (Retd.) Anant Bijay Singh as a Judicial Member of  NCLAT & Ms Shreesha Merla and Mr Alok Srivastava as Technical Members.
ii.Prior to this appointment, Justice Bansi served as a Member (Judicial) of NCLAT for 2-years. He also worked as a judicial member of the Armed Forces Tribunal and as a Judge of the Jammu & Kashmir High Court (HC).
iii.Bansi’s appointment has been made under Rule 10(1) of the Tribunal, Appellate Tribunal and other Authorities (Qualifications, Experience, and Other Conditions of Service of Members) Rules, 2020.
About National Company Law Appellate Tribunal (NCLAT):
It adjudicates issues relating to Indian companies.
Headquarters– New Delhi
Act– Companies Act of 2013.