We are here for you to provide the important Recent and Latest Current Affairs 14 August 2021, which have unique updates of Latest Current Affairs 2021 events from all newspapers such as The Hindu, The Economic Times, PIB, Times of India, PTI, Indian Express, Business Standard and all Government official websites. The Handbook named ‘Electric Vehicle Charging Infrastructure Implementation’ was released by NITI Aayog. The objective of the book is to provide guidance to the state governments and local bodies about policy making and setting up of norms related to charging networks for Electric Vehicle (EV). The total installed renewable energy capacity in India, excluding large Hydro, has crossed the milestone of 100 GigaWatts (GW). With this, India holds 4th position in the world in terms of installed Renewable Energy (RE) capacity, 5th in solar and 4th in wind in terms of installed capacity.
Target – 100 GW achievement is considered to be part of India’s target of 450 GW of renewable energy capacity by 2030, increasing 25 GW every year and it will reach 146 GW installed RE capacity if we include large hydro projects.
Key points-
India has achieved power generation capacity of 383.73 GW(excluding hydro). 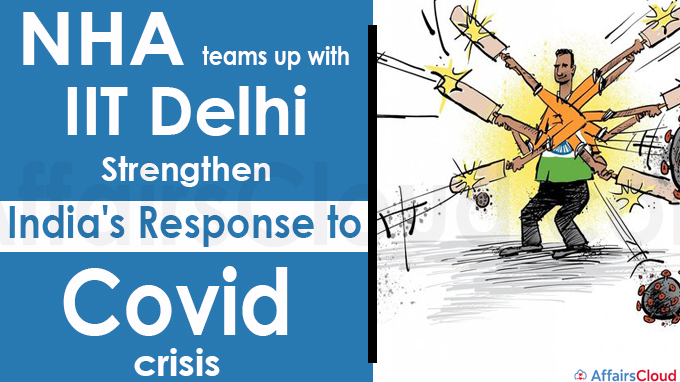 The National Health Authority (NHA) has signed a Memorandum of Understanding (MoU) with Indian Institute of Technology, Delhi (IIT Delhi) to strengthen India’s response to the COVID-19 crisis. The Securities and Exchange Board of India (SEBI) has merged 2 debt securities regulations viz, SEBI (Issue and Listing of Debt Securities) Regulations, 2008 and SEBI (Non-Convertible Redeemable Preference Shares) Regulations, 2013 into a single Regulation called – SEBI (Issue and Listing of Non-Convertible Securities) Regulations, 2021.
Key Points:
i.Under the new regulation, SEBI issued a framework for the issuance, listing and trading of Non-convertible Securities (NCS), Securitised Debt Instruments, Security Receipts, and Commercial Paper (CP).
ii.The regulations enabled the Issuers (other than unlisted Real estate investment trusts (REITs) and Infrastructure investment trusts (InvITs)) who have an existence history of less than 3 years  to tap the bond market with certain conditions.
iii.Under the condition, the issuers should issue debt securities only on a private placement basis.
About Securities and Exchange Board of India (SEBI):
Establishment – 1992 in accordance with the SEBI Act, 1992.
Headquarters – Mumbai, Maharashtra
Chairman – Ajay Tyagi
>>Read Full News 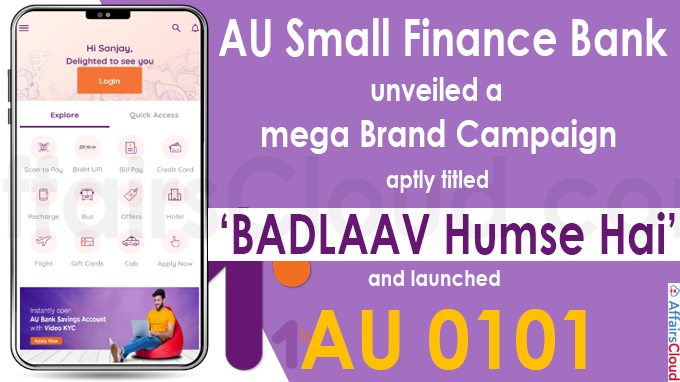 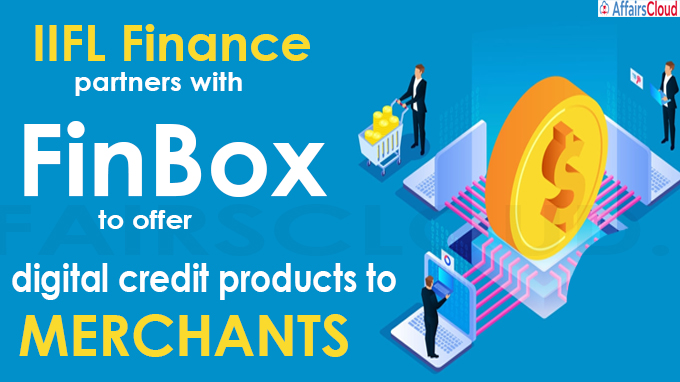 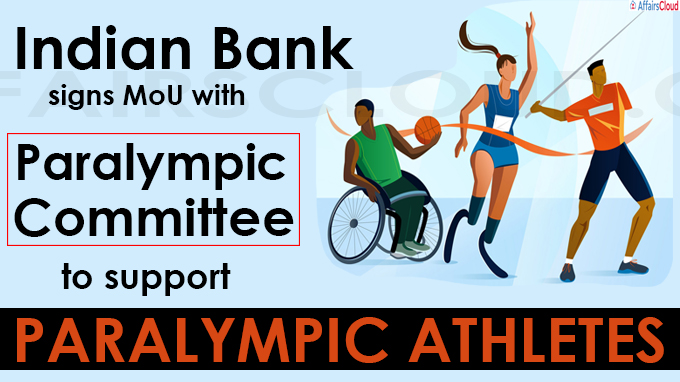 The Public Sector Bank (PSB), Indian Bank, signed a year-long memorandum of understanding (MoU) with the Paralympic Committee of India (PCI) to become one of the Banking Partners ahead of the Paralympic Games 2020 in Tokyo, Japan.

Key Points:
i.The resources offered by the bank will be utilized towards meeting the requirements of the Indian Para athletes which include training, nutrition, equipment, certifications, among others.
ii.This initiative will empower many athletes to take up sports as a career without facing any kind  of shortages.
About Paralympic Committee of India (PCI):
It is the authorised and sole organisation in India recognised by International Paralympic Committee (IPC) of Bonn, Germany as National Paralympic Committee (NPC) and National Sports Federation (NSF) by Govt. of India for promotion and development of Para Sports in India.
President– Deepa Malik
Headquarter– New Delhi
About Indian Bank:
Establishment– 1907
Managing Director & CEO– Padmaja Chunduru
Headquarters– Chennai, Tamil Nadu
Tagline– Your Own Bank
Amalgamated Bank– Allahabad Bank

EXIM Bank to provide LoC of USD 100 Million to Mauritius 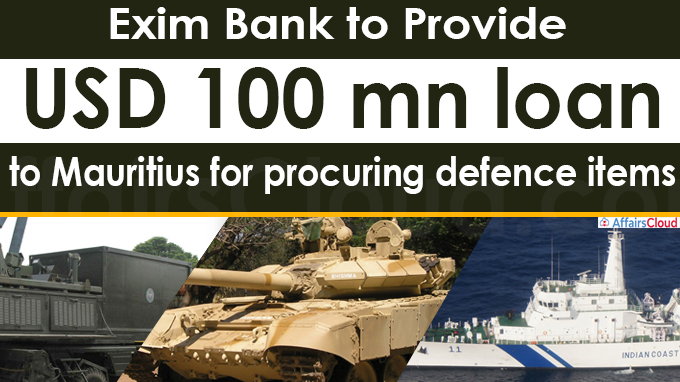 The Export and Import bank (EXIM) of India will provide Line of Credit (LoC) of USD 100 Million(~ INR 742.6 Crore) to the Government of Mauritius for procurement of Defense items.

Indiaspora, a US-based diaspora body has released the “2021 Indiaspora Philanthropy leaders list”, a first of its kind list that recognises Indian and diaspora leaders across the globe, who have made contributions to significant philanthropic activities. 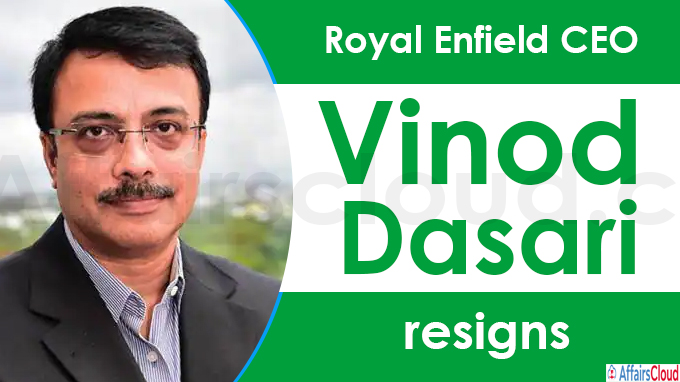 About B Govindarajan:
i.BGovindarajan is currently serving as the COO of Royal Enfield. He joined Royal Enfield as Senior Vice President in June 2011.
ii.He has also served at various senior positions in Commercial vehicles, Railway component business and the Renewable energy sector.
About Eicher Motors Ltd:
Eicher Motors Limited is the flagship company of the Eicher Group in India
Managing Director– Siddhartha Lal
Headquarters– New Delhi
Incorporated in 1982 Disinvestment target:
i.In February 2021, The Budget proposals for 2021-22 had set a disinvestment target of Rs 1.75 lakh crore for 2021-22 (April-March).
ii.The government has raised Rs 8,368 crore by selling stakes in Axis Bank, NMDC Ltd and Housing and Urban Development Corp (HUDCO).
About National Seeds Corporation (NSC):
NSC is under the administrative control of the Department of Agriculture, Cooperation and Farmers’ Welfare, Ministry of Agriculture and Farmers Welfare
It is wholly owned by the Government of India.
Chairman & Managing Director– Vinod Kumar Gaur
Headquarters– New Delhi
Established in March 1963 Pakistan successfully test-fired the Nuclear capable Surface to Surface Ballistic Missile Ghaznavi (Hatf-III). It has a  range of upto 290 Km. 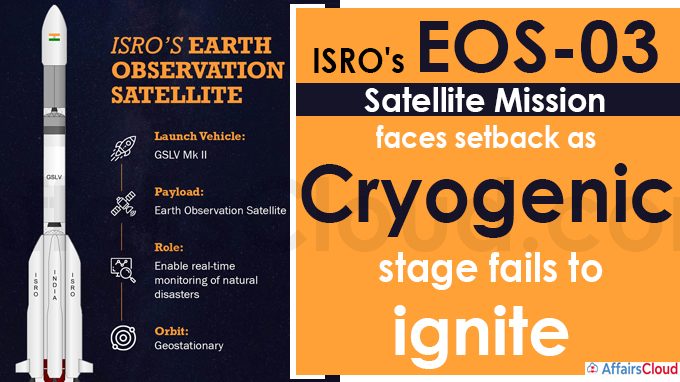 The Imaging Infrared Spectrometer (IIRS) instrument on the Chandrayaan-2 lunar orbiter has detected the presence of both Hydroxyl ions (OH) and Water Molecules (H2O) on the surface of the moon. Release of 4th Edition of Trumpet:
Union Environment Minister Bhupender Yadav, along with Minister of State of MoEFCCAshwini Kumar Choubey released the 4th edition of the quarterly newsletter “Trumpet”.

Kolkata to host 130th Edition of Durand Cup in September 2021 The 130th Edition of Durand Cup, an annual Domestic Football League in India, will be held in Kolkata, West Bengal (from September 5th to October 3rd of 2021). The 2020 season was cancelled due to COVID-19 pandemic.

About Durand Cup
i.It was started in 1888 at Dagshai, Himachal Pradesh.
ii.Durand cup is the World’s 3 Oldest & Asia’s Oldest Football tournament. It is hosted by Durand Football Tournament Society (DFTS),  which is led by India’s Armed Service Chiefs .
iii.The tournament is named after its Founder, Sir Mortimer Durand, who served as the then Foreign Secretary of British India from 1884 to 1894.
iv.Kolkata based clubs East Bengal and ATK Mohun Bagan have won Durand Cup 16 times each.
v.The winning team is presented with cash prize of INR 40 lakh and 3 trophies

According to the latest Test Players Rankings released by International Cricket Council (ICC), Indian Bowler JaspritBumrah has been ranked in the 9th Position in the bowler’s rankings, while Indian Captain ViratKohli slipped to 5th Position in the rankings for Batsmen.

“The Earthspinner” a new novel authored by Anuradha Roy 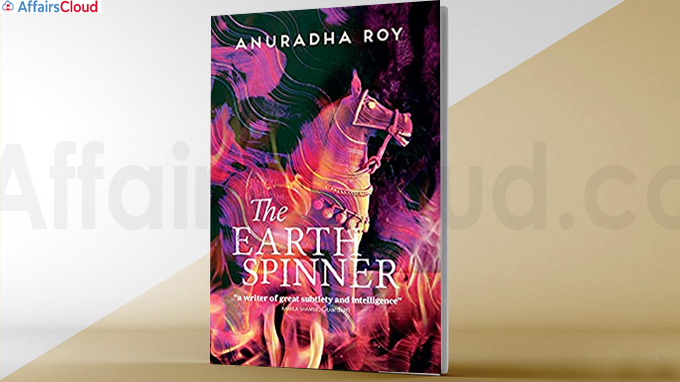 Indian novelist Anuradha Roy has authored a new novel titled “The Earthspinner”, a story about the changing ways of loving and living in the modern world.
The book will be published by Mountain Leopard Press London and Hachette India which will publish the book in September 2021.
About the book:
i.The book moving between India and England reflects the encounters of East and West.
ii.It narrates the story about 2 people who struggle to free themself from the constraints such as community, religion, state harassment.
About Anuradha Roy:
Anuradha Roy from Ranikhet, Uttarakhand works as a graphic designer at  Permanent Black, an independent press.
Along with her husband RukunAdvani, she founded the Indian publishing house, Permanent Black in 2000.
Her books were translated into more than 15 languages.
Books and honours:
i.Her first book was “An Atlas of Impossible Longing”.
ii.She won the DSC Prize for Fiction 2016  for her book “Sleeping on Jupiter”.
iii.She was honoured with the NilimaraniSahityaSamman for her outstanding contribution to Indian literature in 2020.
iv.She has won the Economist Crossword Prize 2011 for “The Folded Earth”.
v.Her novel “All the Lives We Never Lived” was shortlisted for the International Dublin Literary Award and many other awards.

Books by RochonaMajumdar include, “Marriage and Modernity: Family Values in Colonial Bengal” (2009) and “Writing Postcolonial History” (2010). 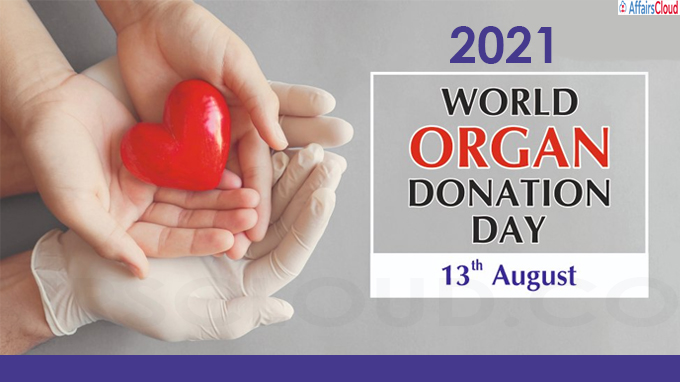 World Organ Donation Day is annually observed across the globe on 13th August to create awareness about the importance of organ donation and to encourage organ donation among the general public.
Organ donation is a process of surgically removing an organ or tissue from a person(donor) and placing it into another person(recipient).
Note:
India observes the annual National Organ Donation day on 27th November.
The national organ donation day is organised by the National Organ & Tissue Transplantation Organisation(NOTTO), under the Ministry of Health & Family Welfare.
History of Transplantation:
i.The world’s first-ever organ transplantation(kidney transplantation) operation was conducted on 23rd December 1954.
ii.Dr Joseph Murray, the lead surgeon of the operation won the Nobel Prize in Physiology or Medicine in 1990.
>>Read Full News 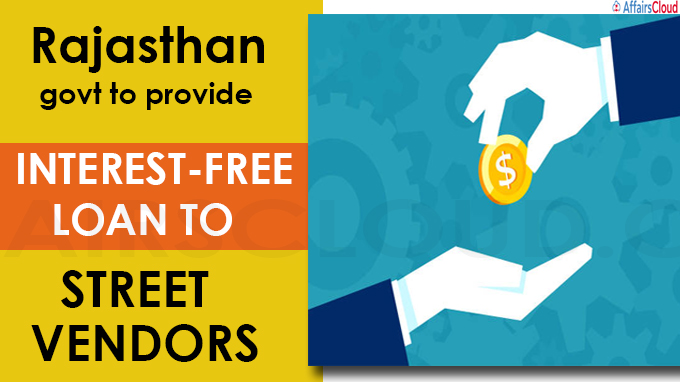 The state government of Rajasthan has introduced Indira Gandhi Urban Credit Card Scheme 2021 to provide interest-free loan up to Rs 50,000 as a financial support to 5 lakh beneficiaries, thereby, creating self employment opportunities in the urban areas of the state.

Key Points:
i.Those having monthly income of Rs 15,000 or family income Rs 50,000 per month will not be eligible for the scheme.
ii.Loans will be given on the first come first serve basis. They will get an interest free loan without guarantee in one year.
iii.The beneficiaries will be identified at the district level on the basis of certificates issued to the vendors by the urban local bodies.
iv.Scheduled commercial banks, regional rural banks, small finance banks, cooperative banks, and non-banking finance companies will be the lending institutions under the scheme.
About Rajasthan:
Governor– Kalraj Mishra
National Parks– Desert National Park, Keoladeo Ghana National Park, and Ranthambore National Park
Wildlife Sanctuaries– Jaisamand Wildlife Sanctuary, Sajjangarh Wildlife Sanctuary, and Phulwari ki nal Sanctuary