We are here for you to provide the important Recent and Latest Current Affairs 14 & 15 January 2022, which have unique updates of Latest Current Affairs 2021 events from all newspapers such as The Hindu, The Economic Times, PIB, Times of India, PTI, Indian Express, Business Standard and all Government official websites. 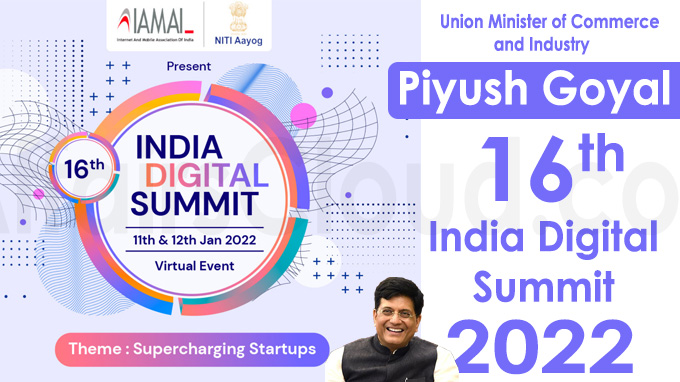 Piyush Goyal, Union Minister of Commerce & Industry, addressed the 16th edition of India Digital Summit(IDS), 2022 through a video conference. The 16th IDS organised by the Internet and Mobile Association of India (IAMAI) was held from 11th to 12th January 2022 with the theme “Supercharging Startups”.

India Digital Summit(IDS):
i.The India Digital Summit(IDS), a flagship event of the IAMAI, is one of the biggest conferences for the digital industry.
ii.This is the oldest event of the digital industry in India.
Key points:
i.In the past 6 years, the government of India has produced 82 Unicorns, this is the world’s 3rd largest number of Unicorns.
ii.At present India has over 60 thousand Startups registered at the Department for Promotion of Industry and Internal Trade (DPIIT).
iii.More than 6 lakh Jobs were created by Indian Startups Between 2018 and 2021.
Launch of report “Creating 10 million Digitally Enabled Microentrepreneurs”
Rajeev Chandrasekhar, Minister of State for Electronics and Information Technology launched the report titled “Creating 10 million Digitally Enabled Microentrepreneurs” by IAMAI-KPMG at the 16th edition of India Digital Summit 2022.

The mobile van is designed by KVIC at its Multi-disciplinary Training Centre, Panjokhra,UP at a cost of Rs 15 lakh. 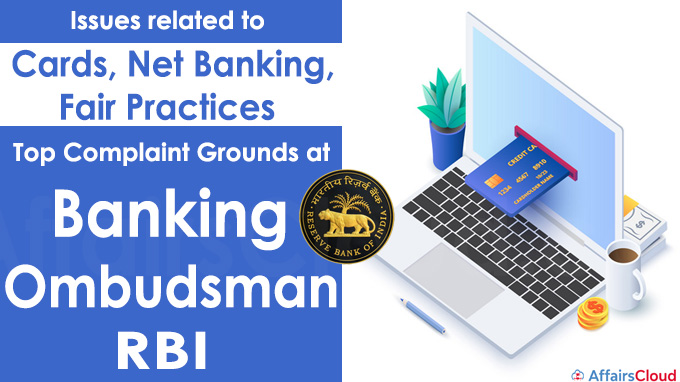 Central Depository Services Limited (CDSL) Ventures Limited, a wholly owned subsidiary of CDSL has received approval from Securities and Exchange Board of India’s (SEBI) for setting up  Accreditation Agency for a period of 3 years with effect from 1st February 2022 for accreditation of eligible Investors. 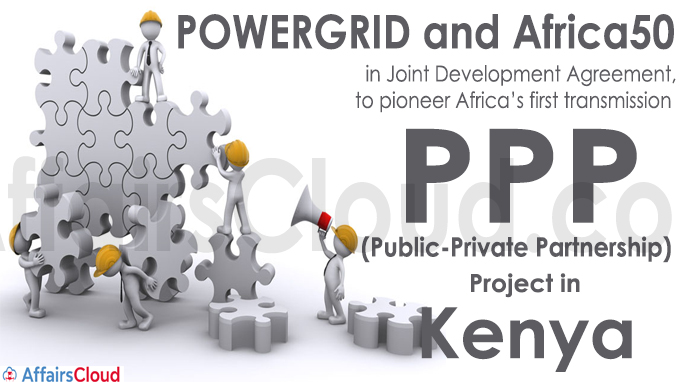 Key Points:
i.Under the partnership, technical and operational support to the project will be provided by POWERGRID, whereas Africa50 will act as a bridge between the Kenyan government and private investors, develop the project, and bring finance expertise.
ii.Once completed, the project will be the 1st Independent Power Transmission (IPT) in  Kenya.
iii.Benefits: This Project will improve both the supply and reliability of power transmission in Western Kenya and further increase private sector investments into the expansion of Africa’s power transmission networks.
iv.The partnership was signed by the Chairman and Managing Director of POWERGRID K. Sreekant and CEO of Africa50 Alain Ebobissé
About Africa50: Africa50 is an infrastructure investment platform that contributes to Africa’s economic growth. Currently, it has 31 shareholders, comprising 28 African countries, the African Development Bank, the Central Bank of West African States (BCEAO), and Bank Al-Maghrib.
About Power Grid Corporation of India Limited (POWERGRID):
Establishment – 1989 (under the Companies Act, 1956 as National Power Transmission Corporations). In 1992 the name was changed to POWERGRID.
Chairman and Managing Director – K. Sreekant
Headquarters – Gurgaon, Haryana 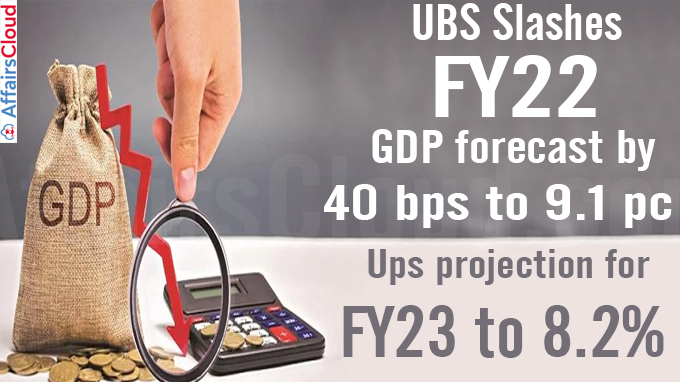 Switzerland based brokerage UBS Securities has revised India’s growth forecast for the current financial year (FY22) downwards to 9.1 percent from 9.5 percent due to increased cases in Omicron infections, closely equal to the recent NSO forecast to 9.2 percent.
Projections:
i.UBS Securities also analyzed that the 3rd wave impact does not extend to FY23 as it has revised the real GDP forecast upwards to 8.2 percent from 7.7 percent.
Other GDP Forecasts for FY22: Adani Group has signed a non-binding Memorandum of Understanding(MoU) with POSCO, a South Korean steel-making company, to explore business cooperation opportunities in sectors like Steel, Renewable energy and others.
The investment under the MoU is estimated to be up to USD 5 billion(~Rs 37000 crore).
Additional info:
The collaboration also includes the establishment of an environment-friendly integrated steel mill in Mundra, Gujarat based on POSCO’s technology and R&D capability.

Features of the partnership:
i.The business cooperation between POSCO and Adani is aimed to bring dominant partnership synergy in the Indian Steel industry.
ii.The partnership also aims to utilize renewable energy resources and green hydrogen, in line with their Environmental, Social, and Governance (ESG) commitments to sustainability and energy efficiency.
iii.The MoU also aims to further collaborate at the group business level in various industries like renewable energy, hydrogen, and logistics in line with the carbon reduction requirements.
iv.Both POSCO and Adani Group are examining various options to cooperate and leverage the technical, financial, and operational strengths of each company.
About POSCO:
POSCO (formerly Pohang Iron and Steel Co., Ltd) was launched on 1st April 1968.
CEO– Jeong-Woo Choi
Headquarters– Pohang, Gyeongsangbuk, Republic of Korea(South Korea) 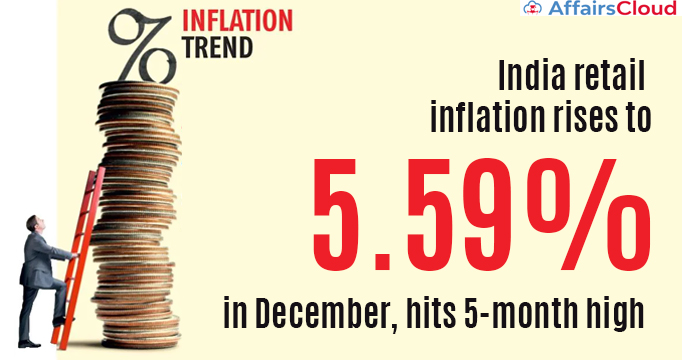 As per the data released by the Ministry of Statistics and Programme Implementation (MoSPI), India’s benchmark inflation rate, measured by the Consumer Price Index (CPI) firmed up to 5.59 percent year-on-year in December 2021 (highest in 5 months) from 4.91 percent in November 2021. In December 2020, retail inflation stood at 4.59 percent. The Former West Indies Captain Clive Lloyd received Knighthood from Prince William, the Duke of Cambridge at Windsor Castle, for his services towards the game of cricket.
Achievements of Lloyd
i.Clive Lloyd led the West Indies to victory over Australia at Lords in the final of the inaugural Cricket World Cup tournament in 1975.
ii.In 1979, he again led West Indies to the world title for the second time where they beat England at Lords.
iii.During his captaincy, Cricket West Indies (CWI) holds the record of 27 Test matches without defeat – which included 11 wins in a row.
iv.In 2009 he was inducted into the ICC Cricket Hall of Fame. Lloyd was also a former West Indies team manager and selector, and ICC (International Cricket Council) Match Referee.
Eoin Morgan awarded with CBE:  On the same day, England’s world cup-winning captain Eoin Morgan was awarded with CBE (Commander of the Order of the British Empire) by Prince William for his services towards the game of cricket.
Note – The CBE is the highest-ranking Order of the British Empire award, followed by OBE (Officer of the Order of the British Empire) and then MBE (Member of the Order of the British Empire).
About Knighthood
Knighthood: A knighthood is a title that is given to a man by a British king or queen for his achievements or his service to his country. A man who has been given a knighthood can put ‘Sir’ in front of his name instead of ‘ Mr’.
Lewis Carl Davidson Hamilton, Formula One Racing Driver won Knighthood in 2021 for service to Motorsports.

The Minister of State for Education Subhas Sarkar launched the Swachh Vidyalaya Puraskar (SVP) 2021 – 2022, underlining the importance of water, sanitation and hygiene. The schools will be assessed through an online portal & mobile app in 6 sub-categories: Water, Sanitation, Hand Washing with soap, Operation and Maintenance, Behaviour Change and Capacity Building. The 6 sub-categories will be awarded with a prize money of Rs. 20,000/- per school. 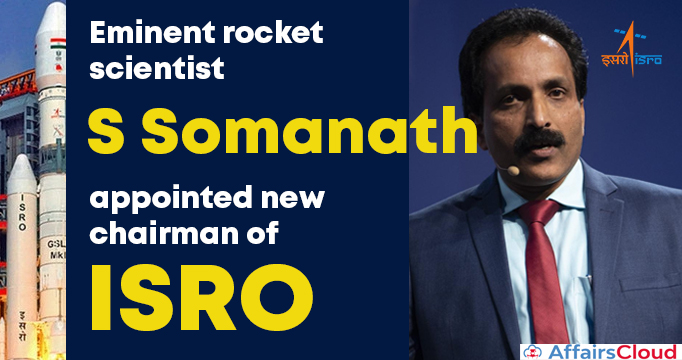 The Appointments Committee of Cabinet (ACC) approved the appointment of rocket scientist S Somanath as the Chairman of the Indian Space Research Organisation (ISRO) and The Space Secretary, Department of Space (DoS). He will succeed K Sivan, who is set to retire on 14th January 2022.
i.Mr Somanath, will be the 10th Chairman of ISRO.
ii.Mr Somanath, the senior space scientist is also taking part in the Gaganyaan – India’s 1st Human spaceflight mission.
Appointments of S Somanath
i.Mr Somanath, is currently the Director of Vikram Sarabhai Space Centre (VSSC) and Indian Institute of Space Science and Technology (IIST) since 2018
ii.Before becoming the director of VSSC, he served as the director of Liquid Propulsion Systems Centre (LPSC)
iii. Previously, he has also served as the Associate Director (Projects) of VSSC and also as the Project Director of GSLV Mk-III (Geosynchronous Satellite Launch Vehicle Mark III) launch vehicle. 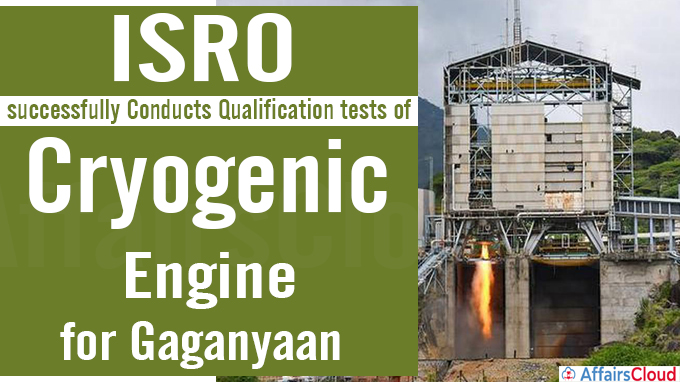 On 12th January 2022, The Indian Space Research Organisation (ISRO) successfully conducted the qualification test of Cryogenic Engine for Gaganyaan programme for a duration of 720 seconds at ISRO Propulsion Complex (IPRC), Mahendragiri, Tamil Nadu.
About the Test:
i.The Qualification test ensures the reliability and robustness of the cryogenic engine for induction into the human-rated launch vehicle for Gaganyaan.
ii.This engine will undergo 4 more tests for a cumulative duration of 1,810 seconds.

About Gaganyaan:
i.India’s 1st human space mission ‘Gaganyaan’ will be launched in 2023.
ii.With this launch, India will become the 4th nation in the world to launch a Human Spaceflight Mission after the USA, Russia and China.
iii.Objective – To demonstrate the capability to send humans to low earth orbit (LEO).
Note – 4 Indian Astronauts were trained by Russia for the Gaganyaan mission.
Flight Tests:
i.ISRO is planning to conduct the 1st Unmanned mission under Gaganyaan program by 75th anniversary of India’s independence (August 15, 2022) Tasnim Mir became the first Indian to grab World no 1 in Under-19 (U-19) Girls Singles category with 10,810 points in the latest Badminton World Federation (BWF) Junior rankings. She is followed by Mariia Golubeva from Russia and Lucia Rodriguez from Spain.
In 2021, she won 3 Junior International Tournaments held in Bulgaria, France and Belgium, which helped her climb up for No.1 position.
Tasnim Mir was trained under Edwin Iriawan, an Indonesian coach, at the Assam Badminton Academy in Guwahati, Assam.
Achievements of Tasnim have never been accomplished by any Indian girl, including Olympic Gold medalist P.V Sindhu, who ranked No.2 during her U-19.
She is currently ranked 602 in Women’s Singles in BWF.
Note – The World No.1 position in Boy’s Singles is shared by Lakshya Sen, Siril Verma and Aditya Joshi.
About Badminton World Federation (BWF):
President – Poul-Erik Høyer Larsen
Established – 1934
Headquarters – Kuala Lumpur, Malaysia