We are here for you to provide the important Recent and Latest Current Affairs 13 August 2021, which have unique updates of Latest Current Affairs 2021 events from all newspapers such as The Hindu, The Economic Times, PIB, Times of India, PTI, Indian Express, Business Standard and all Government official websites. The Ministry of Housing and Urban Affairs (MoHUA) has declared Indore, Madhya Pradesh, the cleanest city of India, as the 1st ‘water plus’ city of India. 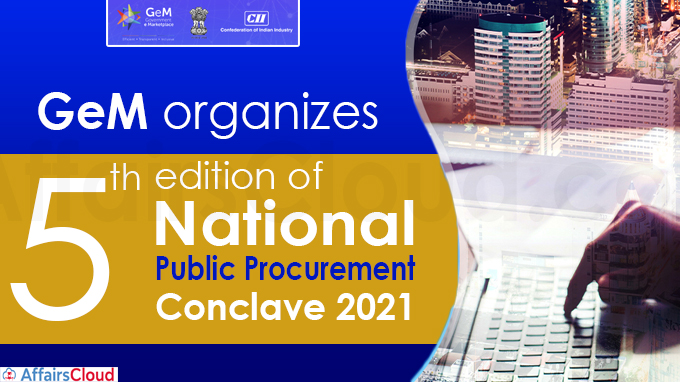 i.It was inaugurated by the Minister of State for Commerce and Industry, Anupriya Patel.
ii.The 2021 Conclave provided an opportunity for Government buyers, sellers, industry, and academia to interact with each other.
iii.The top performing buyers and sellers were awarded for leading the procurement efforts through GeM in the FY 2020-21.

About Government e-Marketplace (GeM)-
It was launched by the Ministry of Commerce and Industry
Chairperson of GeM – Dr Anup Wadhwan
Headquarters – New Delhi
Launched date –  August 9, 2016 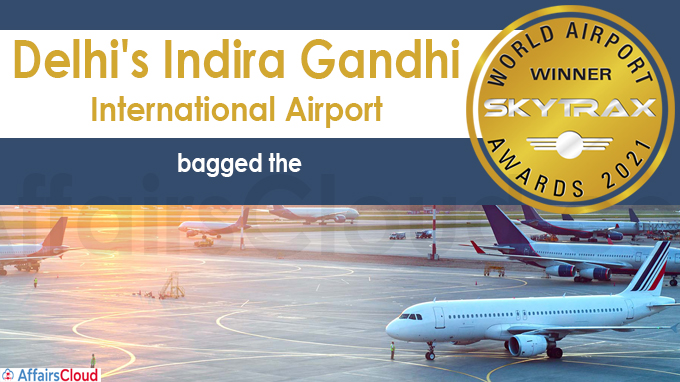 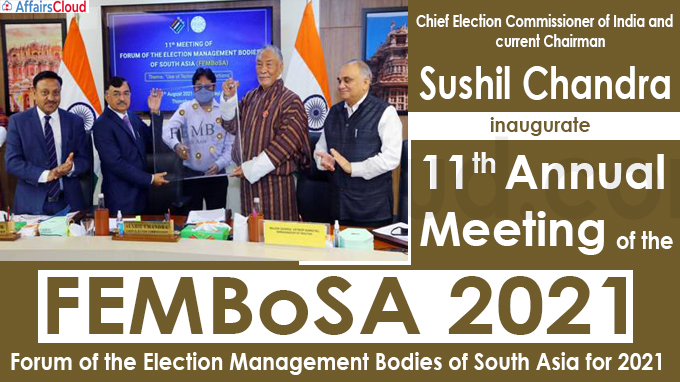 i.During the meeting, the Outgoing Chairman of FEMBoSA, Sushil Chandra passed the Chairmanship to Dasho Sonam Topgay (New Chairman), Chief Election Commissioner of Bhutan for the year 2021-22.
ii.‘Thimphu Resolution’ was unanimously adopted by the members of the FEMBoSA to extend the tenure of  chairmanship for two years due to the current COVID pandemic.
Forum of the Election Management Bodies of South Asia (FEMBoSA)
FEMBoSA was established at the 3rd Conference of Heads of Election Management Bodies (EMBs) of South Asian Association of Regional Cooperation (SAARC) held at New Delhi in May, 2012. CoinDCX has become the first Indian cryptocurrency exchange to grab the title of ‘unicorn’ with valuation to $1.1 billion (Rs 8,150 crore). The exchange achieved this status after a $90-million (Rs 668 crore) series-C funding round, led by Facebook co-founder Eduardo Saverin’s B Capital.

Utilization of Funds:
i.The funds will be used for marketing, strengthening, and on new business initiatives to expand crypto investor base and to make crypto a popular investment in India.
ii.The exchange has earmarked Rs 10 crore for its educational initiatives across platforms.
iii.It is also looking forward to entering into partnerships with key fintech players to set up a research & development (R&D) facility, strengthening the policy conversations through public discourse, working with the government to introduce favourable regulations, education, and ramping up the hiring initiatives.
Points to be noted:
i.Other startups that attained an unicorn status in August 2021 are Bharatpe, MindTickle, and Upgrad.

ii.The company, co-founded in 2018 by its Chief Executive Officer (CEO) Sumit Gupta  and Neeraj Khandelwal and is registered as Primestack Pte. in Singapore.Its Headquarter is Mumbai, Maharashtra. 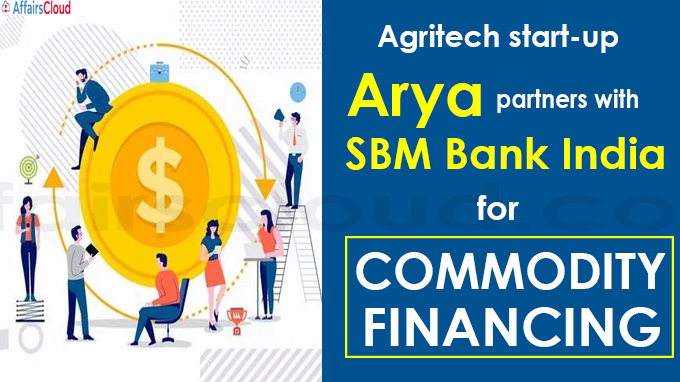 ii.The FPO needs to register on eNAM (National Agriculture Market), the online trading platform for agricultural commodities in India.
iii.The Department of Agriculture and Cooperation, Ministry of Agriculture, has mandated the Small Farmers’ Agribusiness Consortium (SFAC) to support the State Governments for the formation of FPO.
About State Bank of Mauritius-India (SBM Bank India):
In 2018, it became the 1st foreign Bank in India to operate as a new Indian bank. It is a part of the Mauritius-based SBM group.
Headquarters – Mumbai, Maharashtra
MD & CEO – Sidharth Rath 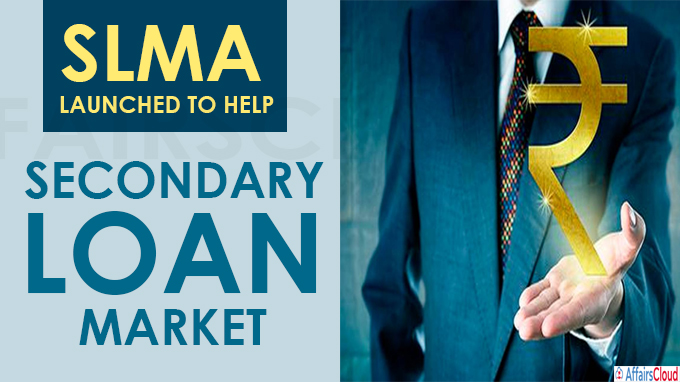 On August 11, 2021, the 10 major banks including State Bank of India (SBI) and ICICI bank formed a Secondary Loan Market Association (SLMA) with an online platform for trading corporate loans in the secondary market.Sanjay Srivastava is the Chairman of SLMA.

About Primary and Secondary market:
i.Primary Market: It is a financial market, in which the new stocks and bonds are sold to the public for the 1st time through different types of issues like IPO (Initial Public Offer).

ii.Secondary Market: It is the market that contains the previously issued financial instruments such as stocks, Equity shares, bonds, preference shares, treasury bills, debentures, etc. from the primary market.

RBI Introduced Scheme to Penalise Banks for Cash Out in ATMs In August 2021, Reserve Bank of India (RBI) introduced a scheme named ‘Scheme of Penalty for non-replenishment of ATMs’ to levy monetary charges/Penalty on Banks & White Label ATM Operators (WLAOs) for cash-out (i.e. the non-availability of cash) in Automated Teller Machines (ATMs) due to non-replenishment of cash. 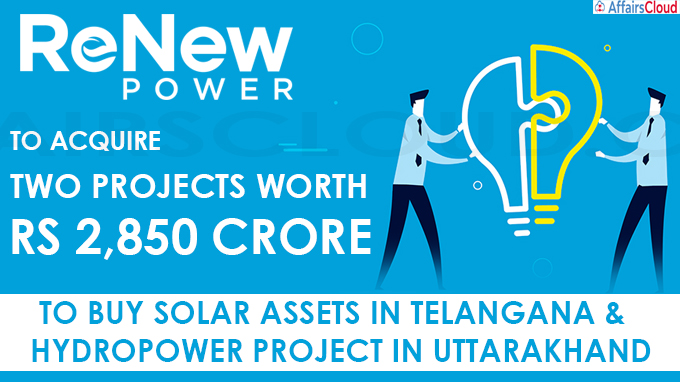 About the hydropower assets:
i.The 99 MW Singoli Bhatwari Hydroelectric Project(SBHEP) was acquired from Larsen and Toubro (L&T) for ~Rs 985 crore.

ii.This acquisition marks the entry of ReNew Power in the Hydropower sector.
iii.The L&T Uttaranchal Hydropower Limited which owns SBHEP will be acquired from the L&T Power Development Limited, a wholly-owned subsidiary of Larsen & Toubro(L&T) India, India’s leading engineering and construction firm.
About Solar power assets:
i.260 MW/330 MWp of operating solar projects in Telangana was acquired from Acme Solar for ~Rs 1,865 crore.
ii.The solar power project in Telangana has a 25-year Power Purchase Agreements (PPA) with Northern Power Distribution Company of Telangana limited(NPDCTL) and Southern Power Distribution Company of Telangana Limited (SPDCTL).
Note:
The acquisition has increased the commissioned and contracted capacity of the company by more than 10 GW.
This is in line with the target to reach 18GW of capacity by 2025.
About ReNew Power Private Limited:
Chairman and Managing Director– Sumant Sinha
Headquarters– Gurugram, Haryana The Appointments Committee of the Cabinet (ACC) has appointed Gajendra Singh, Former Director of GAIL (India) Ltd, and Anjani Kumar Tiwari, Director(Finance) of GAIL (India) Limited as the members of the Petroleum and Natural Gas Regulatory Board (PNGRB), a regulator of downstream activities in the petroleum and natural gas sector. 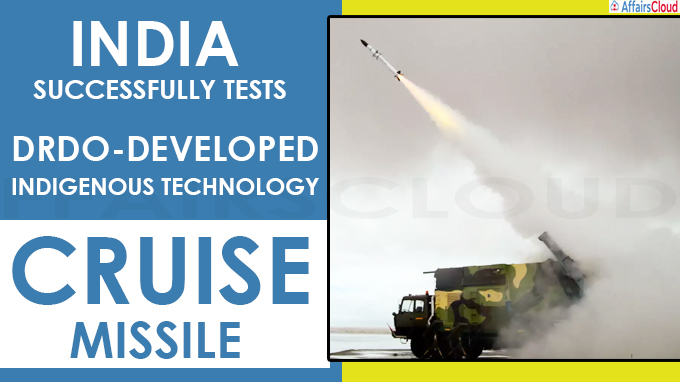 Publisher and Writer Padma Shri Ritu Menon has authored a new book titled “Zohra! A Biography In Four Acts”. The book published by Speaking Tiger Books is a biography of Padma Awardee Zohra Segal, an Indian actress, dancer, and choreographer.
The book provides a better understanding of Zohra Segal and the time she lived in
About Zohra Segal:
i.Zohra Mumtazullah Khan (1912 – 2014) from Saharanpur, Uttar Pradesh, has starred in various Television series and films like Neecha Nagar (1946) Doctor Who(1963), Jewel in the Crown(1984)
ii.She was honoured with Padma Shri (1998) and Padma Vibhushan (2010).
iii.The government of Maharashtra has honoured her with the Kalidas Samman in 2001.
Ritu Menon:
i.Ritu Menon is the co-founder of Kali for Women, a start-up feminist publisher in India and founder of Women Unlimited, an associate of Kali.
ii.The government of India honoured her with the Padma Shri in 2011 for Literature and education.
Books:

Padma Shri Sudha Murty, Chairperson of the Infosys Foundation, has authored a new children’s book titled “How the Earth Got Its Beauty”, a part of the chapter book series for young readers. 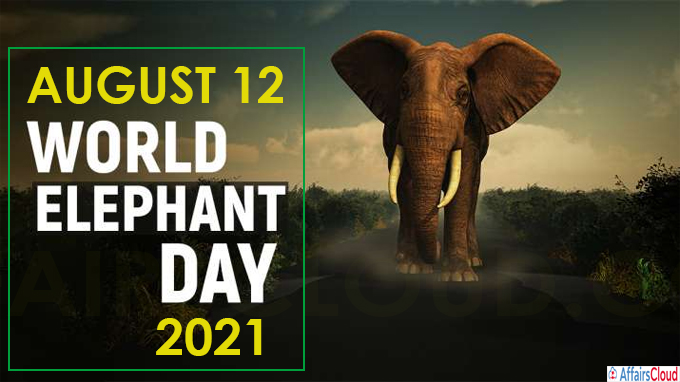 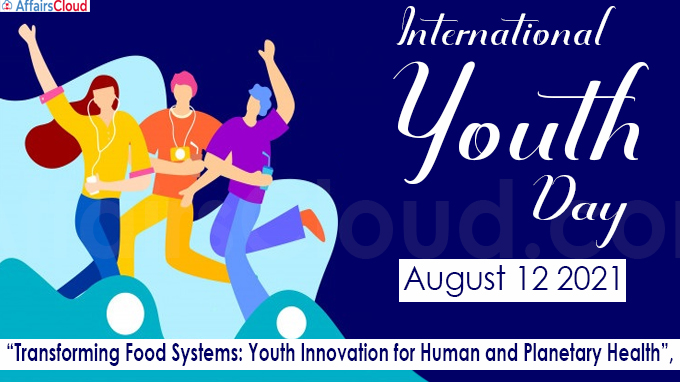 United Nations(UN)’s International Youth Day(IYD) is annually observed across the globe on 12th August to create awareness about the cultural and legal issues surrounding youth and to celebrate the potential of youths as the partners of the global society. 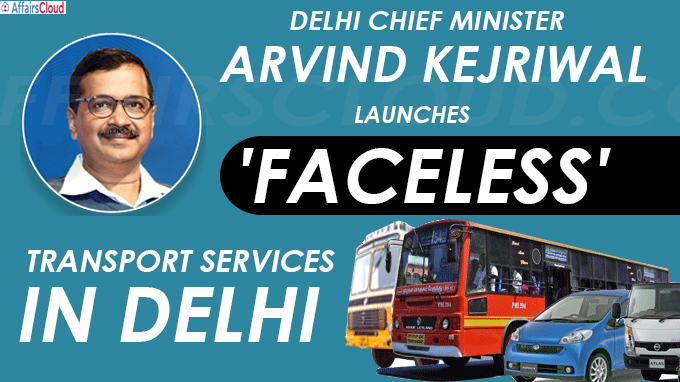 Key Points:
i.This step will curtail the need of visiting a motor licensing office (MLO) and also of mediators, making  it a hassle-free process.

ii.All the faceless applications will be processed within a period of seven days.
iii.As a part of this move, four zonal offices i.e. IP Estate, Sarai Kale Khan, Janakpuri and Vasant Vihar are being closed. The Vahan and Sarathi related work will be looked after by MLOs of South zone, Raja Garden and Dwarka, respectively,

iv.According to standard operating procedure (SOP), the applicants can avail the services online with or without Aadhaar number.
v.There will be no requirement to upload any document.
vi.The Transport department has developed a software through National Informatics Centre (NIC) for integration of hypothecation data of banks with Vahan software for issuance of automatic on-line NOC (No Objection Certificate) by banks.
vii.The Transport department has made arrangements for redressal of grievances through helpline number 1076, official WhatsApp Chatbot and online complaint log at the department’s portal.
List of faceless services:
These include renewal of driving license, transfer of ownership, fresh permit from goods and passenger vehicles, learning licences, duplicate registration certificate, international driving permit, change of address, hypothecation termination, among others.
About New Delhi:
Lieutenant Governor– Anil Baijal
Zoological Park– National Zoological Park
Airport– Indira Gandhi International Airport (IGIA), operated by GMR Group The Chief Minister of Uttar Pradesh, Yogi Adityanath launched the Rashtriya Swasthya Sevak Abhiyan in Lucknow by launching the Health Warrior Portal.  Under the campaign, Health workers will be trained to fight COVID-19.

Maharashtra Announced Rajiv Gandhi Award for excellence in IT Sector

The Government of Maharashtra has introduced the Rajiv Gandhi Award for excellence in IT, named after former Prime Minister(PM) Rajiv Gandhi, to recognise the firms that excel in the Information Technology (IT) Sector in Maharashtra.