We are here for you to provide the important Recent and Latest Current Affairs 11 August 2021, which have unique updates of Latest Current Affairs 2021 events from all newspapers such as The Hindu, The Economic Times, PIB, Times of India, PTI, Indian Express, Business Standard and all Government official websites. 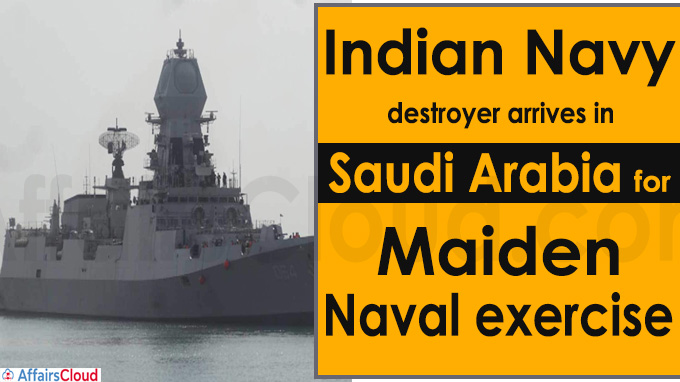 Gurkhas will not be Prosecuted under Citizenship Act, 1955: Assam Cabinet The Assam cabinet has decided to not prosecute any Gurkha member under the Citizenship Act, 1955. All the pending cases relating to Gurkhas will also be withdrawn from the Foreigners Tribunal (FTs). 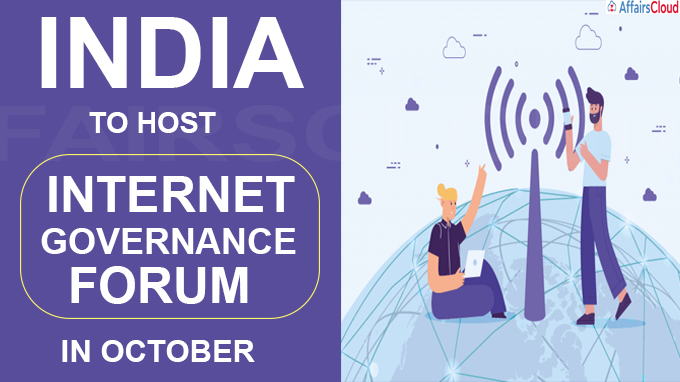 INS Khanjar became the 1st Indian Navy Ship to call at the Heritage Coastal Port of Gopalpur, Odisha. The visit was aimed at enhancing ties & spreading awareness among the local population on coastal security & maritime operations. 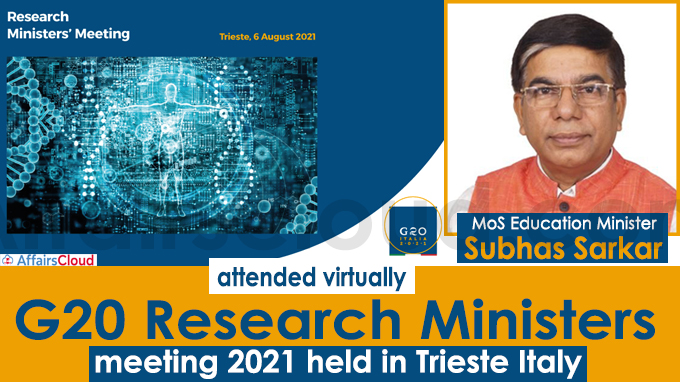 On August 6, 2021, the first official meeting of G20 (Group of Twenty) Research Ministers 2021 was held in hybrid mode from Trieste, Friuli-Venezia Giulia, Italy where India was virtually represented by Minister of State (MoS) Subhas Sarkar, Ministry of Education (MoE).

Focus of Discussion:
The discussion focused on three pillars:
i.How to address the changing nature of skills
ii.How to harness the potential of digital technology whilst upholding ethical principles and values
iii.How to leverage common digital infrastructures to support research collaboration, open science and higher education.
Key Points:
i.The G20 Research Ministers’ Meeting 2021 is one of the ministerial meetings organized as part of the G20 Leaders Summit 2021, which will be hosted by Italy in October 2021.
ii.The Ministers adopted a Joint Declaration on Leveraging Research, Higher Education and Digitalisation for a Strong, Sustainable, Resilient and Inclusive Recovery. Click here for full Declaration
Indian Government efforts in Education Sector:
i.India’s National Education Policy, 2020, seeks to strengthen the research ecosystem by establishing a National Research Foundation.
ii.National Education Technology Forum, as an umbrella body was launched for the maximization of technology in the education sector.
iii.India is supporting the collective efforts of the G-20 countries in building a resilient education system.
iv.India also introduced AI (Artificial Intelligence) in the school curriculum from grade 6 onwards and also started engineering courses in regional languages. 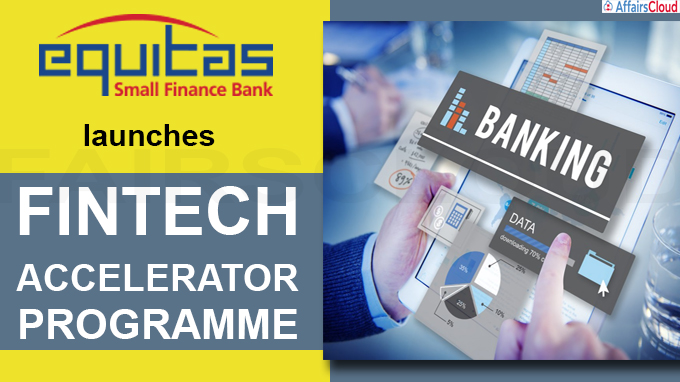 India Insurtech Association (IIA) signed a Memorandum of Understanding (MoU) with International Financial Services Centre (IFSC) at GIFT (Gujarat International Finance Tec) City, (GIFT-IFSC) to promote fintech for Indian and foreign insurance companies.
Objective – The association will promote new digital business models, build collaboration between start-ups and all the other participants of the insurance industry.
Initiatives under the MoU:
i.Events, information series, seminars, and conferences will be organised under the partnership to create awareness about GIFT IFSC.

ii.International firms will be offered world-class infrastructure and facilities to conduct their business in India.
iii.IIA will support both Indian and global financial organisations, re-insurance and insurtech participants to benefit from the regulatory sandbox initiatives at GIFT City.
iv.IIA will also work with the GIFT – Special Economic Zone (SEZ) and highlight India’s international financial services potential.
About GIFT City:
GIFT IFSC is the 1st IFSC formed in India and currently, it is the only IFSC in the country.
Headquarters – Gandhinagar, Gujarat
MD & CEO – Tapan Ray 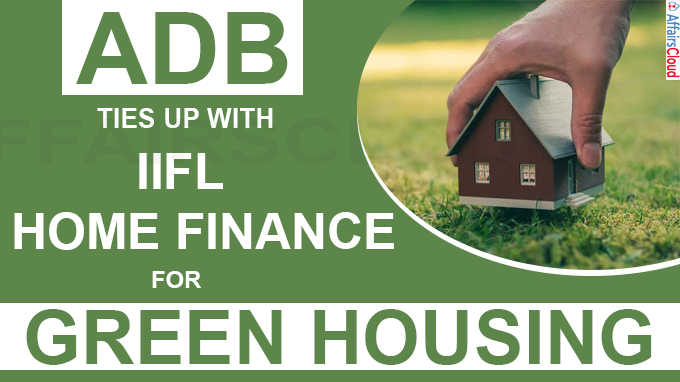 Key Points:
i.It should be noted that home designs that are sensitive to climate requirements consume less energy in the form of air conditioning. Also with this the contribution of buildings towards carbon emission will be reduced which is currently at 35%.
ii.There will be improvement in the waste disposal system and recycling of water through rainwater harvesting
iii.The Indian government had earlier set a goal of constructing 50 million houses by 2022 underneath its Housing for All initiative, with 60% of it being proposed within the rural areas. It has now scaled down to 32.6 million by 2022 with 21.4 million in rural areas. IDFC FIRST Bank signed a Memorandum of Understanding (MoU) with the Indian Navy to offer the special defence savings account named ‘Honour FIRST’ for the serving personnel and veterans of the Indian Navy. About NSE International Exchange (NSE IFSC) Ltd:
The NSE IFSC, which is situated in GIFT-City was launched as a global trading platform to offering easy access for foreign investors to make all transactions in US dollars.
Establishment –  2016
Headquarters – Gandhinagar, Gujarat
>>Read Full News 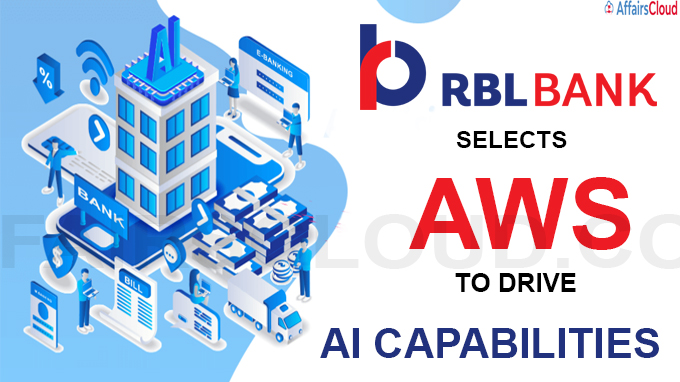 HCL Became the Fourth-largest IT company by M-Cap in India; TCS Tops 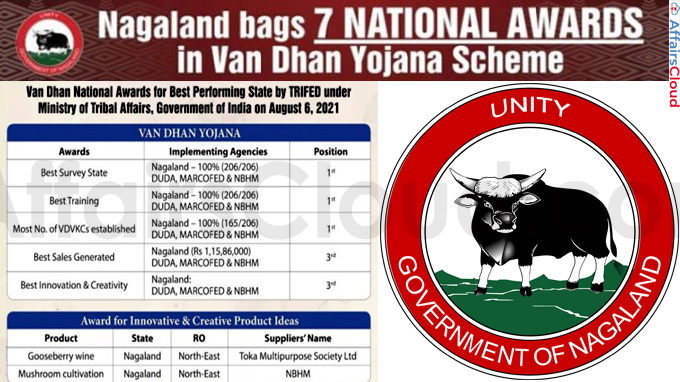 Nagaland has won 7 Van Dhan Awards 2020-2021 for its outstanding performance in various categories. The state topped in 3 categories, Best Survey State, Best Training State and the most number of Van Dhan Vikas Clusters(VDVKCs).
The awards were announced by Arjun Munda, Union Minister of Tribal Affairs, during the 34th Foundation day of the Tribal Cooperative Marketing Development Federation of India (TRIFED). 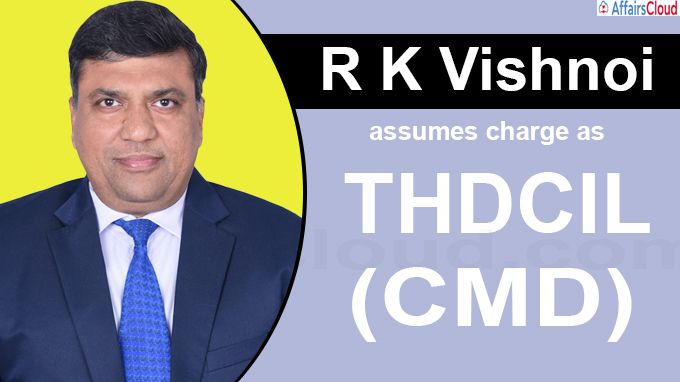 RK Vishnoi assumed the charge as the Chairman and Managing Director (CMD) of THDC India Limited(THDCIL), with immediate effect. He succeeds Vijay Goel who held the additional changes of CMD since May 2021.

About RK Vishnoi:
i.RK Vishnoi has been working in THDCIL since 1989 and has served in various capacities. He became a general manager in 2013 and was later elevated as the Executive Director in 2016.
ii.He has contributed as a member of the World Bank Expert Group to discuss various issues and constitute guidelines in respect of contracts during various interactions with the World Bank.
iii.He represents India in the International Commission on Large Dams for the Technical Committee on Seismic Safety of Dams.
About THDC India Limited(THDCIL):
CMD– RK Vishnoi
Headquarters– Rishikesh, Uttarakhand
THDCIL was registered as a Public Limited Company in July 1988. Manan Bhatt a veteran of the Indian Navy, has authored a new book titled “Balakot Air Strike: How India Avenged Pulwama”. The book published by Garuda Prakashan provides a detailed account of the Pulwama terror attack in the Kashmir Valley and the subsequent Balakot Air-Strike.

Pulwama Terror Attack:
i.On 14th February 2019, a Jaish suicide bomber attacked the CRPF vehicle at Pulwama, Jammu & Kashmir of which around 40 personnel were martyred.
ii.The responsibility for the attack was claimed by Pakistan based terror group Jaish-e-Mohammed.
Balakot Air-Strike:
12 days after the Pulwama attack, on 26th February 2021, the Balakot air strike piloted 12 Mirage 2000 fighter jets that violated the Line of Control (LoC) in the Muzaffarabad sector and attacked the Jaish-e-Mohammed (JeM) terror camp in Balakot, Pakistan.
About Manan Bhatt:
i.Manan Bhatt from Rajkot, Gujarat, has served onboard Frigates and Corvettes during his 15 years of service in the Indian Navy.
ii.He has served in Operation Talwar, during the Kargil War and Operation Parakram.
iii.He also served at the integrated headquarters of Defence and Defence Research and Organisation. 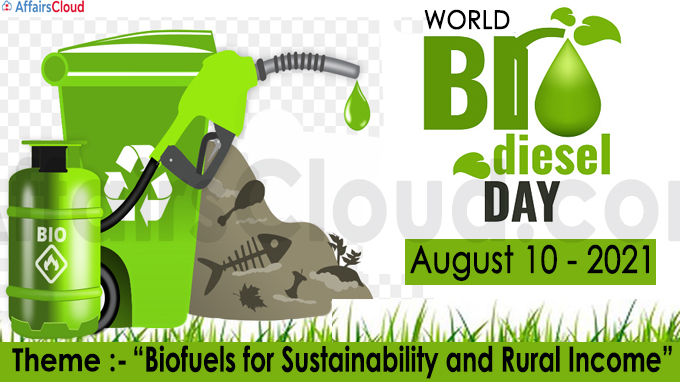 World Biofuel Day is annually observed across the globe on 10th August to create awareness about the importance and significance of non-fossil fuels as a substitute for conventional fossil fuels.
Biofuels are renewable, biodegradable and sustainable sources of energy that can reduce the dependency on fossil fuels and promote clean energy.
World Biofuel Day in India:
i.World Biofuel Day has been observed by the Ministry of Petroleum and Natural Gas(MoPNG), Government of India since 2015.
ii.The day highlights the endeavours of the government in the biofuel sector.
iii.The oil and gas companies under the aegis of MoPNG, celebrate World Biofuel day with the theme “Biofuels for Sustainability and Rural Income”.
Background:
i.The World Biofuel day honours Sir Rudolf Christian Karl Diesel, inventor of the diesel engine, who successfully operated the mechanical engine with peanut oil on 9th August 1893.
ii.With that invention, Rudolf was able to predict the possibility of replacing the crude oil with vegetable oil.
About Ministry of Petroleum and Natural Gas(MoPNG):
Union Minister– Hardeep Singh Puri (Rajya Sabha – Uttar Pradesh)
Minister of State– Rameswar Teli (Constituency- Dibrugarh, Assam)
>>Read Full News World Lion Day is annually observed across the globe on 10th August to create awareness about the Lions(Panthera leo), and to educate people about the challenges faced in the conservation and protection of lions.
The idea of World Lion Day was initiated by wildlife filmmakers Dereck and Beverly Joubert, the co-founders of  National Geographic Society’s Big Cats Initiative.
i.At present, the lions are found in Africa, south of the Sahara desert and in Gir National Park in Gujarat, India.
ii.Tanzania has the highest number of Lions with 8176, followed by South Africa with 2,070 lions, Kenya with 1,825, while Zimbabwe has 1,709.
iii.Gir National Park and Wildlife Sanctuary is the only abode of the Asiatic lion.
>>Read Full News