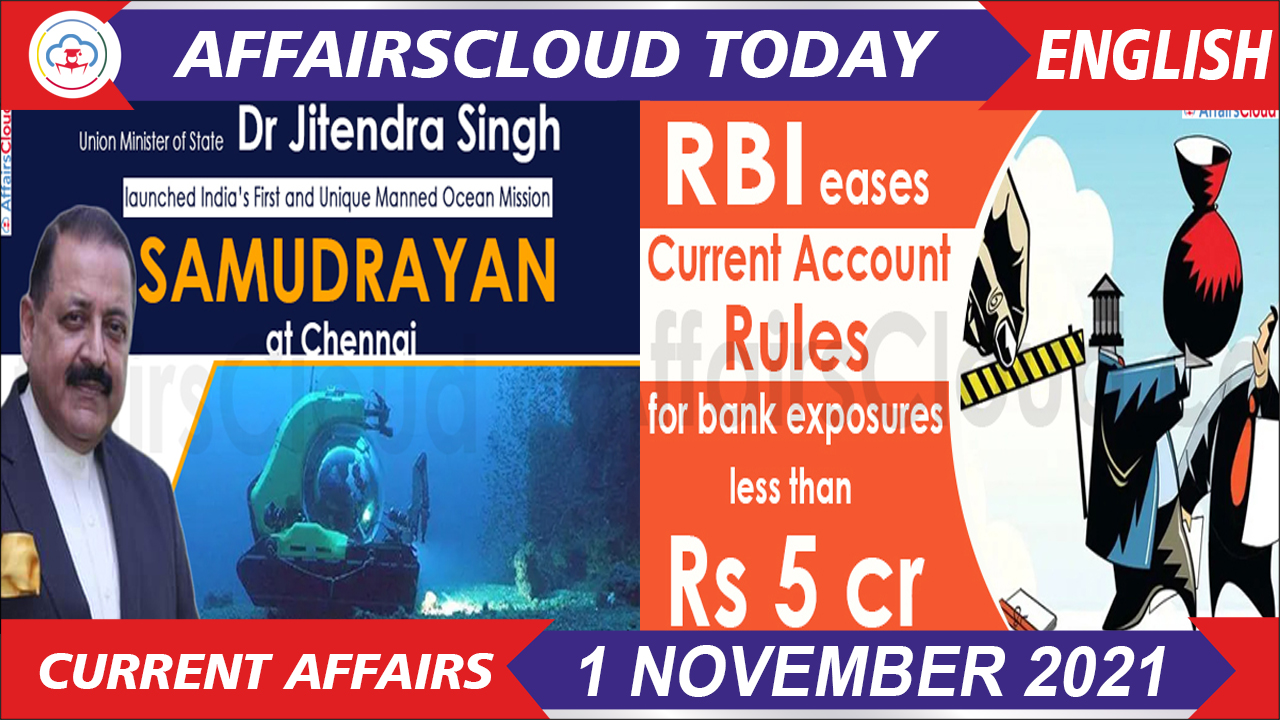 We are here for you to provide the important Recent and Latest Current Affairs 1 November 2021, which have unique updates of Latest Current Affairs 2021 events from all newspapers such as The Hindu, The Economic Times, PIB, Times of India, PTI, Indian Express, Business Standard and all Government official websites. On October 28, 2021, the 13th Meeting of Heads of National Statistical Offices (NSO) of BRICS (Brazil, Russia, India, China, South Africa) Countries was held virtually under the Chairship of India. Union Defence Minister Rajnath Singh addressed the “Indo-Pacific Regional Dialogue” (IPRD) 2021, where he highlighted the importance of protecting the maritime interest of countries & maintaining a rule-based maritime system as per the United Nations Convention on the Law of Seas (UNCLOS), 1982.
i.2021’s IPRD was held under the theme “Evolution in Maritime Strategy during the 21st Century: Imperatives, Challenges and Way Ahead”, in a virtual format between 27th -29th October 2021.
ii.Minister discussed on the potential of maritime trade & the challenges faced (Terrorism, piracy, drug trafficing) amonst the countries.
iii. Under IPRD 2021, Panel discussions were conducted on 8 specific sub-themes: 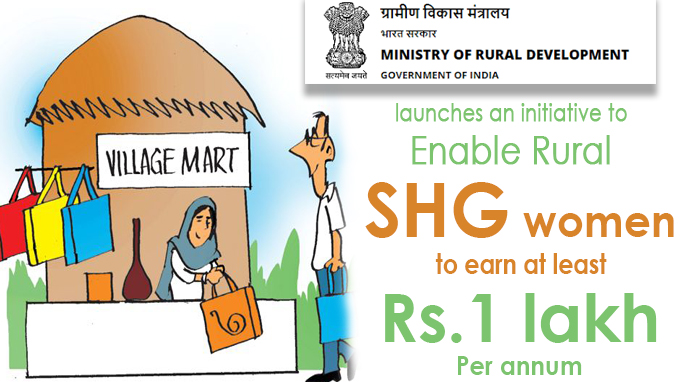 The Ministry of Rural Development (MoRD) has launched an initiative to enable rural SHG (Self Help Group) women to Lakhpati and take women to the higher economic order by earning at least Rs.1 lakh per annum.

Stakeholders Consultation Workshop:
i.The workshop was held with the States, BMGF (Bill & Melinda Gates Foundation) and TRIF (Transformation Rural India Foundation) in order to make rural women sustain an annual income of INR 1 Lakh.
ii.The importance of well-planned interventions to expand livelihood activities at the household level from Agriculture and allied, Livestock, NTFP (Non-timber Forest Products) and other interventions through convergence were highlighted in the workshop.
DeenDayal Antyodaya Yojana-National Rural Livelihood Mission(DAY-NRLM):
i.It is a flagship scheme of the MoRD where rural poor women will be guided with capacity building programmes to enable them towards higher-order economic activities
ii.The mission has made successful strides through the “Mahila Kisan Sashaktikaran Pariyojana” (MKSP) bringing focus on the role of women as farmers. Ramky Enviro  Engineers Limited (REEL) has inaugurated one of the world’s first and India’s largest landfill gas-to-compressed biogas plant at the Hyderabad Integrated Municipal Solid Waste (HiMSW) site,  Telangana.
The end (Biogas) product of the plant will be sold to  Bhagyanagar Gas Limited (BGL).
Main focus:
The project will focus on the conversation of landfill gas into compressed biogas as an automotive fuel.
Key points
i.The project manages approximately 6 million tonnes per annum of municipal solid waste in 21 cities spread across India and over 1 million tonnes per annum of industrial hazardous waste.
Ii.The project will provide significant benefits such as carbon sequestration and reduced emissions of GHGs (GreenHouse Gases)  into the environment and contribute to the greening of the automotive industry.
iii.REEL offers environmental services and infrastructure solutions under various categories such as waste management, waste to energy, recycling and environment solutions such as remediation.
About Ramky Enviro  Engineers Limited (REEL)
Chairman: B.S Shantharaju
MD & CEO: Goutham Reddy
Headquarters: Hyderabad, Telangana 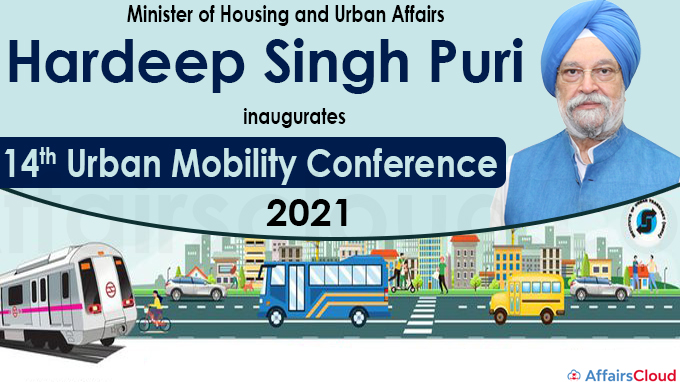 Union Minister of Housing & Urban Affairs and Ministry of Petroleum and Natural Gas Hardeep Singh Puri virtually inaugurated the 14th Edition of Urban Mobility India (UMI) Conference 2021 with the theme of “Mobility for All”  for achieving the 2030 Agenda for Sustainable Development Goals (SDG). 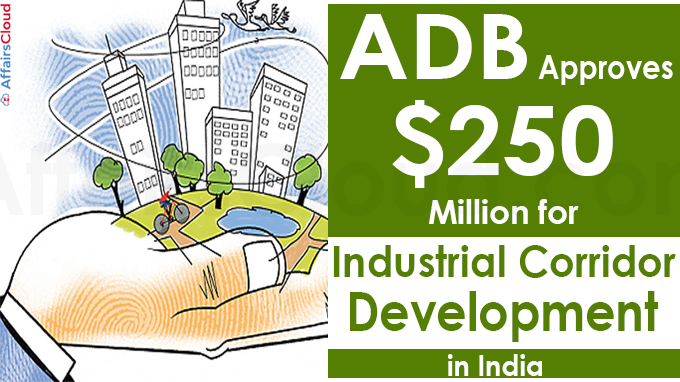 The Asian Development Bank (ADB) approved the 250 million USD (~Rs 1873 crore) loan to support the National Industrial Corridor Development Program (NICDP) of India.
This is the first subprogram of the programmatic USD 500 million loan to develop 11 industrial corridors across 17 states. On account of the feedback received from the Indian Banks’ Association (IBA), the Reserve Bank of India (RBI) has eased the Current Account (CA) rules for bank exposures less than Rs 5 crore and allowed borrowers to open CAs, Cash Credit (CC) and OverDraft (OD) from the banking system under certain provisions.
Key Provisions:
i.Bank Exposure less than Rs 5 Crore:

iii.The bank having that are the highest exposure is enabled to open CAs when no lender has at least 10 per cent exposure to the borrower.
iv.Non-lending banks are not permitted to open CAs.
About OverDraft(OD):
i.It is a credit facility that will be provided by banks to allow customers to use or withdraw money from their savings or current account even when there is no balance or minimum balance up to the approved limit.
ii.OD will work like an approved loan but the banks will charge interest only on the utilized amount for the time when it is used.
>>Read Full News 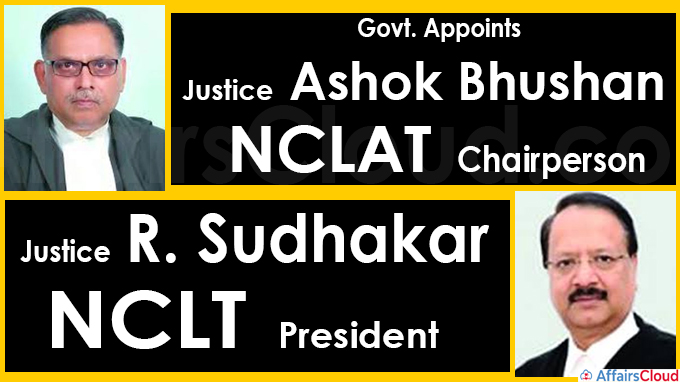 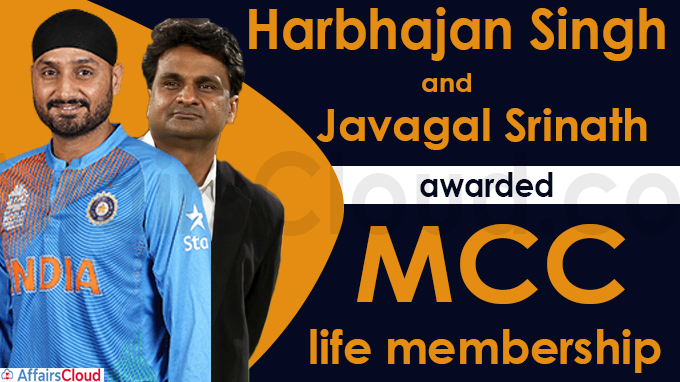 In October 2021, the Marylebone Cricket Club (MCC) released the list of 18 Cricketers who were selected for the MCC awards Honorary Life Membership of the Club. The list witnessed the names of 2 former Indian cricketers – Harbhajan Singh and Javagal Srinath.
i.MCC gives the privilege of Honorary Lifetime membership to some of the finest cricketers across the world.
ii.This year’s list saw the names of 18 players, including 16 Male & 2 Female players (arah Taylor & Sara McGlashan)
The 18 players present in this year’s list where from 8 of the 12 Test playing countries: 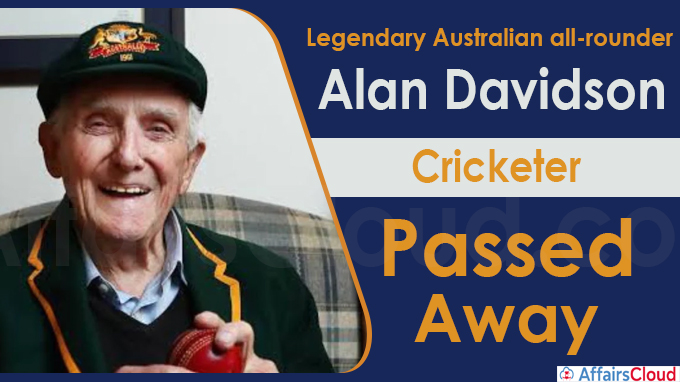 The Australian all-rounder cricketer Alan Keith Davidson passed away at the age of 92. He was the first player to score 100 runs and take 10 wickets in a single Test match. 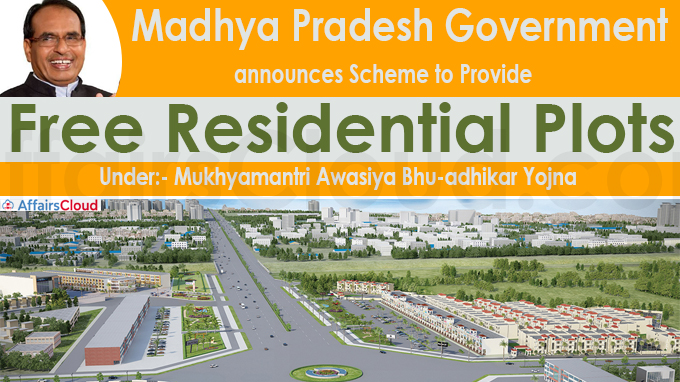 Under Mukhyamantri Awasiya Bhu-dhikar Yojana, Madhya Pradesh government will provide plots of land to families who do not have land to build their homes.

Objective – To ensure that every family has the right to a dignified life with basic necessities.
Guidelines for allotment of plots
i.Family should consist of a married couple and their unmarried children, and families living in a particular village are eligible.
ii.For residential plot, the application must be submitted through online SAARA Portal
iii.The eligible applications will be given ownership rights in joint names of husband and wife
Features
i.The scheme provides residential plots to the eligible families on Abadi land  in each Gram Panchayat.
ii.The maximum area of the residential plot will be 60 sq.
iii.The village-wise list of eligible families under the scheme will be published for the purpose of inviting objections and suggestions from the concerned villagers.
iv.The objections and suggestions are invited in less than 10 days.
About Madhya Pradesh
Chief Minister – Shivraj Singh Chouhan
Wildlife sanctuaries – Ghatigaon wildlife sanctuary, Karera Wildlife Sanctuary, Ken Gharial wildlife sanctuary.
Tiger Reserve – Screw Tiger reserve, Sanjay Tiger Reserve, Satpura Tiger Reserve.