We are here for you to provide the important Recent and Latest Current Affairs 1 December 2021, which have unique updates of Latest Current Affairs 2021 events from all newspapers such as The Hindu, The Economic Times, PIB, Times of India, PTI, Indian Express, Business Standard and all Government official websites. i.On November 29, 2021, National Institution for Transforming India (NITI) Aayog released a report on Online Dispute Resolution (ODR) namely ‘Designing the Future of Dispute Resolution- the ODR Policy Plan for India’ which states a futuristic model for speedy  access to justice. Click here for Official Report
ii.For the initiation of ODR, NITI Aayog constituted a committee in 2020 to formulate an action plan for ODR. It is headed by Justice (Retd) Arjan Kumar Sikri as its Chairman.
iii.ODR is aimed at resolving disputes outside of the court system through arbitration, mediation, and negotiation. Mainly, it is the use of technology to resolve disputes.
About NITI (National Institution for Transforming India) Aayog:
Established– 2015
Chairperson– Prime Minister of India (Currently- Narendra Modi)
Headquarters– New Delhi
>>Read Full News 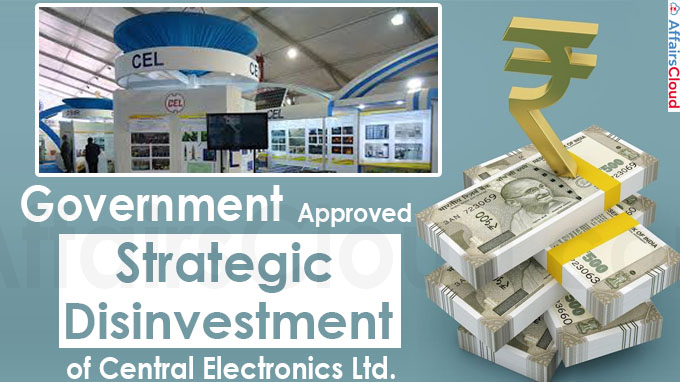 i.On November 29, 2021, Over Rs 210 Crore bid by Nandal Finance and Leasing Pvt. Ltd received an approval from ministerial panel namely ‘Alternative Mechanism’ to acquire 100% equity shareholding of Government of India (GoI) in Central Electronics Ltd (CEL).
ii.CEL is a CPSE (Central Public Sector Enterprises) under the Department of Scientific and Industrial Research (DSIR).
iii.This is the second strategic stake sale by GoI after Air India.
iv.Incorporated in 1996, Nandal Finance and Leasing Pvt Ltd is based in New Delhi, Delhi.
What is Alternative Mechanism?
Initiated in 2017 after Cabinet Committee on Economic Affairs (CCEA) approval, it is a framework to speed up and supervise the mergers of CPSEs, minority stake sales, and the Centre’s new exchange traded fund.
>>Read Full News 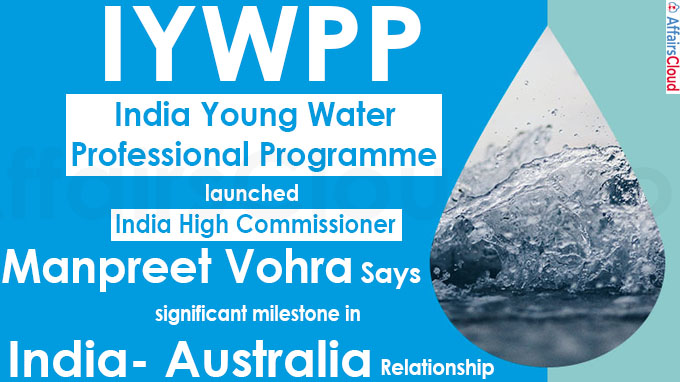 The 1st edition of the India Young Water Professional Program (IYWPP) launched virtually to provide a structured platform for capacity building with strategic and long-term investment to support the water management reforms in India.

About the Program:
i.A total of 20 participants (10 men and 10 women) have been selected for the 1st edition of this Programme from central and state implementing agencies of the National Hydrology Project.
ii.About 70 percent  of the program is focused on project based learning through Situation Understanding and Improvement Projects (SUIP).
iii.IYWPP will equip water professionals with the necessary skills, knowledge, behaviours and networks to enable them to contribute to the development and management of water resources in India.
iv.Australia is a valued partner for India in the field of water resources and the launch of IYWPP marks a significant milestone in Australia-India Water relationship.
v.Based on the success of this edition, a second phase of YWP will be planned in the second half of 2022.
vi.Participants: 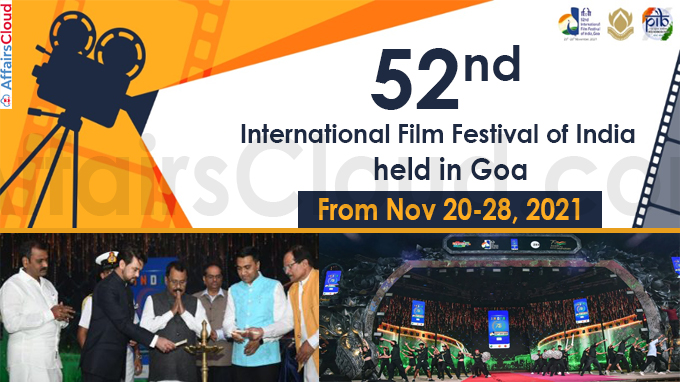 52nd edition of the Asia’s oldest and largest film festival, International Film Festival of India (IFFI), held in Goa from November 20 to 28, 2021 in hybrid mode to showcase the excellence of film art and filmmakers from all over the world while boosting creativity and cultural exchange. 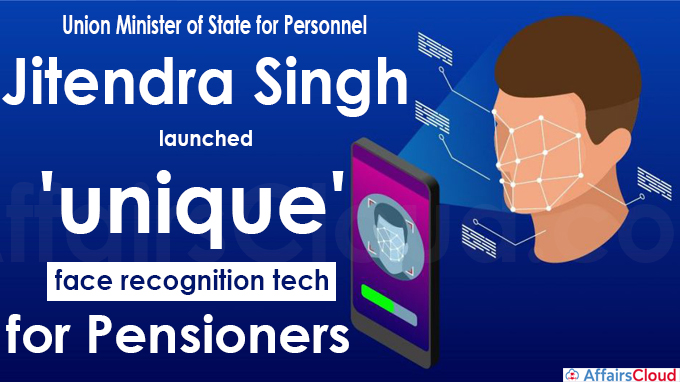 On 29 November 2021,the Union Minister of State for Personnel,Public Grievances and Pensions, Dr. Jitendra Singh launched a “Unique” face recognition technology for all  pensioners in the country. It will work as a  proof of ‘life certificate’ for pensioners.

Process:
i.The integration facility has been created with ‘Bhavishya’ software. Bhavishya will provide an option to retiring employees, to link their Digi-locker account with their “Bhavishya” account and obtain their e-PPO in a seamless manner.

On November 29, 2021, the Reserve Bank of India (RBI) superseded the Board of Directors of Reliance Capital Ltd (RCL), a Non-Banking Financial Company (NBFC), by exercising its power conferred under Section 45-IE (1) of the RBI Act, 1934. RCL is promoted by Anil Dhirubhai Ambani’s Reliance Group.

Key Points:
i.Soon, RBI will initiate bankruptcy proceedings against RCL under the Insolvency and Bankruptcy (Insolvency and Liquidation Proceedings of Financial Service Providers and Application to Adjudicating Authority) Rules, 2019.
ii.Reserve Bank will also apply to the National Company Law Tribunal (NCLT), Mumbai (Maharashtra) for appointing the Administrator as the Insolvency Resolution Professional.
iii.As on October 31, 2021 RCL owes Rs 21,781.01 crore, including interest, to lenders. 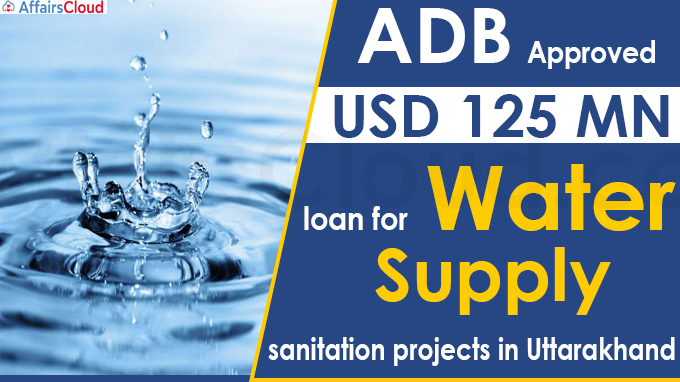 On 29th November 2021, The Asian Development Bank (ADB) approved a loan of $125 million (around Rs 938 crore) for water supply and sanitation projects in Uttarakhand. 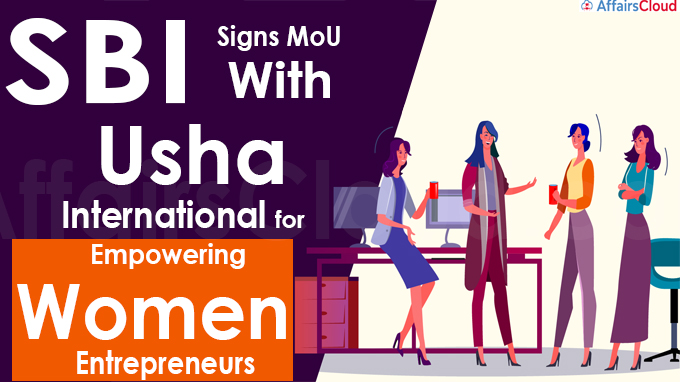 Key Points:
i.This is the first of its kind collaboration between UIL and SBI for the upliftment of the social and economic status of women in rural areas. 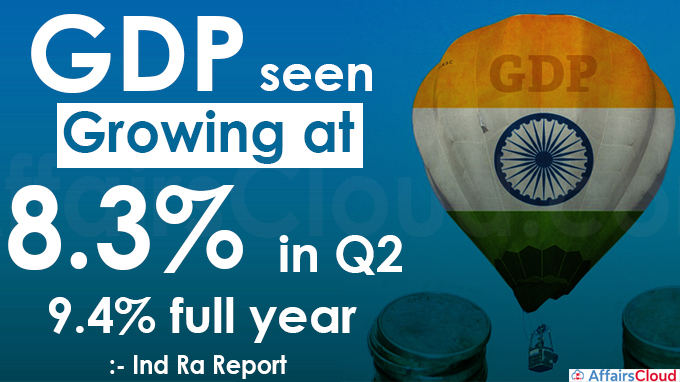 The rating agency, India Ratings and Research (Ind-Ra) expects India’s Gross Domestic Product (GDP) in the Second Quarter of Financial Year-2022 (Q2 FY22) at 8.3 percent and in FY22 at 9.4 percent.

Highlights:
The agency has attributed the higher growth to the nine consecutive quarters of over 3 percent agriculture growth and has brightened consumer spending in private final consumption expenditure.
Expectation and Findings of Ind-Ra:
i.Mobility started improving in Q2 FY22 due to the extensive vaccination programme of
the government and was only 7 percent lower year-on-year than the baseline at the end of Q2 FY22.
ii.The agency expects the fixed capital formation to grow at around 8.5 percent in Q2 FY22 as the government supports investment activities on infrastructure.
iii.The aggregate capex of 24 states has dropped to 62.2 percent in Q2 FY22 massively down from 98.4 percent in Q1 FY22.
iv.The reforms like a production-linked incentive scheme and sustained export growth will boost the ongoing growth recovery.
About India Ratings and Research (Ind-Ra)
Chairman, Managing Director(MD) & CEO – Rohit Karan Sawhney
Headquarters – Mumbai, Maharashtra

On 29th November 2021, Online bus ticketing platform redBus has collaborated with Indian Railway Catering & Tourism Corporation (IRCTC) to launch ‘redRail’, a rail ticket booking service that can be accessed through the redBus mobile app.
Services:
i.The Android app users of redBus will now be able to make reservations for bus as well as rail travel now within the same app.
ii.Soon the service will also be available on desktop, mobweb and iOS phones.
iii.As an introductory offer, redRail will not levy any service fee or payment gateway charges
Key Highlights:
i.All of IRCTC’s scheduled train services, which includes over 9 million daily seats, will be available for booking through ‘redRail’on the redBus app
ii.‘redRail’ offers a superior booking experience to customers with a customer support system, from the time of booking the train tickets, till the time of boarding.
iii.This also includes instant refunds on cancellations and customer support in five regional languages.
About redBus:
CEO – Prakash Sangam
Established – 2006
Headquarters – Benguluru, Karnataka
About IRCTC:
Chairman & Managing Director – Rajni Hasija
Headquarters – New Delhi, Delhi 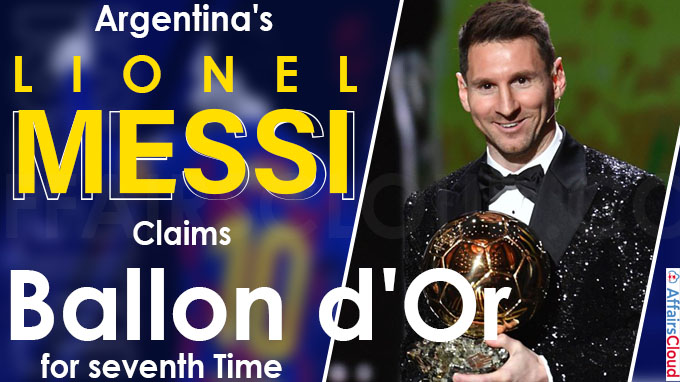 Other Winners:
i.Italy and PSG goalkeeper Gianluigi Donnarumma has won the 2021 Yashin Trophy for the best goalkeeper.
ii.Bayern Munich and Poland striker Robert Lewandowski won the Striker of the Year award 2021.
iii.19-year-old Pedro González López, known as Pedri, of Spain won the Kopa trophy which is presented to the best male player age 21 or under.
iv.Chelsea FC won the 2021 Club of the Year at the Ballon d’Or awards ceremony.
>>Read Full News

Indian-American Parag Agrawal Takes Over as CEO of Twitter; Jack Dorsey Stepped Down 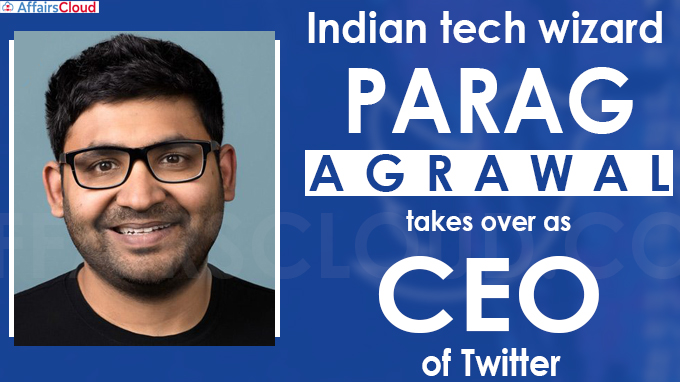 The board of directors of Twitter has decided to appoint Indian American, Parag Agrawal, the Chief Technology Officer(CTO) of Twitter, as the new Chief Executive officer(CEO) of Twitter.
He was appointed following the resignation of Jack Dorsey, the co-founder of Twitter, from the post of CEO.

About Parag Agrawal:
i.Parag Agrawal is an alumnus of the Indian Institute of Technology, Bombay and Stanford University.
ii.He joined Twitter in 2011 as a software engineer and has been serving as the CTO since October 2017.
About Jack Dorsey:
i.Jack Dorsey the co-founder of Twitter is also the CEO and Co-Founder, Square, a digital payments company.
ii.Jack Dorsey will remain a member of the board of Twitter till 2022.
iii.He has served as the CEO of Twitter from 2006 to 2008, and again from 2015 to 2021.
About Twitter, Inc.:
CEO– Parag Agrawal
Headquarters– San Francisco, California, United States
Founded in 2006 About Magdalena Andersson:
i.Magdalena Andersson was born on 23 January 1967. She is a 54 year old Swedish politician and economist serving as the PM from the Social Democratic Party or SDP.
ii.She began her political career as a political adviser to then PM Goran Persson in 1996 and then as Director of Planning.
iii.In 2004 she  began to work in the Ministry of Finance as State Secretary.
iv.She became the head of the SDP on November 4, 2021. She is the second woman leader of the SDP.
About Sweden:
i.It is among the five Nordic countries – Sweden, Norway, Finland, Iceland and Denmark.
ii.It is a member of the Arctic Council that comprises eight countries- Canada,Denmark,Finland, Iceland, Norway, Russia, Sweden,and the United States.
Capital- Stockholm
Currency-Swedish krona 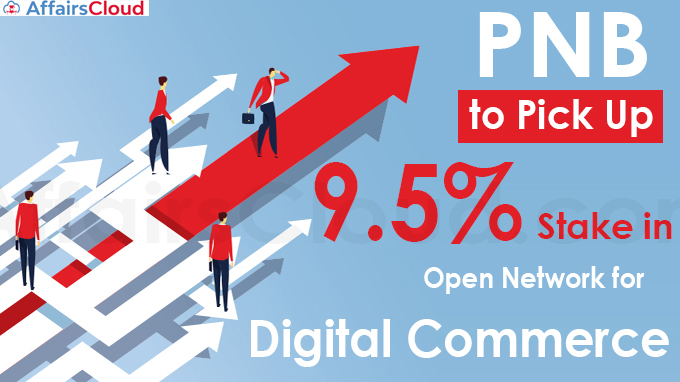 The Punjab National Bank (PNB) will become the promoter of Open Network for Digital Commerce (ONDC) limited by investing over 9 % (~9.5 %) stake in the company.

Highlights:
i.For the acquisition of  less than 10 % shareholding, regulatory approval is not required. PNB will have 9.5 % equity capital in the ONDC or INR  25 crore, whichever is lower.
ii.ONDC is an  infrastructure development private company which facilitates e-commerce to all marketplace players.
iii.ONDC will develop a platform in the form of an open network for digital commerce. In this platform buyers can sell their entities without registering themselves.
About Punjab National Bank (PNB):
MD & CEO– S. S. Mallikarjuna Rao
Headquarters-New Delhi
Founded-1894 (Commenced Operation on -1895)
Tagline- The Name You Can Bank Upon On 27 November 2021, China launched a new communications satellite named Zhongxing-1D from the Xichang Satellite Launch Centre in Sichuan Province, China.Zhongxing-1D is also known as ChinaSat-1D.
Key points:
i.The satellite was launched by a Long March-3B carrier rocket and entered the planned orbit successfully. This rocket is regarded as the mainstay of the Chinese space programme since 1970. 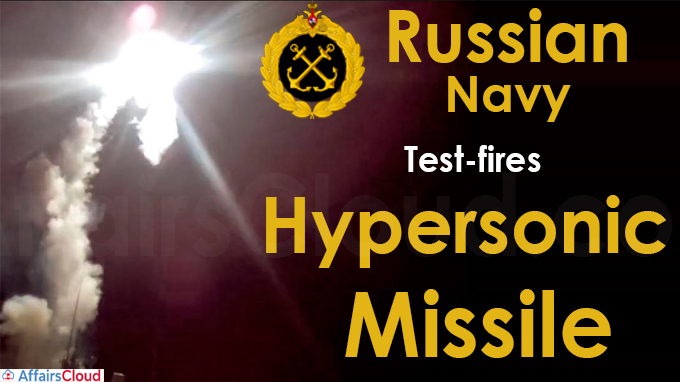 On 29th November 2021, The Russian navy successfully test fired the Tsirkon/Zircon cruise missile, a hypersonic missile, in the White sea, a southern inlet of the Barents Sea, northwest coast of Russia.
The Admiral Gorshkov frigate launched the Zircon cruise missile which striked the practice target at 400 kilometers (215 nautical miles) away.

About Zircon:
i.Zircon, a anti-ship hypersonic cruise missile, is one of several hypersonic missiles under development in Russia.
ii.It is capable of flying at nine times the speed of sound and have a range of 1,000 kilometers (620 miles).
iii.This will boost the capability of Russia’s military.
iv.Russia is planning to arm the Russian cruisers, frigates and submarines with Zircon. 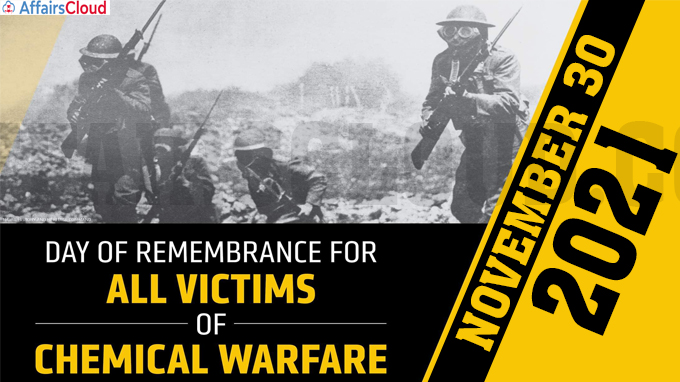 United Nations(UN)’s Day of Remembrance for all Victims of Chemical Warfare is annually observed across the globe on November 30th as a tribute to the victims who lost their lives or suffered due to chemical warfare.
The day also reaffirms the commitment of the Organisation for the Prohibition of Chemical Weapons (OPCW) to eliminate the threat of chemical weapons and promote peace, security, and multilateralism. 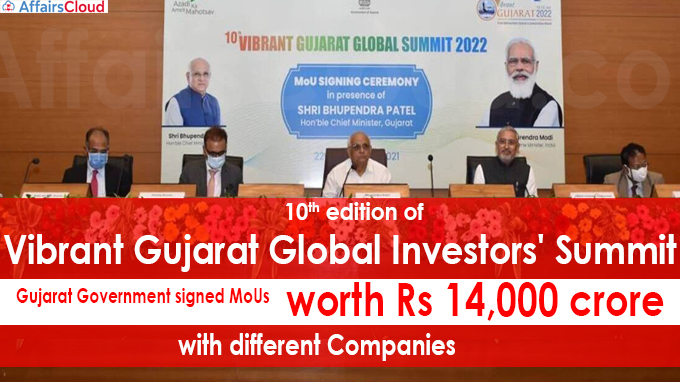 On 29th November 2021, the Government of Gujarat has signed 12 Memorandums of Understanding (MoUs) committing an investment of around Rs 14003 crore in the presence of Gujarat Chief Minister(CM) Bhupendra Patel in Gandhinagar, Gujarat.
The MoUs are signed as a precursor to the 10th edition of the Vibrant Gujarat Global Summit(VGGS) 2022.

Aim:
To enable all the citizens, especially those who are under stress, to get in touch with the police.
Features:
i.The mobile app is available for android users and soon it will be made available for iOS users.
ii.The app will enable the users to search and find police officers, police station details with an interactive map besides other features like alerts and emergency numbers.
About Nagaland:
Chief Minister(CM)– Neiphiu Rio
Airport– Dimapur Airport
Bird Sanctuary- Ghosu Bird Sanctuary