India is in talks with Russia for a wider range of cooperation in the space sector to supply semi-cryogenic engine technology and critical components for India’s first human space mission Gaganyaan for the year 2021. 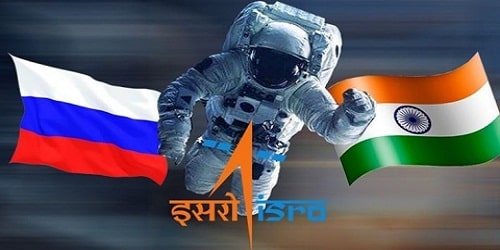 Key points
India and Russia are expected to negotiate the contracts for the Supply of crew seats, windows and spacesuits, crew rescue system, aerodynamic tests for the 2021 Gaganyaan mission.
i. Meet in September:
According toRoscosmos (Russian state run space corporation), a top level meeting between Russia and India regarding the mission cooperation is likely to be held during the 5th Eastern Economic Forum(EEF) from September 4-6 in Vladivostok, Russia.
ii. Other discussions:
After a meeting between Roscomos Director General(DG) Dmitry Rogozin and India’s National Security Advisor(NSA) Ajit Doval in Moscow on August 21, the following sections are to be discussed in the EEF.They are,

iii. Training:
As per a contract signed on June 27 this year between Indian Space Research Organisation (ISRO) and Russian space agency Glavkosmos(part of Roscosmos),  4 Indians are to be trained at the Yuri Gagarin Cosmonaut Centre.
iv. Glavkosmos work: it will help ISRO to select, test, train and qualify Indian astronauts at the Yuri Gagarin centre and the state-run Institute of Medical and Biological Problems.