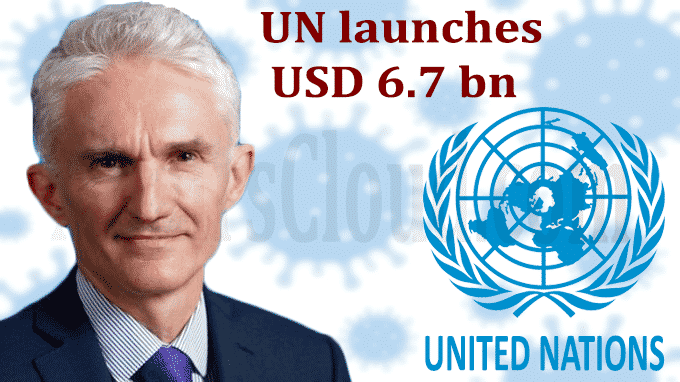 On May 08, 2020, In the fight against the Coronavirus (COVID-19) epidemic, the United Nations (UN) and its partner agencies have appealed to governments, companies and billionaires to donate $ 6.7 billion in funds for essentials within vulnerable countries.

i.In this campaign, special attention is being given to dealing with more vulnerable countries and combating food insecurity, gender-based violence, sexual exploitation and abuse, among others.

ii.As per the UN Emergency Relief Coordinator Mark Lowcock, the $ 2 billion initial appeal by the United Nations on March 25, 2020, has been boosted because income and job losses have increased. However, due to increasing human needs continuously, the updated “COVID-19 Global Humanitarian Response Plan” for the remaining time of 2020 was 6. 7 billion dollars.

iii.In addition to the 54 countries included in the original appeal and programs designed to tackle the situation of increasing food insecurity, 9 vulnerable countries have been added to the plan. These nine additional countries are Benin, Djibouti, Liberia, Mozambique, Pakistan, the Philippines, Sierra Leone, Togo and Zimbabwe.

iv.According to the World Food Programme (WFP), 26.5 million people may be on the verge of starvation by the end of 2020 and there are 2 ways to stop it – the first being to provide money and the second to keep the supply chain running smoothly.