On 15th October 2015 a Gas Cooperation Agreement(GCA) was signed between Jharkhand and GAIL (India) Limited .This agreement is for for creation of Natural Gas and City Gas Distribution infrastructure.The infrastructure will assist the construction of Urja Ganga Jagdishpur-Haldia Pipeline project in Jharkhand. 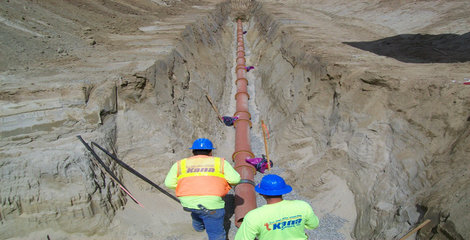 The pipeline can also be used to provide Natural Gas as fuel to the Steel Authority of India plant in Bokaro and fertilizer plant at Sindri.

The 2,000 km-long JHPL, the Energy Highway of Eastern India being constructed by GAIL, will carry the eco-friendly Natural Gas to eastern Uttar Pradesh, Bihar, Jharkhand and West Bengal