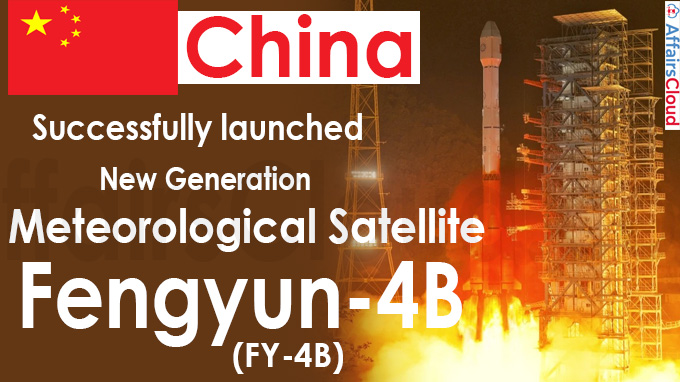 i.Fengyun-4B (FY-4B), was launched by a Long March-3B rocket from the Xichang Satellite Launch Centre in Sichuan Province of China.

Mission – To provide instant forecast on small & medium scale environmental disasters and weather analysis for the use of various environment relied sectors.

ii.FY-4B will work in synchrony with its predecessor FY-4A (launched in December, 2016) to provide accurate weather data.

Note- In April 2021, China launched the core module of its 3rd and largest space station “Tianhe” into space.

Yang Liwei, was the 1st Chinese person to be on Space.