China Open 2017 tennis tournament was held from 2nd to 8th October 2017 in Beijing, China. This was the 21st Edition of China Open for Women’s Event & 19th Edition for Men’s Event. 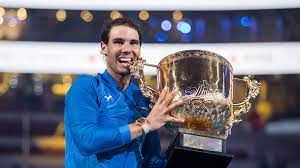 On October 8, 2017, Chan Yung-Jan of Taiwan and Martina Hingis of Switzerland won the women’s singles title at China Open 2017.