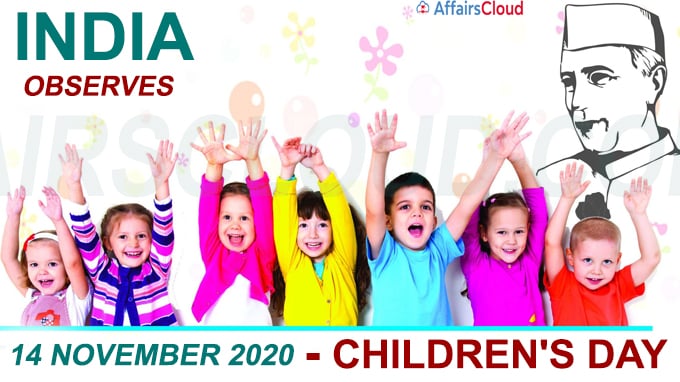 Aim of the day- To increase the awareness of the rights, care and education of children.

On the occasion of the day, various events, competitions and cultural programmes are held across the country in schools, colleges and other educational institutions.

ii.He was also known as Pandit Nehru due to his roots with the Kashmiri Pandit community.

iv.He launched initiatives such as the provision of free milk and meals to children to fight malnutrition.