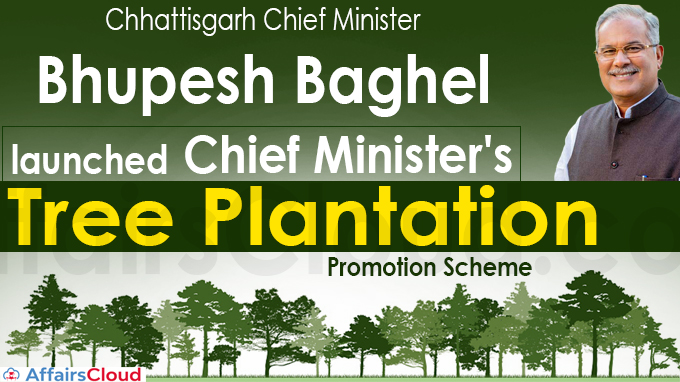 ii.As per the scheme, farmers who have taken paddy crops in Kharif year 2020, if they plant trees in their fields instead of paddy crops, then they will be given an incentive amount at the rate of Rs 10,000 per acre per year for the next three years.

iii.Same process is applicable if commercial plantation is done from gram panchayat funds.

iv.Tree plantation done on revenue land on commercial basis from Joint Forest Management Committee funds would also get an incentive of Rs 10,000 per acre after one year

v.Under the scheme, the forest department will plant more than 99 lakh saplings and distribute 2.27 crore saplings.

The Book  Titled ‘Butterfly Treasure of Chhattisgarh’ Was Also Launched