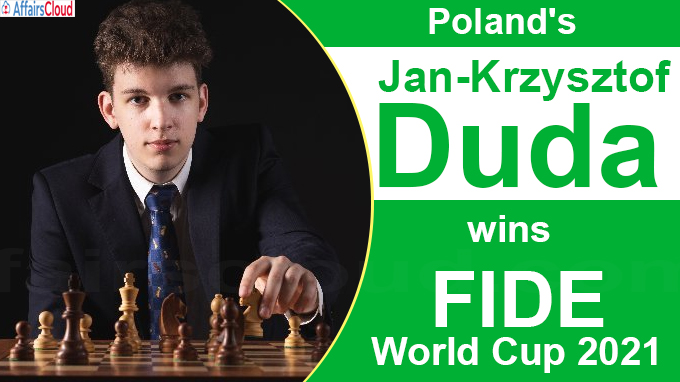 ii.The top 2 finishers of the tournament (Jan-Krzysztof Duda & Sergey Karjakin), aside from World Champion Magnus Carlsen have qualified for the 2022 Candidates Tournament.

iv.The Indian challenge at the FIDE World Cup 2021 ended as Vidit Santosh Gujrathi lost to Jan-Kryzstof Duda in the second game of the Men’s quarterfinals.