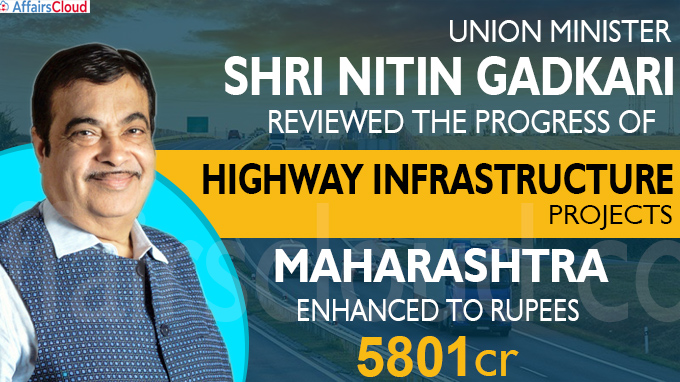 On January 7, 2021, Union Minister Nitin Jairam Gadkari, Ministry of Road Transport & Highways (MoRTH) informed that the Central Government has approved Rs. 5,801 Cr for new 1035 km National highway (NH) between Surat (Gujarat) and Bengaluru (Karnataka) to curb the vehicular pollution in Maharashtra’s Mumbai and Pune. It is approved under the annual plan of MoRTH.

–Apart from above, Rs 1,800 crore projects under the Central Road Fund scheme has also been sanctioned.

–Palkhi Marg’ connecting Pandharpur – Alandi and Pandharpur-Dehu Road will be constructed, which will have a parallel pedestrian track.

–In order to decongest Mumbai-Pune stretch of the National Highway, a separate North-South Highway corridor from Surat via Nashik – Ahmednagar – Solapur would be built for the traffic bound for the southern states.