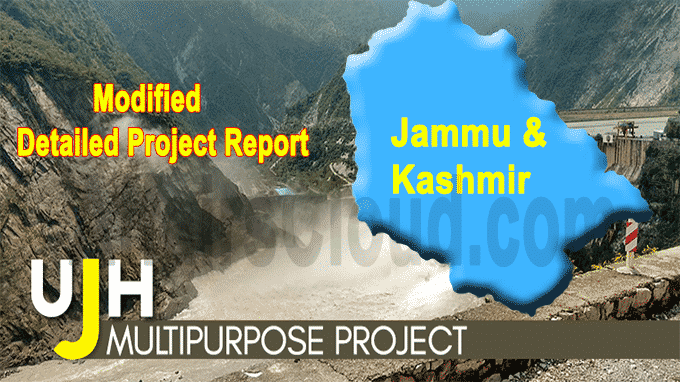 On 16th May 2020, The Centre approved to modification of the Detailed Project Report (DPR) of the Ujh multipurpose Project (MPP) located on the river Ujh, main tributaries of river Ravi in Kathua district of Jammu and Kashmir at the estimated cost of Rs.9,167 crore.

ii.The Central Advisory Committee considering the techno-economic viability of major and medium irrigation, flood control and multipurpose project proposal accepted the project proposal with conditions of keeping the strategic importance from Indus Waters Treaty and the regulations of water flowing across the borders in view.

iii.The Irrigation and Flood Control Department in Jammu and Kashmir framed the modified proposal for the inclusion of a culturable command area(CCA) of 23973 hectares (Ha) in addition to the already approved with the proposed irrigation intensity of 187%.

iv.The DPR of Ujh project was declared as a national project in 2008 and was prepared by the Indus Basin Organisation of the Central Water Commission in 2013

vii.The installed power capacity of the main powerhouse was 186 MW with a dam to power house comprising four units of 2.5MW to harness the hydro-electric potential of the water for environmental release. The total capacity is 196 MW.