The Cabinet Committee on Economic Affairs(CCEA) chaired by the Prime Minister(PM) Shri Narendra Modi approved the following pacts/agreements with the foreign countries on November 27, 2019. The approval in detail are as follows, 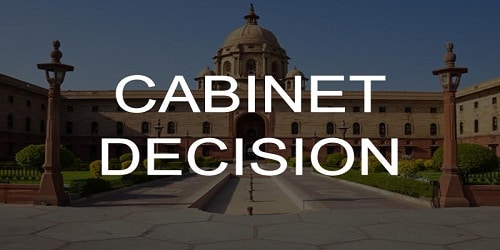 Cabinet approval on MoU between India and Saudi Arabia:

Approval for combating illicit trafficking, smuggling drugs, psychotropic substances and chemical precursors:
CCEA has approved the Memorandum of Understanding (MoU) signed by India and Saudi Arabia in combating illicit trafficking, smuggling narcotic drugs, psychotropic substances and chemical precursors. Under the MoU, the cooperation for the above mentioned field will be done based on the United Nations(UN) international drug control conventions.

India’s Approach to UN Climate Change Conference to be held in Spain approved:
CCEA has approved the negotiating stand of India at the 25th Conference of Parties (COP) to the United Nations Framework Convention on Climate Change (UNFCCC) scheduled to be held in Madrid, Spain (Under the presidency of Chile). The convention will take place from December 2-13, 2019.