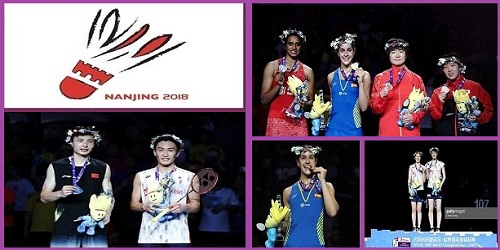 Winners of the BWF World Championships 2018: