We are here for you to provide the important current affairs August 6 2018 which have unique updates of all daily events from all newspapers such as The Hindu, The Economic Times, PIB, Times of India, India Today, Indian Express, Business Standard, all Government official websites. Our complete current affairs helps you to get more marks in Banking, insurance, UPSC, SSC, CLAT, Railway and all other competitive Exams. 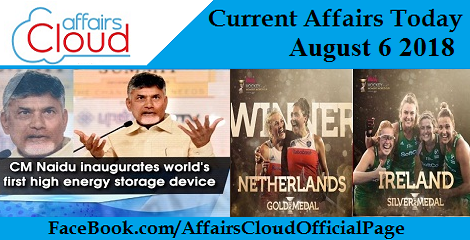 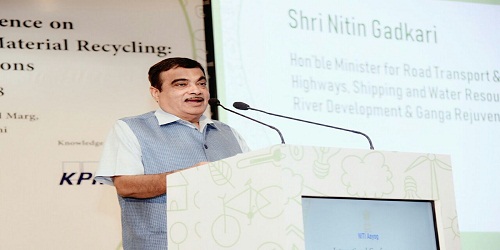 Objective:
Development and growth of material recycling in India, creating jobs , reducing exports and protecting the environment.
Key Points:
i. It had 5 technical sessions on:

ii. This will help in policy formulation on various aspects related to material recycling.

2 committees constituted to monitor illegal immigrants : Manipur Govt
On August 6, 2018, after the final draft of National Register of Citizens (NRC) in Assam, Manipur government has constituted two committees to deal with illegal migrants.
Key Points:
i. The first is State Level Monitoring Committee which will monitor the entry or presence of illegal immigrants in the state.
ii. It is headed by Special Secretary (Home) and includes all the Deputy Commissioners and SPs as its members.
iii. The second is :  the District Level Monitoring Committee with respective deputy commissioners as its chairman.

10th round of talks between India and Sri Lanka to widen scope for free trade agreement to be finalized by December
On August 6, 2018, India and Sri Lanka are going to hold the 10th round of talks on free trade agreements and aims at concluding the negotiations by December.
i. The Economic and Technology Co-operation Agreement (ETCA) would help in boosting economic ties between the two countries by liberalising trade norms.
ii. This would  widen the scope by including services and investments in it.
Background:
♦ India and Sri Lanka have a free trade agreement in goods was implemented in March 2000.
♦ India has a healthy trade surplus in goods with Sri Lanka. India exported goods worth $4.5 billion in 2017-18 and its imports from that country were only $773 million.
♦ Sri Lanka is India’s major trading partner in South Asian region.

B-Hub: country’s first hub for biotech, pharma sector set up in Telangana
On August 6, 2018, the Telangana government will set up a biotech and pharma facility, B-Hub, India’s first organised cluster for life sciences Research & Development at Genome Valley.
Objective:
To support manufacturing activities for bio-pharma R&D.
Key Points:
i. It has been built with an investment of Rs.60 crore.
ii. The space for the facility is: 40,000 square feet.
iii. The B-Hub will be set up through the PPP (Public-Private Partnership) model.
Other Announcements:
i. Along with this a dedicated web portal for the life sciences sector has been launched.
ii. It would create an interface between the government, Industries, Research Institutions and Start-ups.
Background:
♦ These projects are a part of the aim of the Telangana government to make it a ‘Pharma capital of India’.
♦ It would create four lakh jobs at an investment of USD 100 Billion in the next 10 years.
♦ There are more than 800 pharma/biotech units in various parts of Hyderabad now with an estimated annual turnover of $13 billion. 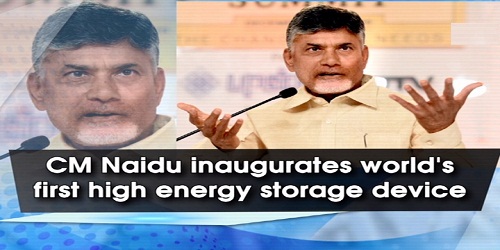 About the Plant:
i. It has been manufactured by the Bharat Energy Storage Technology Private Limited (BEST).
ii. It had an estimated cost of Rs 660 crore.
iii. It has a capacity of 1,000 MW and would be enhanced to 10 GW in the next six to seven years.
iv. The plant in Andhra Pradesh is expected to start commercial operations by May 2019.
About the Project:
i. It is the first of its kind cell aimed at boosting up renewable sources of energy production.
ii. It will be used to store energy for telecommunication, commercial establishments, electric vehicles and highway charging stations.
iii. It can be accessed in remote locations, such as hilly terrains and islands.
iv. Also batteries for telecommunications, mini or microgrids and electric buses would be manufactured in the first phase.
v. Under this project, electric buses, produced by Bilva Motors will deliver an 800-kilometre range with a single charge of BEST’s thermal cells.
vi. These cells can have output ranging between 5Kwh and 1 Mwh.
vii. The potential capacity of the new innovation in India has been estimated to be $60 billion by 2020 which will increase to $100 billion by 2030.
Other Announcements:
i. The renewable purchasing obligation compliance monitoring and reporting web tool of AP was launched.
ii. IIT Roorkee has entered into a MoA with BEST on renewable and sustainable energy technologies for research and industrial collaboration.
iii. Griffiti University in Australia has also entered into a MoU with BEST in energy storage sector.
iv. The smallest unit of BEST will be unveiled shortly with 300 kwh unit, will supply power to 80 houses. 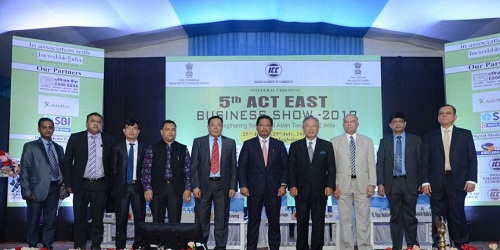 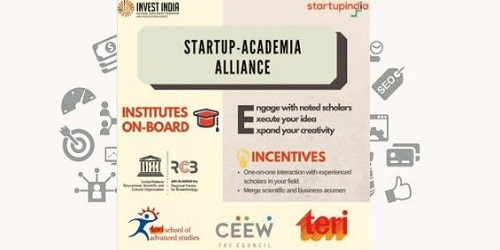 Startup Academia Alliance programme:
i. Aim: to minimize the gap between scientific research and its industrial applications to enhance the impact of these technologies.
ii. This programme tries to implement the Industry Academia Partnerships and Incubation, which is the third pillar on which the Startup India Action Plan is based.
iii. The first phase of Startup Academia Alliance was initiated through partnering with Regional Centre for Biotechnology, The Energy and Resources Institute (TERI), Council on Energy, Environment and Water, and TERI School of Advanced Studies.
iv. Scholars from these institutes working in renewable energy, biotechnology, healthcare and life sciences fields provided mentorship to startups.
v. The applications for Startup Academia Alliance were put up on the Startup India Hub. Startup India Hub has over 2 lakh entrepreneurs and aspiring entrepreneurs from nearly 433 districts in India as users.
vi. 133 applications were received and 43 were shortlisted by institutes based on operational areas and technological relevance.
vii. Startups were selected mainly based on innovative solutions the offer to major problems in various fields. The mentorship sessions have started now.
About Startup India:
♦ An initiative by Government of India
♦ Functions under – Department of Industrial Policy & Promotion, Ministry of Commerce and Industry 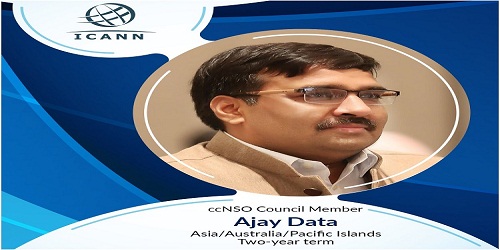 Ajay Data – member of ccNSO:
i. Ajay Data has become the first Indian to be made member of the Country Code Names Supporting Organisation (ccNSO).
ii. He is the founder and CEO of Data XGen Plus. He will take up this position at ICANN’s 63rd Annual General Meeting in Barcelona, Spain, in October 2018.
iii. He will represent India at the global level. He will also be the custodian of Asia, Australia and Pacific Islands as a member of ccNSO.
About Country Code Names Supporting Organisation (ccNSO):
♦ Purpose – policy-development body for global issues regarding country code top-level domains (ccTLD) within the ICANN structure
♦ Chairperson – Katrina Sataki

China successfully tests first hypersonic aircraft: Xingkong-2 or Starry Sky-2
On 3rd August 2018, China successfully tested “Xingkong-2” or “Starry Sky-2”, its first waverider hypersonic aircraft that could carry nuclear warheads and penetrate any current generation anti-missile defence systems.
Xingkong-2 or Starry Sky-2:
i. Xingkong-2 or Starry Sky-2 was launched in a target range in Northwest China.  It was launched in a rocket and was released in the air after 10 minutes.
ii. It flew independently and landed in the targeted area after making large-angle turning maneuvers. It reached an altitude of30 km with a speed of Mach 5.5-6.
iii. It was designed by the China Academy of Aerospace Aerodynamics (CAAA) along with the China Aerospace Science and Technology Corporation.
iv. Waverider is a flight vehicle that flies in the atmosphere and utilises shockwaves produced by its own hypersonic flight with the air to glide at high speed.
v. After several other tests Xingkong-2 will be handed to the People’s Liberation Army for deployment.
vi. The trajectory of a waverider is relatively unpredictable when compared to current anti-missile defence systems.
vii. Any rocket can launch a waverider. The waverider can carry both conventional and nuclear warheads. It can be used in both civil and military applications.
About China Aerospace Science and Technology Corporation:
♦ Chairman – Wu Yansheng
♦ Headquarters – Beijing, China 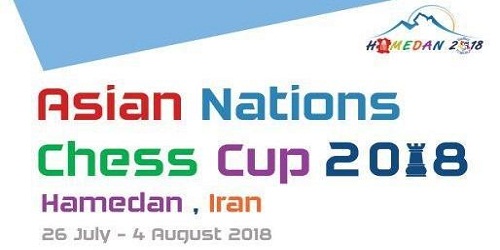 Highlights:
i. India won 5 medals: 1 gold, 2 silver, 2 bronze.
ii. India ranked 2nd in the overall ranking.
iii. The winning team of Gold consisted of : Grand Master Harika Dronavalli , International Master Eesha Karavade, International Master Padmini Rout and Women’s International Masters (WIMs) Vaishali R, Aakanksha Hagawane.
iv. The hosts made it compulsory for all the women participants to wear a headscarf.
Blitz event:
i. India’s women’s team won in this category and clinched the gold medal against Vietnam.
ii. India in blitz women event, pipped Vietnam for top spot. China came third with 17.5.
iii. Men’s team in the Blitz event had to settle for the fourth position.
Rapid Event:
i. The women’s team also bagged a silver in the rapid event and returned
ii. China won the gold medal and Iran Green ranked third.
iii. Iran Green were placed third because they had less number of wins compared to India.
iv. The men’s team won the third rank after Iran Green (1st) and China (2nd).
Classical/Standard Event:
i. India’s women’s team won a bronze in the classical category with 17.5 points.
ii. China bagged the gold and Vietnam got silver as it had more number of wins than India.
iii. Indian Men’s team ranked second with a silver after Iran Green(1st) followed by China (3rd).
Final Standing: 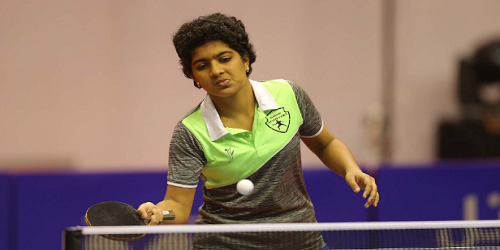 Swastika Ghosh wins bronze:
i. Swastika Ghosh and Jingyi Zhou pair was defeated by Li Lin Jassy Tan of Singapore and Ruei Ling Wen of Taipei 2-3 in the semi finals.
ii. In the junior boys’ doubles category, Indian pair of Raegan Alberquerque and Payas Jain pair reached pre-quarters. But they were knocked out as they lost to Yanapong Panagitgun and Supakron Pankhaoyoy of Thailand.
About ITTF (International Table Tennis Federation):
♦ President – Thomas Weikert
♦ Headquarters – Lausanne, Switzerland

Los Cabos Open 2018
From 30th July to 4th August 2018, Los Cabos Open 2018 also known as the Abierto Mexicano de Tenis Mifel presentado por Cinemex was held in Los Cabos, Mexico.
i. The 2018 Los Cabos Open was an ATP tennis tournament played on outdoor hard courts.
ii. It was the 3rd edition of the Los Cabos Open. It was part of the ATP World Tour 250 series of the 2018 ATP World Tour.
Men’s singles:
Italy’s Fabio Fognini defeated Argentina’s Juan Martín del Potro 6–4, 6–2 in the finals and won the men’s singles title.
Men’s doubles:
El Salvador’s Marcelo Arévalo and Mexico’s Miguel Ángel Reyes-Varela defeated United States of America’s Taylor Fritz and Australia’s Thanasi Kokkinakis 6-4, 6-4 in the finals and won the men’s doubles title.
Highlights:
i. It is the 8th ATP Tour victory for Fabio Fognini. It is also his first victory on hard courts. He had earlier won only on clay.
ii. This is the first time since 1995, a Mexican has won an ATP World Tour title on home soil, as Mexico’s Miguel Ángel Reyes-Varela won the men’s doubles title.
About Association of Tennis Professionals (ATP):
Purpose – governing body of the men’s professional tennis circuits
Chairman – Chris Kermode Women’s Hockey World Cup 2018:
i. Defending champions the Netherlands defeated Ireland 6-0 in the finals and won the Women’s Hockey World Cup 2018 title.
ii. The Netherlands have emerged as the world champions in Women’s hockey for a record 8th time. They have extended their unbeaten performance in all competitions to 32 matches.
iii. Kitty van Male, one among the 6 different goal scorers emerged as the top scorer of the tournament with 8 goals.
iv. Spain won the third place match by defeating Australia 3-1 and won their first World Cup medal. India finished the tournament at 8th position.
About Hockey India:
♦ President – Rajinder Singh
♦ Headquarters – New Delhi

73rd Hiroshima day
August 6, 2018, marks the 73rd anniversary of the bombing of Hiroshima.
i. On this day in 1945, the US bomber Enola Gay dropped the first atomic bomb nicknamed ‘Little Boy’ ever used in military combat on Hiroshima.
ii. The Atomic Bomb Dome was located almost directly underneath the explosion was designated as a World Heritage Site in 1996.
Japan:
♦ Capital: Tokyo.
♦ Currency: Japanese Yen.