Water conservation model, ‘Project Jal Sanchay’ in Nalanda district of Bihar has been selected for the national award for excellence in the Mahatma Gandhi National Rural Employment Guarantee Programme (MGNREGP), by the Ministry of Rural Development. 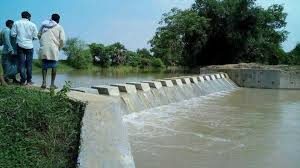 Although Nalanda has been traditionally an agriculture oriented district, it is frequently affected by drought like conditions that negatively impact cultivation and farm production.