This is shani bhushan (discuss id- sunnydvino). i have been selected for bank of baroda pgdbf 2017-18 and would like to share some of my experiences which might be helpful for other aspirants.

ever since i joined engineering course(mechanical) i knew that this is not something to which i would like to spend the rest of my life and also government job was my priority and without interest in engineering one cannot clear GATE or IES. 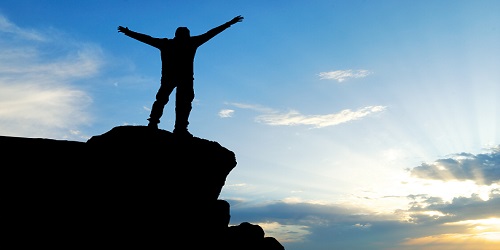 so i decided to prepare for banking as i thought it would be very easy for me to crack….my first banking exam was sbi clerk 2016 and it was just the next day of one of my final semester exams…..so i didn’t get time to prepare anything for exam and went to test my level .

my only aim was to do as much as i can so that i have a chance…in 12 minutes i finished up all english questions……as i never prepared before…reasoning took all my time and i was not able to solve 7-8 questions when 8 minutes were left then i moved to quant …..somewhere i read before that the easy questions are in the last so i went directly to the last questions and did approximation and quadratic……luckily i cleared

then i gave sbi po 2016 …i was struck in a puzzle as i thought reasoning and english are my strength and ended up messing it all…….eventually failed ….

this was the time i realised that banking is not at all easy one needs to prepare hard and smart for it . i downloaded all videos from channels like study smart, study virus,current affairs funda,study iq,etc. to understand the approach i need to follow while solving a question.

after this prelims was never a trouble for me as i never used to  take any question on my ego rather focussed on my strategy .

i gave rrb po,rrb clerk,ibps po ,ibps clerk and cleared all prelims …..rrb clerk mains i skipped as i was no more interested in it. first came rrb po mains..the level between english language and hindi vyakaran was completely different but i didn’t take chances as i never practiced hindi ….eventually failed….

then ibps po 2016 mains was a big moment for me…i had to crack it anyhow….but when i saw the questions i was surprised ….i never saw such questions before …i tried to attempt less and focus on accuracy. i knew that even sbi po was tough but its cutoff went as low as 70 so the same will happen here…..eventually i cleared mains

in ibps clerk mains also a similar paper was there but my experience of ibps po mains helped me to handle it well.

after interview i was sure that i will  clear ibps po and clerk both …..but destiny had its own role to play…i required 55 in ibps po interview ..i got 45 and was not able to clear. i also missed ibps clerk by 1 mark…..

since i had an education loan so the burden of emi started going in my head ….now i knew i do not have much time i prepared for sbi po ….gave 10-12 hours daily ….i scored only 12 in general awareness of ibps po mains so daily i gave 3-4 hours for ga, practiced 2 mocks and analysed them….. i knew that i will not be able to do puzzles in sbi mains and there will be a lot of surprises in mains so i practiced logical reasoning a lot to improve my accuracy in that as i thought this would be my saviour.

in the mean time bob examination also came and i was able to clear it as well because of my sbi preparation.

there is no single strategy for banking and each one who clears it has his/her own strategy. i would like to share mine which i prepared for ibps mains in case i fail in both bob and sbi.

1) Quants — since there is not much time left for preparations as ibps mains is on 26 november….so the strategy to tackle the new pattern di becomes very important …..also if you can hold a good grip on this you can score high in mains and confirm a seat for yourself…….so how to do this….first of all you need to understand what was the question demanding from you in the paper …..remember no formula works in such di….for understanding this …..phase 1—-watch sbi po memory based di solutions by amar sir and study smart…..both of them have explained it beautifully …..try to watch each video 4-5 times so that you understand the demand of the question ……once you are done with this then actual preparation starts……try watching amar sir chapter specific videos remembering the approach you require which you learnt during phase 1….each chapter in quant has a soul which if one understands he never needs any formula….this is the lengthiest process give it full time,dedication and hardwork which it requires……..once you are done with phase 2 ….now all you need is practice ……practice such di questions from wherever u get them…https://affairscloud.com/quantitative-aptitude-questions/data-interpretation/has an awesome compilation and will surely be helpful to you

strategy for remaining subjects which i would have followed

2) GA -, it has 3 parts banking, static and current…… keep banking and static ready from today onwards.. for static just remember them with tricks… eg Google imp September days trick and so on…. for current do any monthly magazine (affairs cloud is awesome)and that should suffice…. remember ga has always been the key to clear mains…….

3) Reasoning —for reasoning what you should understand is that puzzles is an area where they will try to trick you so try to leave puzzles and focus on others…. practice logical reasoning a lot and by a lot i mean a lot by the time you start reaching an accuracy of 8/10 in test series…. i used a trick which worked for me… i used to do logical reasoning in hindi and rest reasoning in English you can try this too if it works….. after that see the memory based paper of 2017 sbi mains……. there were many new questions…. try to understand the demands of the question and practice accordingly as you were doing in data interpretation…… for reasoning data sufficiency and logical reasoning will be the key to score high if practiced well

4) English— this is the trickiest of all….. i was always weak in the level of English asked in mains paper…… so i used to bifurcate the set of questions which i can attempt and which i cannot then i practiced a lot in test series only those questions which i was able to do…. so that i can bring maximum accuracy in that……

5) Test Series— most people will suggest you go for oliveboard…..but i will still suggest go for career power or mahindra test series…. but varies from person to person……..reason is simple you need a test series to practice and ob are too high level for anyone to practice…. these are for those who are already at peak…..to learn from mistakes you need to first make mistakes…. so go for cp….after attempting the paper you have the option of pdf… that the printout and try to find out the areas where you could have scored…. strengthen them and then give another mock till you become perfect

i am waiting for sbi results too…and am hoping it to turn out positive .

remember success is not accidental ..it comes with focus and consulted preparation.

i know the aspirant phase of life is the toughest one….but no one is more stronger than time itself and this phase of yours will also pass ……..

All the best to everyone……wish you all the success ………