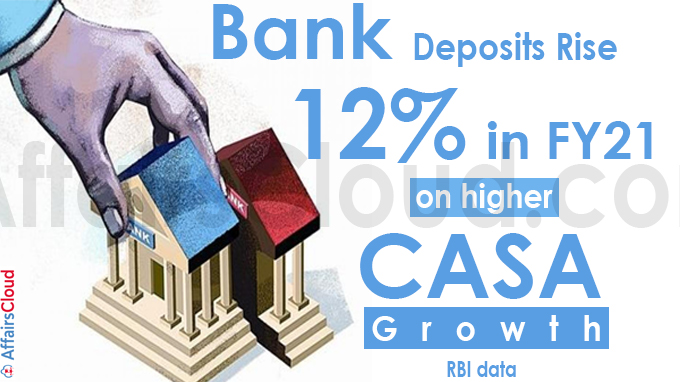 i.Private Sector Banks: The share of private sector banks in total bank deposits in FY21 increased to 30.5 percent from 29.5 percent in FY20.

iii.Deposits of Metropolitan bank branches (which accounts for over half of total deposits) increased to 59.6 percent in FY21 compared with 43.2 percent in FY20.

iv.The share of the Household sector in total deposits was about 64.1 percent in which the individuals (i.e. including Hindu Undivided Families (HUFs)) were the major constituent of the household sector and they contributed 55.8 percent in aggregate deposits.

On August 17, 2021, the Reserve Bank of India (RBI) introduced the ‘Financial Inclusion Index’ (FI-Index) to measure the extent of financial inclusion across India.