Balbir Singh Chauhan the former Supreme court Judge has been appointed as the 21st Law commissioner of India. The post has been vacant since the retirement of 20th law commissioner in September 2015.

Law commissioner: The Law Commission is reconstituted every three years and is usually headed by a retired Supreme Court judge or former Chief Justice of a high court 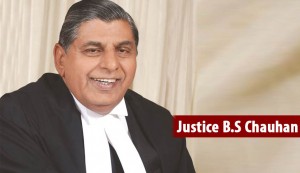