On January 29, 2020 , According to the survey 3rd edition “Transparency In Budgetary Process Report” conducted by Transparency International’s India (TII), Assam tops in the ranking of best practices followed by states in budget formulation with a score of  70. 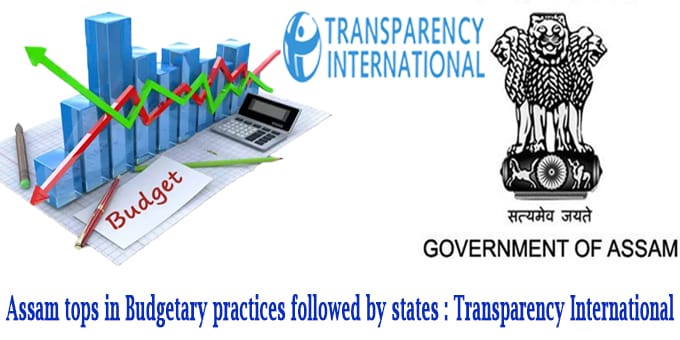