The Asian Boxing Championship 2019 was held in Huamark Indoor Stadium in Bangkok, Thailand. This was the first time women and men boxing championship held together. This event was organized by International Boxing Association or AIBA. 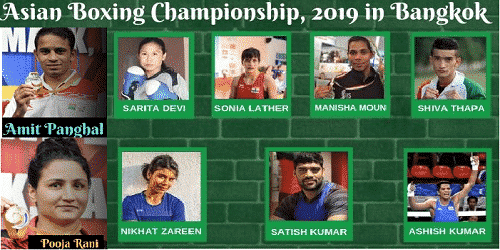