Ravichandran Ashwin became the fastest Indian bowler to reach 150 Test wicket(100th on Indian soil) breakthrough in his 29th Test against South Africa at the PCA Stadium(Mohali) and the joint fourth fastest in the history of Test cricket.

Out of his 150 wickets, Ashwin has taken 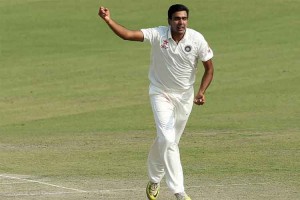 Ashwin has played one wicketless Test in South Africa

Man of the series: Against Sri Lanka