ASEAN-India Commemorative Summit to commemorate the 25th Anniversary of ASEAN-India Dialogue Relations was held in New Delhi on January 25, 2018. 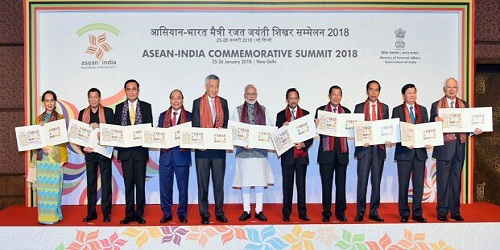