On December 30, 2019 outgoing Indian Army chief General Bipin Rawat has been appointed as India’s 1st Chief of Defence Staff(CDS) till 2022. The CDS is a 4-star single-point military adviser to the government’s defence ministry as suggested by the Kargil Review Committee in 1999 headed by K. Subrahmanyam. 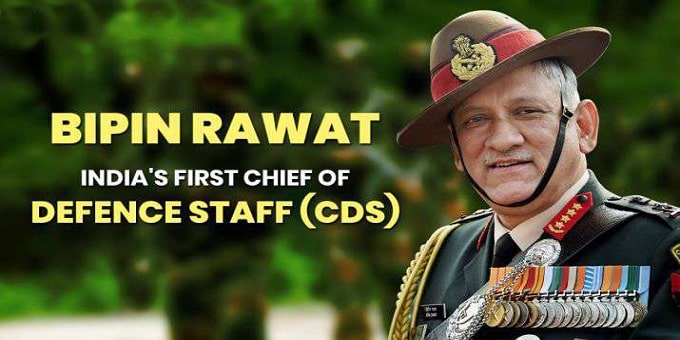 The CDS will serve upto a maximum age of 65 years and will head the Department of Military Affairs (DMA), which will be created within the Ministry of Defence(MoD) and function as its Secretary. The serving period has been increased from 62-65 years by making changes in the Army Rules, 1954.

iii.Other functionality: The CDS will also be the Permanent Chairman of the Chiefs of Staff Committee and act as a Principal Military Adviser to the defence minister on all tri-Services matters. The 3 chiefs of Army, Navy and Air Force will however continue to advise the defence ministers.

v.CDS creation announcement: The creation of the post of CDS was announced by the Prime Minister on 15th August 2019.