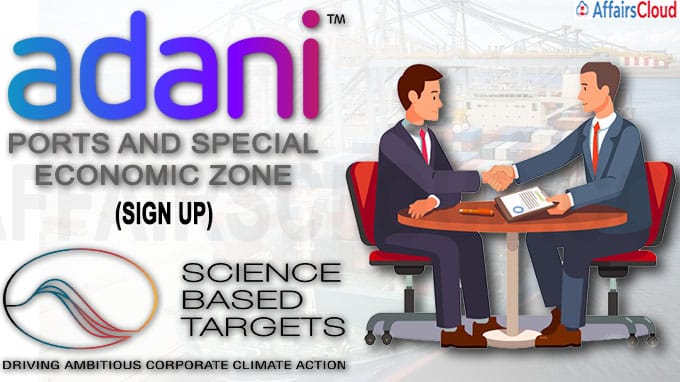 The science based targets are greenhouse gas emissions reduction targets that are in line with the level of decarbonisation required to meet the goals of the Paris Climate Agreement ie., to control global warming below 2°C above pre-industrial levels and pursue efforts to limit warming to 1.5°C.

Note– Companies who sign a commitment letter to SBTi  have 24 months to have their targets approved and published by the SBTi.

ii.In total 16 Indian companies support TCFD, out of which 2 are Adani Group’s subsidiaries.