On March 8, 2020 Andhra Pradesh (AP) Chief Minister (CM) Yeduguri Sandinti Jaganmohan Reddy launched the NIGHA application at Tadepalli, Andhra Pradesh. The app is aimed at curbing the use of money and alcohol in the upcoming local body elections & launched in addition to the measures taken by State Election Commission & Police department in order to control the electoral malpractices.The app was developed by Department of Panchayat Raj. 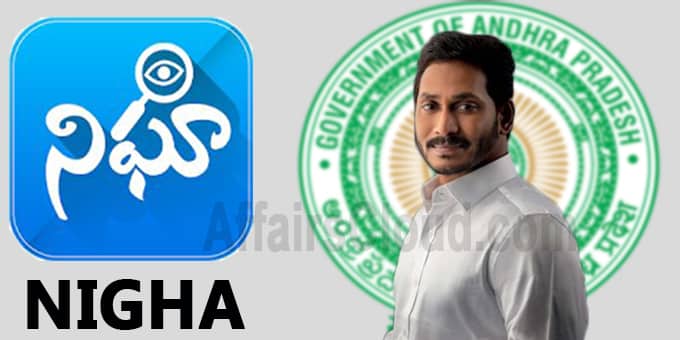 i.About NIGHA App: Citizens can download the NIGHA app on their smartphones and it allows the people to upload photos and videos of distribution of money, alcohol or any other activity that violates MCC (Model Code of Conduct).

ii.The complaint registered through the app will be routed automatically to Central Control Room (CCR) & information will be shared with the officials concerned, actions will be taken.

iii.The State government had earlier brought an ordinance to make amendments to the AP Panchayat Raj Act to take strict actions against flow of money and liquor in elections.

iv.Irrespective of the party affiliation, if the candidate violates the MCC will be imprisoned to (2- 3 years) and disqualification in the election.