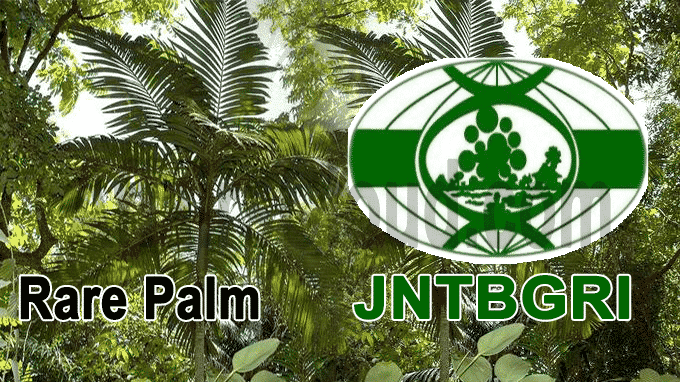 On May 19, 2020, A rare palm of South Andaman Island ‘Pinanga andamanensis’ will be grown in Palode (Kerala) with the help of  Jawaharlal Nehru Tropical Botanic Garden and Research Institute (JNTBGRI).

i.Pinanga andamanensis was recorded as a time-extinct species, is related to Areca Palm. Only 600 plants specimens are found in a small area of ‘​​Mount Harriet National Park’ in South Andaman.

ii.Germplasm (means a living resource like tissue and seeds that are preserved for plant breeding) of the rare palm of the Andaman Islands will be protected on the Indian mainland to ensure its continued existence even if it is destroyed by the Andaman Islands at the time of natural disaster.

iii.Colourful history: Pinanga is ‘Critically Endangered Species’, one of the endangered species of the Andaman Islands & was first described in the year 1934 by ‘Italian botanist’ Odorado Besquerie. In the year 1992, it was considered extinct.

Note: The palm requires 5 to 6 hours of sunshine, 80% of humidity. It thrives well in areas where the temperature is between 22 degree Celsius and 24 degree.

Why is the palm tree named Pinanga?

The name is derived from ‘Penang’, a state in Malaysia. Penang has its origin in ‘Pulau Pinang’, which means ‘Island of the Areca Nut Palm’.